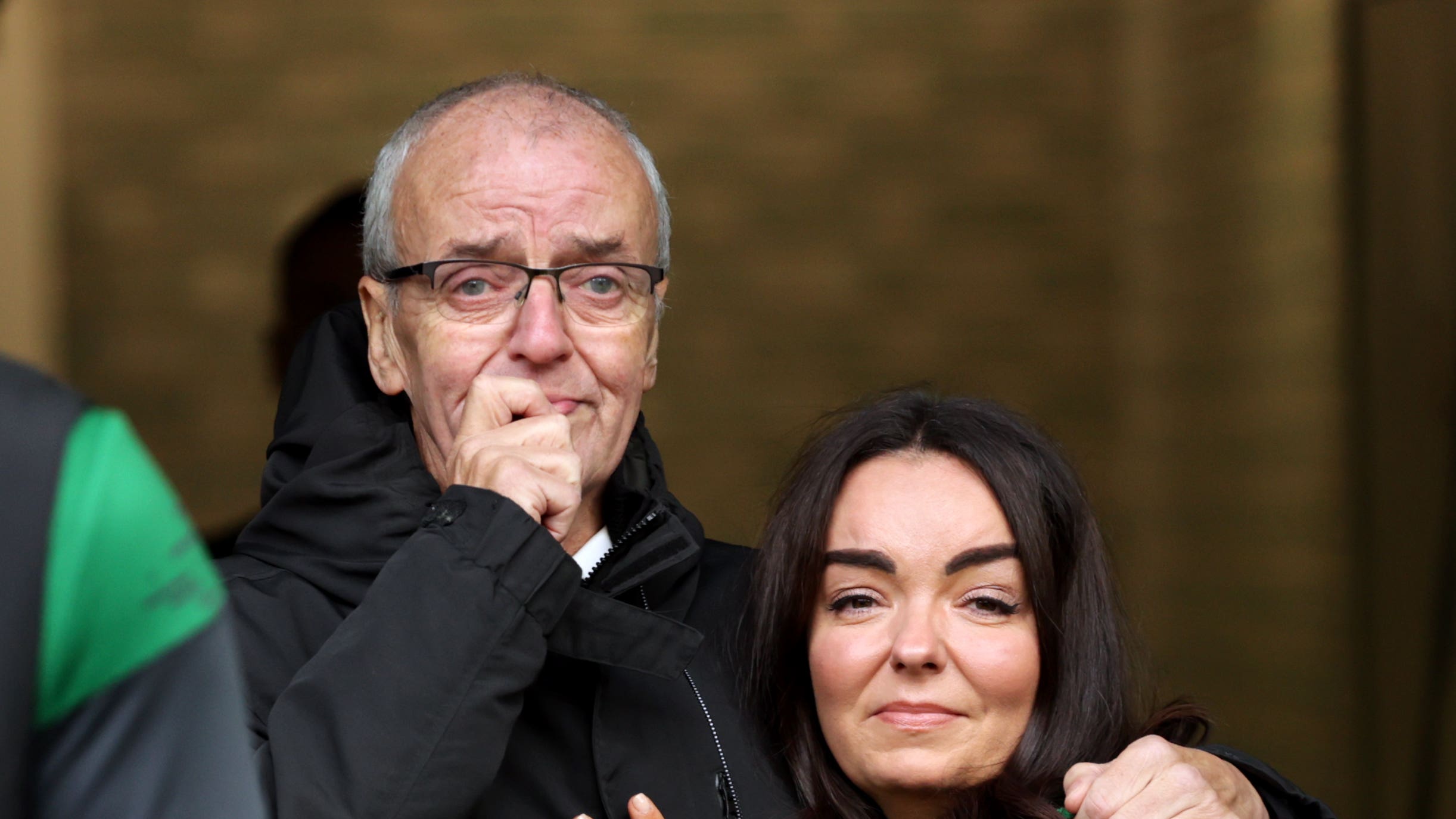 Frank McGarvey was given a rousing reception when he made an emotional appearance on the Parkhead pitch before Saturday’s game between Celtic and Hibernian to thank Hoops fans for their support following his cancer diagnosis.

McGarvey and his family were guests of Celtic and he was given a huge ovation by supporters as he emerged from the tunnel with daughter Jennifer before telling fans, “I want to tell everybody at Parkhead today, I love you all.”

His last game for Celtic was the 1985 Scottish Cup final against Dundee United, where he scored the winner in the 2-1 victory at Hampden Park.