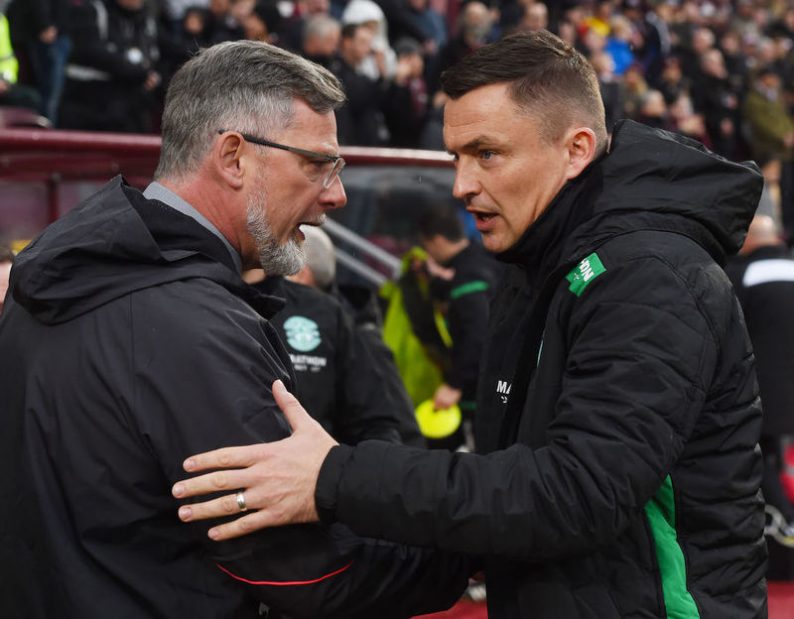 GABRIEL ANTONIAZZI: 5 things we learned from the Edinburgh derby

GLENN WHELAN CAN STILL CUT IT AT THE TOP

There were a few people doubting Glenn Whelan’s signing when he joined in late August (including myself).

Where would he fit in the team? Was he worth the high wages? Was he still up to the task where other over 30’s coming up from England have failed (see: Joey Barton)? Well, his display on Sunday proved he was worth it.

He completely commanded the game in the way Scott Brown so often has done for Celtic and he’s the calming and assuring presence Hearts have been craving for in the middle of the park.

If he can continue this form for the rest of the campaign then Hearts will fire up the table and he will prove to be a real coup for Craig Levein.

HIBS SUMMER SIGNINGS HAVEN’T SETTLED OR ARE NOT GOOD ENOUGH

On the other hand, the recruitment at Hibernian this summer has simply not been up to scratch and this game only confirmed it.

In my previous article I said that the signings were questionable but I really feel that they are no upgrade to what they already have.

Josh Vela has played most games but has not brought balance to the midfield, with Stevie Mallan and Scott Allan alongside him.

Christian Doidge was on the bench again and that £250k could surely have been spent elsewhere, say, Lawrence Shankland.

Joe Newell didn’t even get on and whilst Glenn Middleton was bright in his 15 minute cameo but he is a Rangers player.

Naismith and Maxwell are fine but are they improvements on what they already have? There must be serious questions asked about the recruitment policy and who is making the decisions at Easter Road.

HECKINGBOTTOM IS A MAN ON A TIGHTROPE

This leads on to the next conclusion.

Pre-game the fixture was dubbed as ‘El Sackico’, suggesting the losing manager could face the chop.

The heat on Heckingbottom has seriously turned up now as you could tell by the ringing boo’s at the full time whistle.

Leeann Dempster and the American owners only appointed the Yorkshireman in February, he is their man.

To bullet him now would be an acceptance of their own failure so I do not expect it to come instantly but if things do not turn around before Christmas I do not think Dempster will rest on her laurels and let the cloud of relegation threaten them down in Leith.

When Hibs were leading with just 20 minutes left to play it seemed that Levein’s doom was signed, sealed and delivered. But the former Scotland manager stood up and changed his fate, by making big substitutions.

Taking two ‘big’ players off in Sean Clare and Loic Damour and bringing on young Andy Irving and Callum Morrison turned the tie on its head.

The width from those two stretched the game and created space to be attacked for both of them, as well as Meshino and Mulraney. Hibs were suddenly on the back foot and it was all Hearts.

Levein can put the victory down to his own tactical nous and it might very well have saved his skin.

NEITHER TEAM WILL THREATEN FOR EUROPEAN PLACES

Even though Hearts impressed in the final stages of the game, they were poor in the first half.

Hibs were the opposite and no one would have said that a draw was an unfair result.

The Old Firm are miles ahead of the rest but worryingly for Hibs and Hearts the other top half teams look like they are also ahead of them in terms of the hunt for the Europa League places.

Aberdeen and Derek McInnes have the know-how and will be there or thereabouts as they always are.

Motherwell look so exciting going forward and will score plenty of goals, I would be stunned if they do not finish in the top half of the split.

Angelo Alessio looks like he is starting to get a tune out of his Killie players, whilst Livingston and Ross County are capable of big performances.

With all of this in mind, I simply cannot see, unless something drastically changes soon, either Edinburgh side playing European football next season.