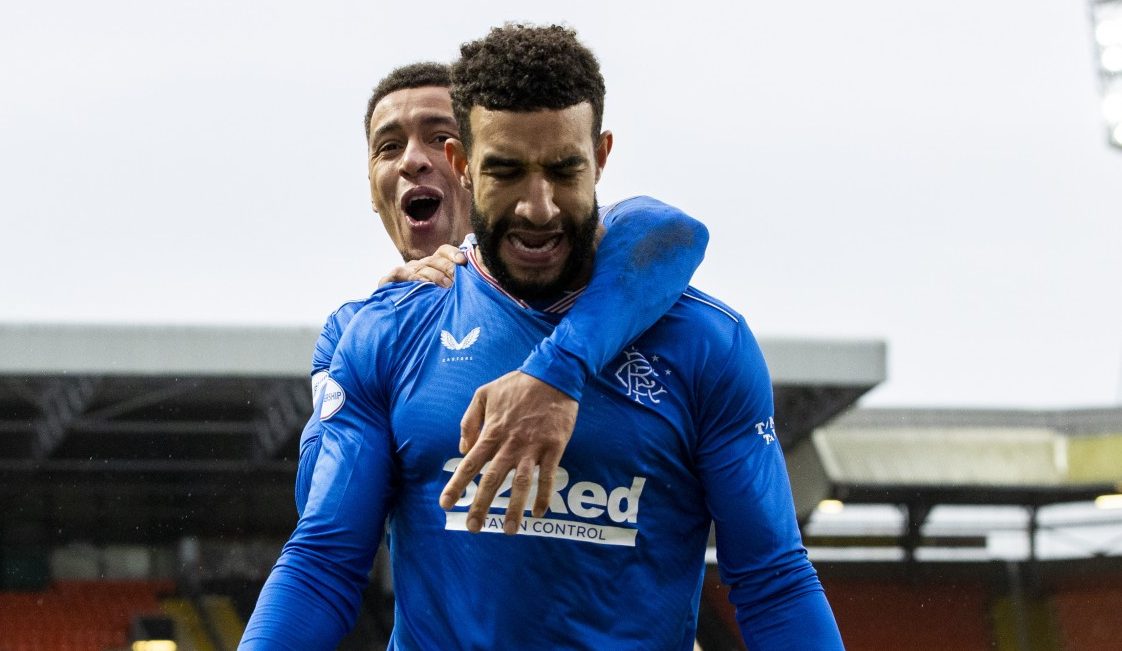 GABRIEL ANTONIAZZI: Rangers have the best defence I’ve ever seen in Scotland

Rangers have the best defence I’ve ever seen in Scotland but they must improve in attack to go one step further than last season’s Europa League Last 16 finish.

The Gers have been nearly flawless all season and are set to be crowned champions for the first time in a decade next month, lifting their 55th title at the expense of Celtic.

Steven Gerrard’s men are 15 points ahead but have only scored 5 more than the current holders.

Whilst the Hoops have been mostly erratic and only impressive in spells, the Ibrox side have been well drilled, controlled and defensively solid all season.

The champions elect have only conceded 8 goals after 29 games, which is frankly unbelievable and could break the English Premier League record of 15 goals, set by Jose Mourinho’s Chelsea in his first year in charge, back in 2005.

Compared to Brendan Rodgers’ 2016-17 side, Rangers certainly aren’t as swashbuckling under Gerrard.

Celtic racked up 106 goals under the Irishman and Gerrard’s men will have to win every game to equal the Hoops 106 points record.

However, they certainly could equal their status as league ‘Invincibles’ and will keep out less than their 25 concessions.

There is no doubt the current defensive record holders, Celtic of 2001-02, was far more star studded, with Didier Agathe, Bobo Balde, Johan Mjallby and Tom Boyd among others lining up at the back, but their record of 18 goals conceded will also likely be broken.

Collectively, this current unit is certainly the best I have ever witnessed live in the flesh.

Allan McGregor, at 39, is having possibly his best ever season, with his sensational reflexes still on show whenever he is required.

Connor Goldson is the commander at the back and when you see him in an empty stadium, his ability to lead and read the game shines through.

Whoever plays between the pacey Leon Balogun or wise Filip Helander, they slot in perfectly.

Borna Barisic will start for Croatia at this summer’s European Championships, and has 13 assists from his reliable left boot.

Captain James Tavernier has already been named Player of the Month twice this campaign and has 17 goals to go with his 15 assists in all competitions.

Despite all of this positivity, they must up their performance at the other end to improve on last years’ elimination at the hands of Bayer Leverkusen.

In 2021, it has been more about grinding out results, with just 1 goal scored in each of their last 4 games, having also only scored more than 2 goals just once in their last 10 matches.

That won’t suffice on the continent. They must become more fluid up top again if they want to book a spot in the Europa League Quarter Finals.

Gerrard is likely to go with a midfield three of Steven Davis, Ryan Jack and Glen Kamara, definitely the most well balanced and experienced trio for European nights.

However, that takes out an extra midfield runner, Joe Aribo or Scott Arfield, who get into the box and have a hand in goals.

This puts a bigger burden on the three forward players to deliver.

Gerrard has praised the firepower that Kemar Roofe and Alfredo Morelos will give the team as they return from domestic suspensions, but they only have 3 goals between them this calendar year.

Cedric Itten has made a solid start to life in Scotland but only has 5 goals in all competitions and is unlikely to be trusted from the start.

Ryan Kent has 7 goals and has 11 assists, and is by far the most creative player in the side, but he has only scored twice in his last 29 appearances and needs to find the back of the net more often.

Ianis Hagi has stepped up lately, scoring the decisive strikes against St Johnstone and Hibernian. He could also be pivotal in unlocking tight defences of the European elite.

The Gers have scored during both halves in all 5 away fixtures they’ve played in this season’s Europa League and scored at least twice in all but 1 of their 6 group games, form which they will need to rediscover.

So far this season Rangers have stepped up to every challenge and this time will be no different as Steven Gerrard aims to reach the Europa League Quarter Finals.