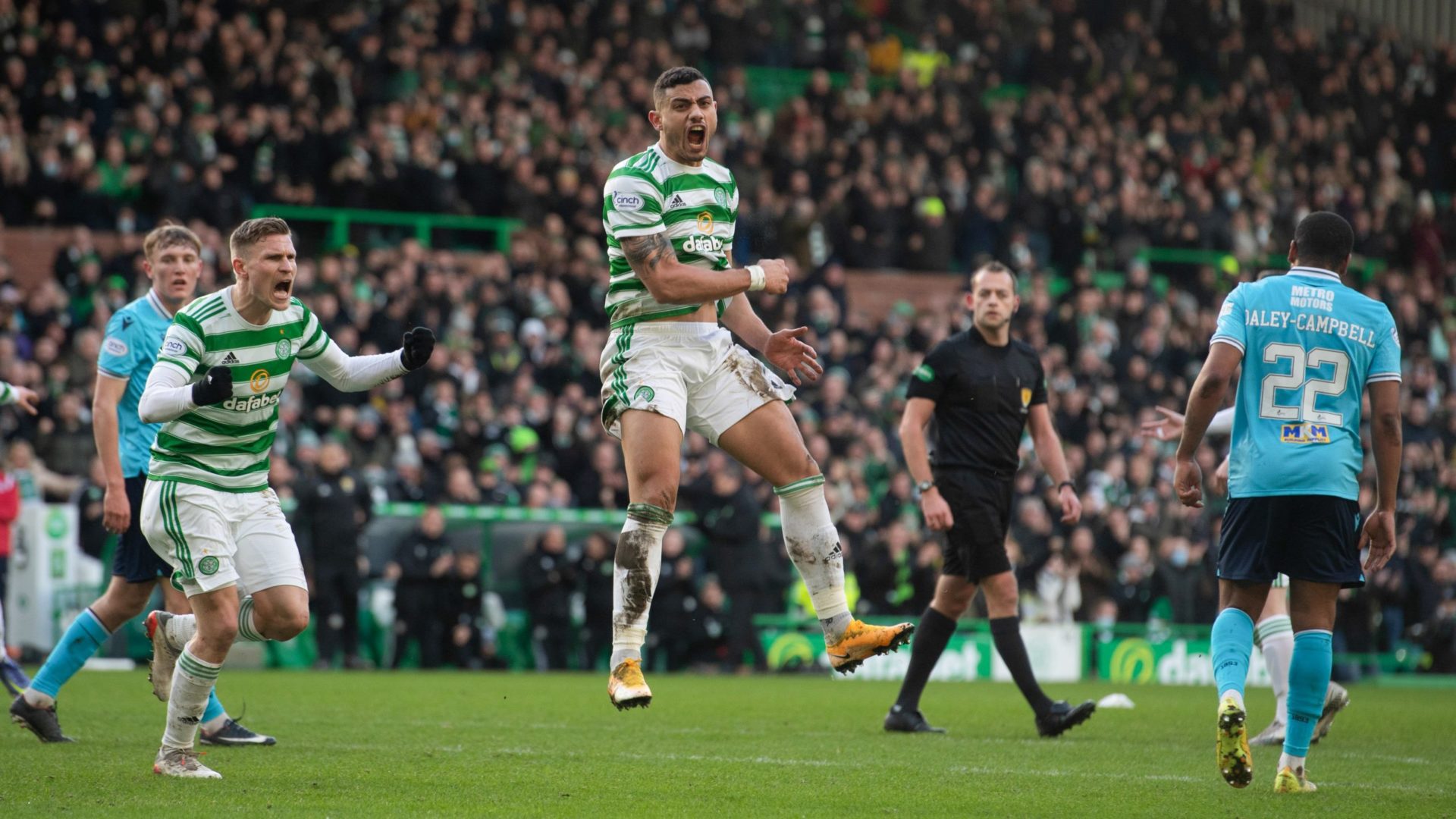 By Craig VickersFebruary 20, 2022No Comments

Giorgos Giakoumakis netted a hat-trick to send Celtic four points clear at the top of the Scottish Premiership with a 3-2 win over Dundee at Celtic Park.

The Dee, with new boss Mark McGhee watching on from the stands, went ahead through Danny Mullen, before they were pegged back before the interval with a quick fire double from the Greek.

Ryan Sweeney’s header then drew Dundee level, but the late twist in the tale was provided by Giakoumakis as he met Anthony Ralston’s cross at the front post.

The victory moves the Hoops three points clear at the summit of the table after Rangers were held to a 1-1 draw by Dundee United earlier in the day.