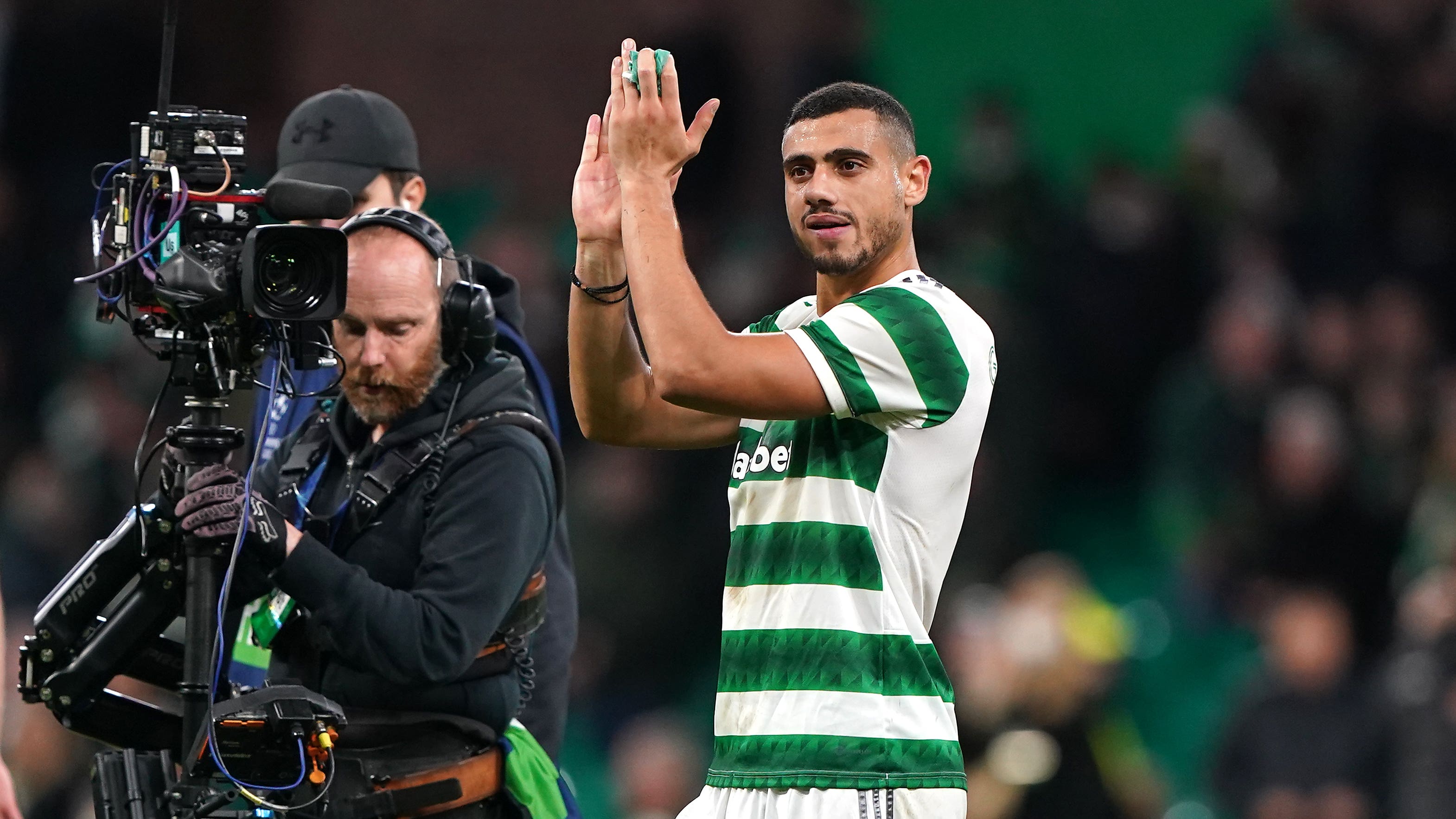 Celtic manager Ange Postecoglou praised Giorgos Giakoumakis for his attitude after the substitute threatened several times in a 2-0 cinch Premiership win over Kilmarnock amid ongoing speculation over his future.

Giakoumakis reportedly wants a move after talks over an improved contract fell through and the Greece international has not started since October.

But he showed plenty of hunger after replacing Kyogo Furuhashi just after the hour mark, hitting the crossbar from long range and forcing a brilliant save from Sam Walker with a powerful header.

Postecoglou said: “Apart from the fact Giorgos was unlucky not to score, his work-rate, his tracking back, the way he was holding the ball up for us, he was good. He worked his socks off and he has all the time.”

When asked about his future, the manager said: “I just deal with what is in front of me. Jacko has been working hard and Kyogo is in great form, scoring every week.

“So he is having to come on and make a contribution and he hasn’t flinched from that.

“I don’t think about who I want to keep or who wants to leave. I just work on the basis of the group I have in front of me. If anything changes, I deal with it.

“People have their own ambitions in their football career. My goal is to make sure we are supporting them in their endeavours. It they think opportunity is better for them elsewhere, then we will go through that process.

“I don’t think about it because I may want to keep all of them but I could get offers in for them.

“I think it was my first year of coaching that my favourite player left me after two games because he had a better offer, so I have never fallen in love with them.”

Celtic struggled to create chances until Jota netted from close range after Daizen Maeda got in behind in the final minute of the first half, but they came close on numerous occasions after Ash Taylor put through his own net while trying to stop Furuhashi scoring in the 51st minute.

Postecoglou added: “I thought, first half was a bit sticky, we didn’t really get in the game, our flow. Give them credit, they were well structured, well organised. Our decision-making wasn’t great.

“Second half, I thought we were really good – dominated the game, played in the areas we wanted to, scored a great goal and probably should had two or three more.”

Celtic paid tribute to Frank McGarvey before the game after the former striker died on New Year’s Day and Postecoglou had urged his side to make his family proud.

“I know his kids were here and I did speak to the boys about it before the game,” he said.

“Frank was a guy who sat in that dressing room, wore that shirt over 200 times, scored over 100 goals for this football club and we have got to make sure we always honour those kind of people because they are part of the Celtic family.

“For all our guys in the dressing room now, some of them have kids and are watching them play, just like Frank’s kids were watching today. So hopefully in a pretty difficult time we gave them a little bit of joy today. I’m sure Frank would have been pleased with what he saw.

“I know Kevin Bridges, who is also a massive Celtic fan, lost his father in the last couple of days as well. Our thoughts and prayers to those people, they are all part of this family.”

Killie manager Derek McInnes – whose side face Celtic in the Viaplay Cup semi-finals next week – praised his players’ organisation and attention to detail until the opener.

“For the first time we allowed Maeda inside us. As soon as the ball is played Jota is on his way. He attacks the space brilliantly – and better than any of our players – and that’s why he gets his goal. We have to sense danger that bit quicker.

“The second goal comes from us attacking. One or two decisions allowed us to be counter-attacked. We then tired a bit.

“There is enough encouragement for next week. But we are going to have to be pitch perfect and we weren’t quite there.”