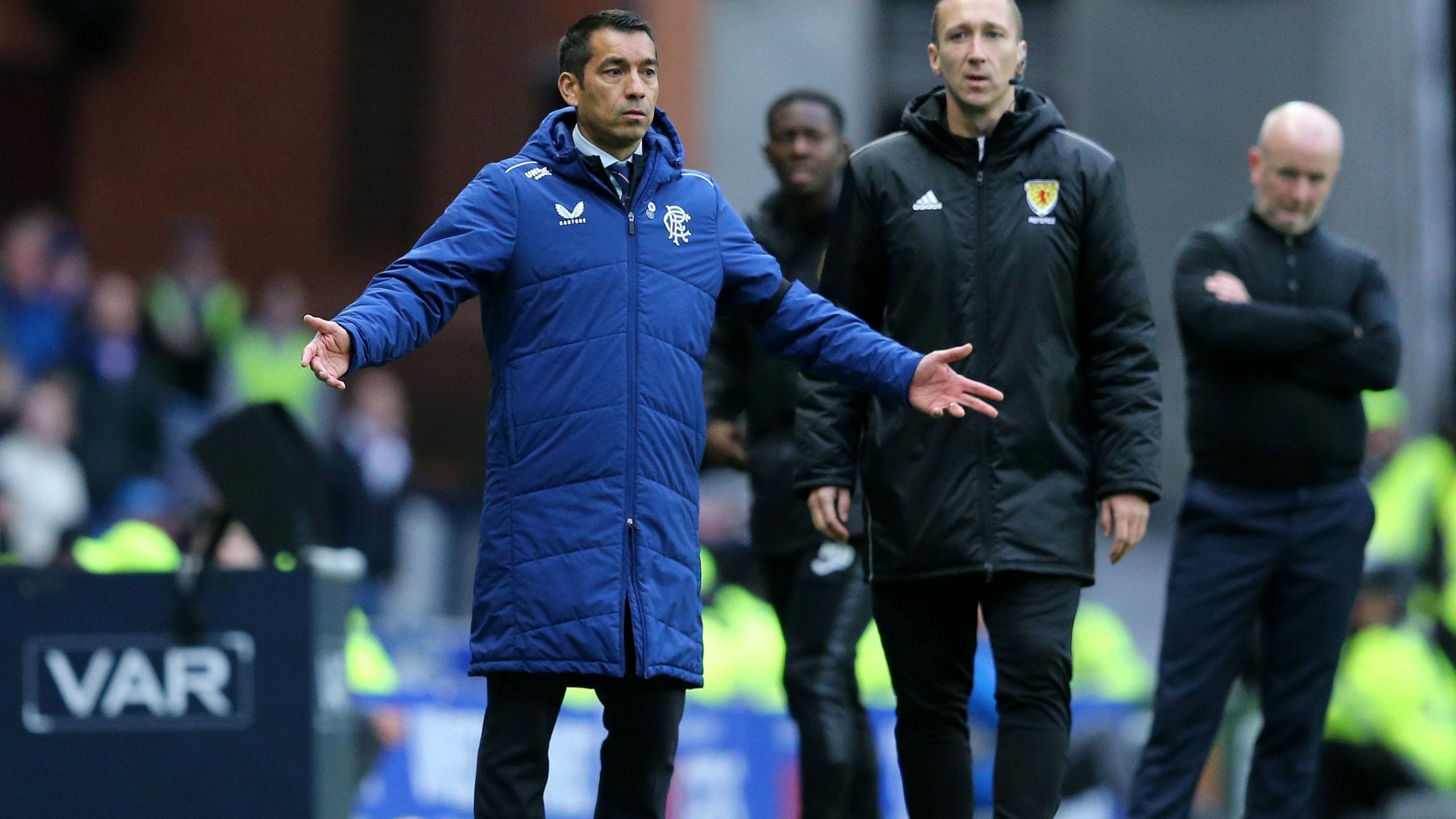 Giovanni van Bronckhorst insists he can turn it around at Rangers after his side were booed off again following the 1-1 cinch Premiership draw with Livingston at Ibrox.

The Light Blues had incurred the wrath of their supporters after struggling to beat Championship side Dundee 1-0 in the Premier Sports Cup quarter-final clash in Govan on Wednesday night.

The Gers boss had demanded some style against Livi but it was more of the same stodge after striker Joel Nouble’s fourth-minute drive gave the well-drilled visitors the lead.

Livi substitute Morgan Boyes was sent off in the 78th minute after referee David Munro upgraded a yellow card to a red for a tackle on Gers substitute Alfredo Morelos following a VAR check before Rangers midfielder John Lundstram volleyed in an equaliser in the final seconds of normal time.

There was to be no winner in seven minutes of added time, leaving Rangers four points behind league leaders Celtic and there were sustained boos from the Gers fans at the full-time whistle.

“I believe my players are still behind me and working hard to overcome this moment,” said under-pressure van Bronckhorst.

Addressing the fans’ disgruntlement he said: “I am trying my best.

“As a manager you have to stick with your beliefs, the way of playing and sometimes it is not going the right way.

“I understand that but for sure when you are not performing as a coach, as a team, and you are not getting results of course people will not buy into it.

“It is not (just) for me, it is for every coach in this profession.

“If it is not going well then eventually it is end of story, that’s for everyone but I think we can still turn it around.

“I have to believe we can play the way we can play but we have to put energy into it and all my energy goes into making sure we are ready for the next opponent.

“It is a difficult moment for us. We had only a one-goal margin against Dundee in Wednesday so we needed a good win today for three points but we haven’t had that and that is hard to take.

“We need to keep working hard. We are not playing the way we can as a team, the players not performing the way they and if you combine that and lose a goal really early the confidence goes really low and it affected it throughout the whole game.”

Van Bronckhorst revealed 18-year-old centre-back Leon King came off at half-time feeling sick, with substitute Rabbi Matondo coming back off with a sore back.

It was VAR’s domestic debut at Ibrox and Livi boss David Martindale claimed the sending off was key to the West Lothian club falling short of winning at Ibrox for the first time but he had no complaints about the decision.

He said: “With 11 men I genuinely think we would have picked up three points today.

“But it is a red card all day. I thought that at the time. I thought we maybe got away with one. As soon as the ref went to the monitor I knew he was going off.

“I don’t think there was any malice in the tackle, coming into a high-intensity game it is just very hard to pick up the pace right away.

“He shouldn’t have gone to challenge for that one, he is a wee bit late but I have no complaints with the red card.”