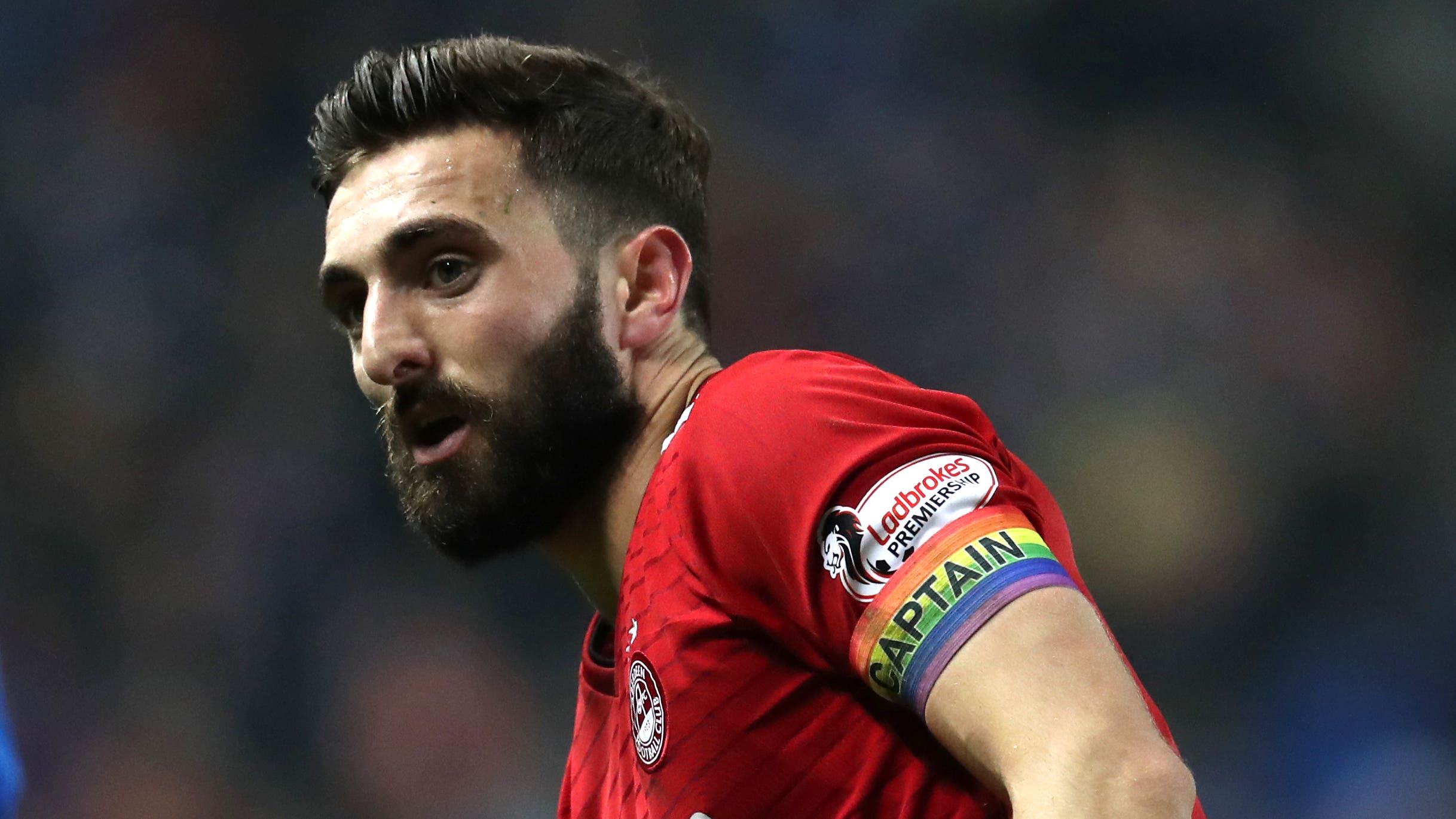 Graeme Shinnie: Players have to handle the pressure of being at Aberdeen

Aberdeen midfielder Graeme Shinnie has stressed the Dons players need to show why they were brought to Pittodrie and stand up to the pressure.

Jim Goodwin and his squad have some making up to do with the supporters following their 5-0 defeat by Hearts on Wednesday.

Aberdeen have only won once in eight games since the World Cup break ended and have lost their last six games away from Pittodrie.

The form is far from the ideal backdrop for a tricky Scottish Cup fourth-round tie at Darvel, who have come from the Ayrshire Juniors ranks to sit top of the West of Scotland League Premier Division in Scottish football’s pyramid.

Shinnie said: “When you are at a club like Aberdeen, if you are not winning games pressure is always there.

“You always have individual pressure. I’m not happy with how I played, that’s my pressure to do well and to do the best I can.

“And then comes the pressure of the team to do well and win games, and when you are at a club like Aberdeen the demand is there to win games. And if you don’t do that, the pressure is going to ramp up.

“We are at this club for a reason, we’ve got to handle that.

“As players our full focus is changing the form around. I’ve been here a relatively short time but there is a good team spirit, the manager here is very good and we are all trying to come together to turn the results around.”

Darvel have already scored 23 goals in the competition including five away from home against League 1 promotion hopefuls Montrose.

Their squad includes players such as former Ross County midfielder Ian McShane, ex-Motherwell and Ayr striker Craig Moore and Ross Caldwell, who played for the likes of Hibernian, St Mirren and Morton.

Shinnie said: “We’ve got a tough game on Monday. People will look at this game and Darvel as a junior team, but they’ve got a lot of good players that could play a lot higher than where they are.

“It’s one we are up for, it’s one where we need to show a reaction from Wednesday night’s game, and one we need to step up and be counted for.

“Every game is tough in this country, the Scottish Cup is a very tough competition. There are no easy ties to get through.”