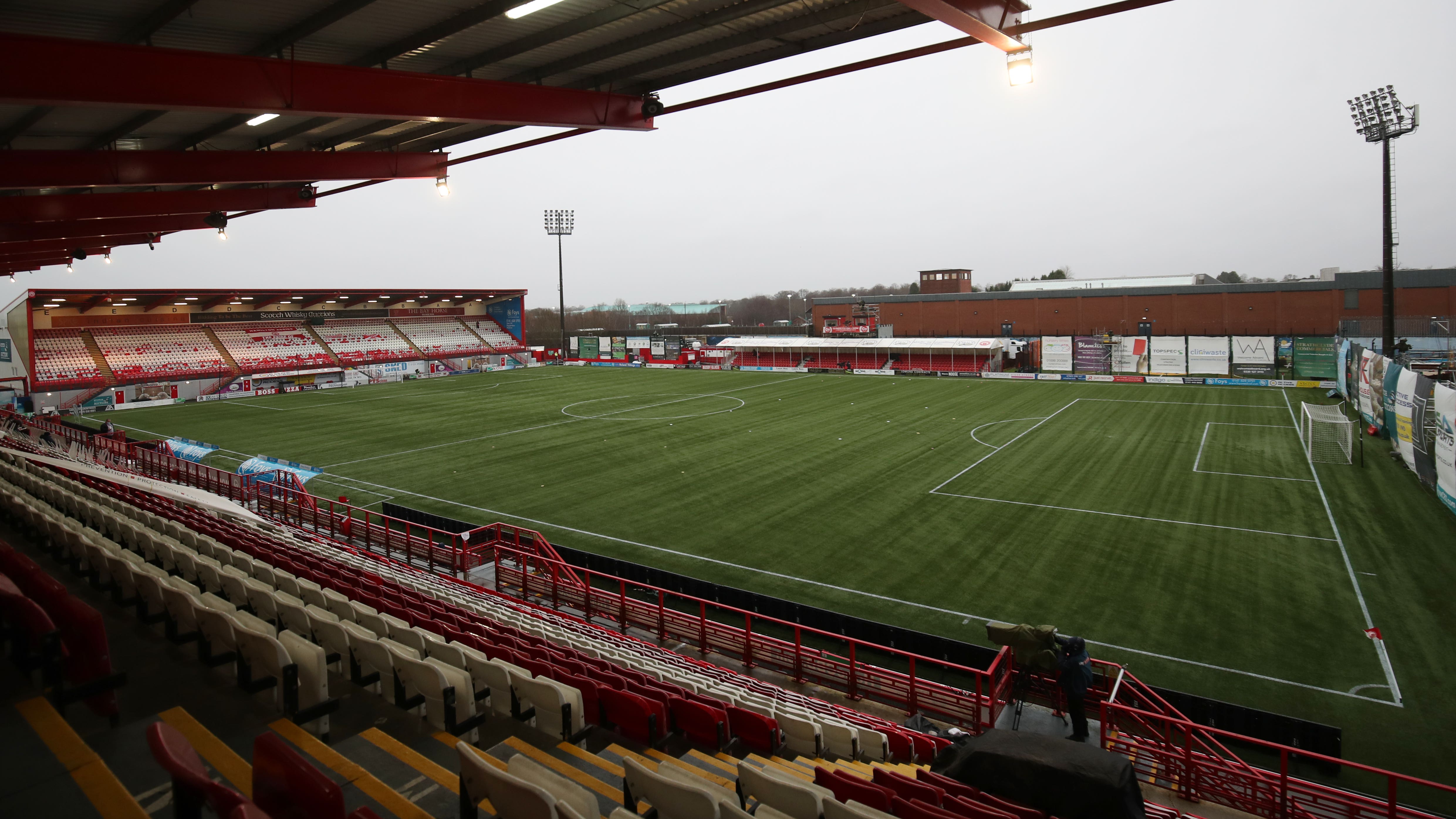 Hamilton won the battle of the bottom sides as they reached the fifth round of the Scottish Cup with a 5-3 penalty shoot-out victory over Ross County.

The two sides could not be separated after extra-time at New Douglas Park which meant that penalties were required and it was the Championship strugglers who progressed.

It was a contest that showed plenty of signs of a game being played between two clubs in the lower reaches of their respective leagues, with 120 minutes dominated by sloppy possession and missed opportunities.

Hamilton boss John Rankin made one change from the side that beat Morton last weekend, with Chrissy McGinn coming in for Daniel O’Reilly.

It was the visitors who started the better and had a flurry of early chances, most of them created by their brightest spark Yan Dhanda, who orchestrated some neat moves for Ross County from the base of midfield.

Hiwula – who was handed his first start since November – should have given the Premiership side the lead after latching onto Dhanda’s teasing low cross but could only smash his effort straight at Ryan Fulton.

Owura Edwards blasted the ball over from close range before Hiwula spurned another brilliant opportunity after 16 minutes when he was on the end of an inch-perfect Dhanda corner and his misguided header went over the crossbar.

Ross County boss Malky McKay shuffled the pack at the break as his side tried to assert their dominance, with Victor Loturi replacing Kenneh.

The visitors continued to peg back the home side and went agonisingly close to opening the scoring as Ross Callachan nearly found the corner with a looping header, but it was scrambled off the line by Dylan McGowan.

Jordan White did not do much different from Dhanda’s dangerous deliveries as he headed over the crossbar from close range with his first touch of the ball, while Andy Ryan drew a smart stop from Ross Laidlaw as extra-time loomed.

William Akio came close to winning it for County, but his shot was saved by Fulton, before – up the other end – Dario Zanatta’s effort came crashing back off the post.

Jordan White, who was subject to a bid from St Johnstone this week, missed his spot-kick from 12 yards and that proved decisive as Ryan’s effort sent the Championship side into the fifth round.