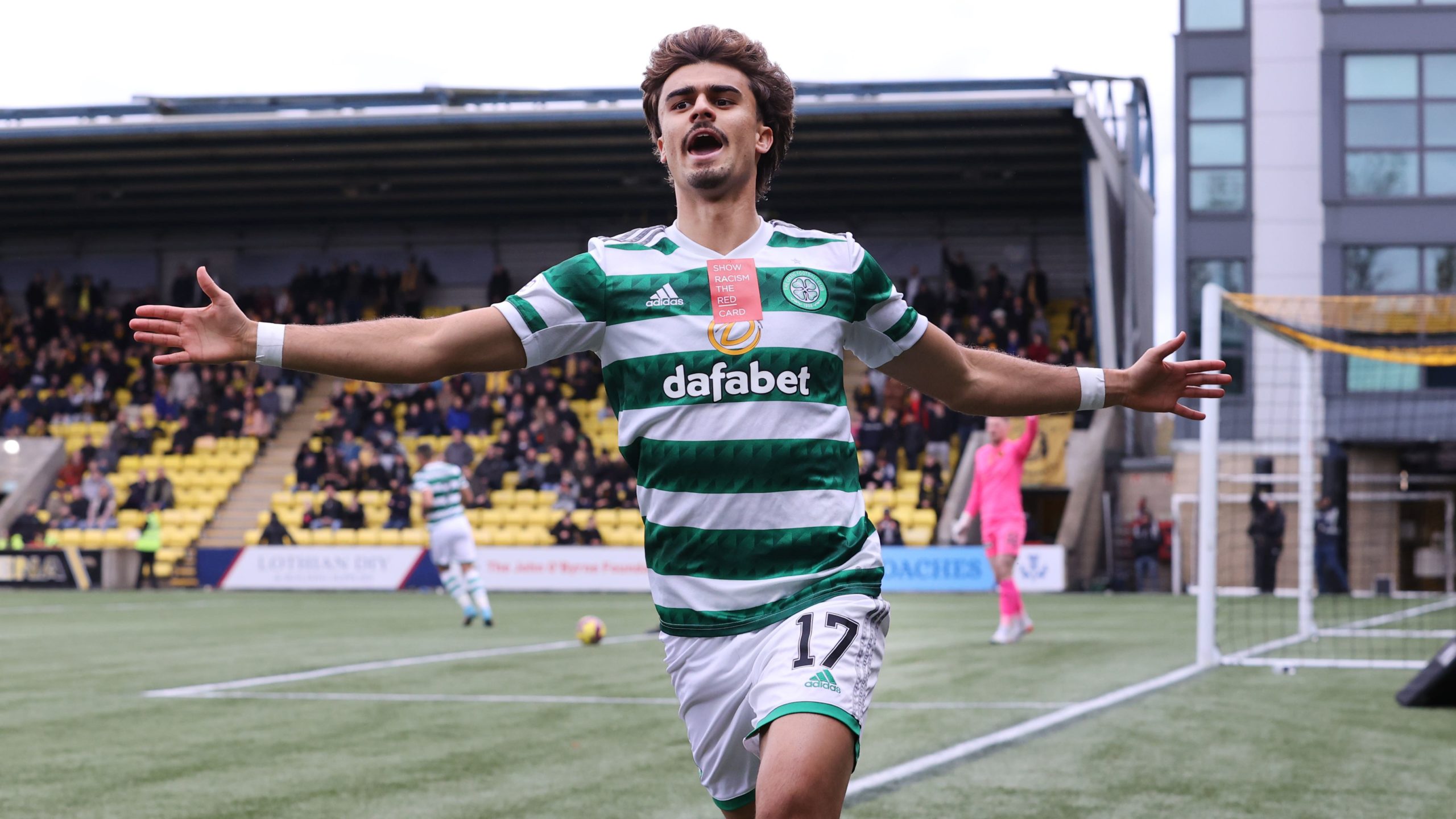 Celtic winger Jota took another step in his career development with his recent inclusion in Portugal’s 55-man provisional World Cup squad but he is not getting carried away.

The 23-year-old winger signed for the Hoops on a permanent deal from Benfica in the summer after a successful loan spell at the Parkhead club and has become fans favourite.

After missing five games with a muscle injury he climbed off the bench at Livingston on Sunday to score a clinching third goal in a 3-0 win after strikes from  Kyogo Furuhashi and Greg Taylor and a missed penalty from Giorgos Giakoumakis.

Jota has played at under-age levels for Portugal but has never been capped for the senior side, although national coach Fernando Santos has included him in his interim group which will be whittled down next month.

Jota said: “That’s a very good moment for me and for my family. I’m just grateful for everything that is going on.

“Two years ago I was not even playing for any club. I was at a club of course, but I wasn’t having many minutes.

“Two years later, to be on this 55-man list is something very good for me, but this is just another step.

“I just need to keep working and enjoying it on the pitch, and everything will come naturally.

“You cannot just be obsessed with those kinds of things.

“I wake up every day with the mentality of being a better person and a better football player, and building a strong base to be better.”

Jota was pleased to be on the scoresheet, converting a cross from fellow substitute David Turnbull in the closing minutes as Celtic restored their four-point lead over Rangers at the top of the cinch Premiership.

He said: “It was a very important moment for me coming back from injury, but most of all it was about the victory for the team.

“This was a game that we knew was going to be very difficult like every season, every time we come here, but I was very happy to get the win.”