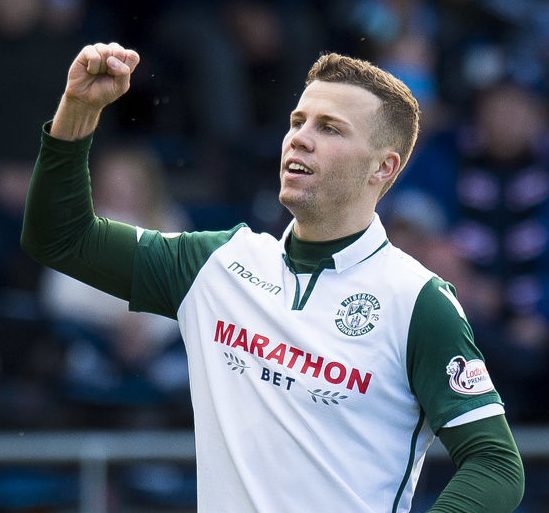 Hearts are no better than us insists Hibernian striker Florian Kamberi

Florian Kamberi insists Edinburgh rivals Hearts are no better than Hibernian despite their storming start to the season.

Craig Levein’s side sit five points clear at the top of the table after extending their unbeaten run to six games after a goalless draw at home to Livingston on Saturday.

Neil Lennon’s side are in third spot, behind second placed Rangers on goal difference, but the Hibees forward thinks there is nothing between the pair.

He said: “I think the Hearts team is not better than us if we compare the league.

“They are doing very well, we have to accept that, but we have to focus on ourselves to bring performances every week, not to look to other clubs.

“I think we have been doing that in the last two weeks and if we play like we did in the second half in this one, then I think we can beat every team.”