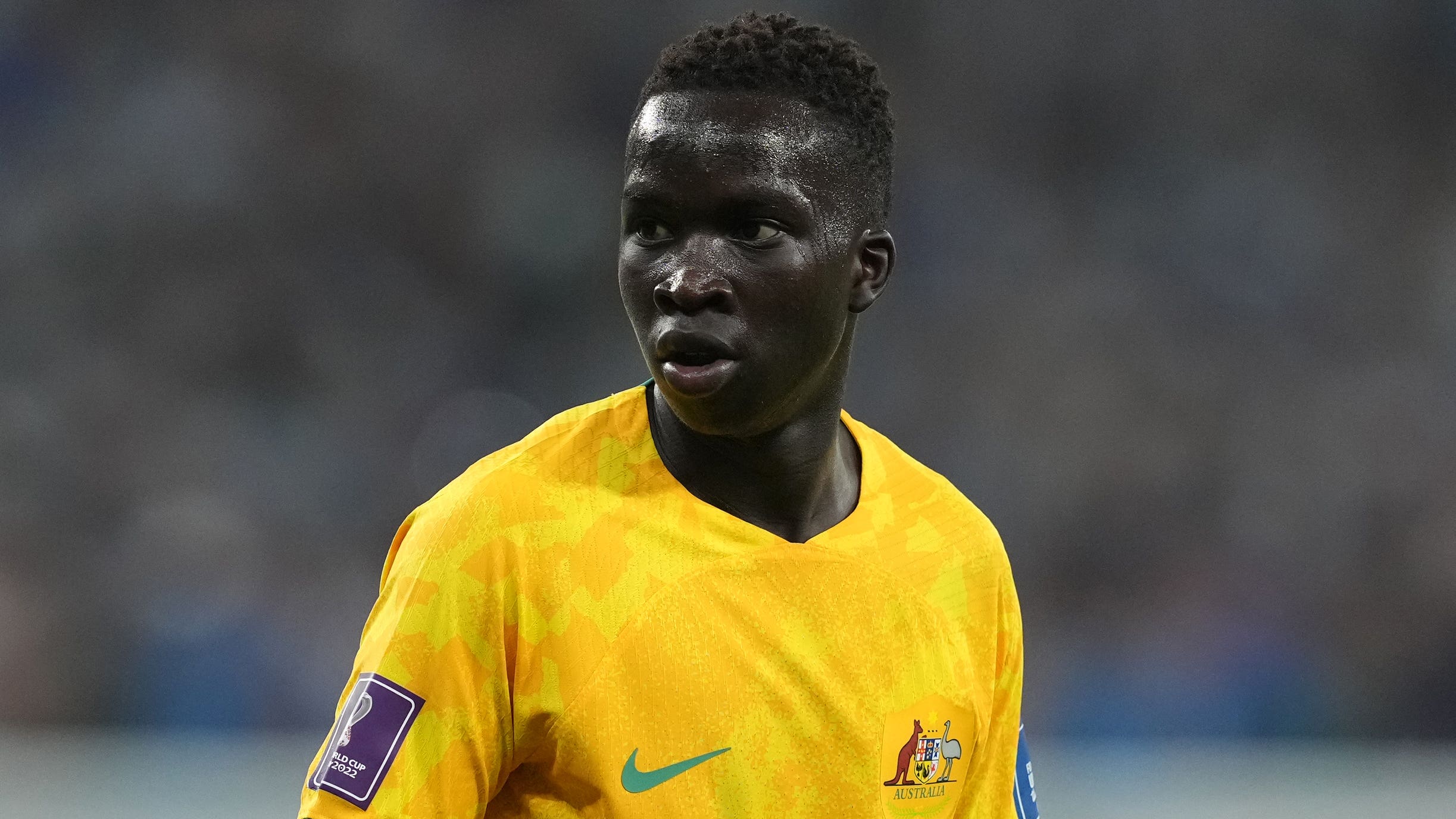 Robbie Neilson hopes Hearts can finalise the signing of teenage Australia international forward Garang Kuol on loan from Newcastle in the coming days.

The 18-year-old, who played for the Socceroos at the World Cup in Qatar, visited the Jambos’ training base last week with a view to moving to Edinburgh to accelerate his development after joining the Magpies this month from Central Coast Mariners in his homeland.

Neilson revealed that a deal has now been agreed between the clubs and it could be formalised before Friday’s cinch Premiership match at home to St Mirren.

“We’re just on the paperwork at the moment to try and get it done,” said the Hearts boss on Wednesday. “I’ve no idea if it will be done by Friday. It would be great if we could but we’ll just need to wait and see.”

Kuol is on course to become Hearts’ third January signing after they announced the arrivals this week of English defender James Hill on loan from Bournemouth and Japanese forward Yutaro Oda. Both could feature in the squad for Friday’s match, although Neilson is keen not to throw 21-year-old Oda in at the deep end.

“Potentially,” said the manager when asked if he could be involved against the Buddies. “He looked alright (fitness-wise) today so we’ll see where he is over the next day or so. He’s not played since the end of November so fitness-wise we need to develop him. It will be a gradual process to get him into the first team.

“It will take time for him to settle so we’ve got to be patient with him. We’ve got to make sure that firstly he’s ready to take to the pitch.

“We’re just trying to help him adapt to a new culture and a new side of the world, so I think it will take a bit of time, but he’s a football player and what he does on the pitch is the most important thing. We just have to make sure we help him out with that.”

Another target Hearts are homing in on is their former player Callum Paterson, although it remains to be seen if Sheffield Wednesday are willing to let him leave this month.

“The two sporting directors have spoken so we’re just waiting for a response,” said Neilson. “Callum’s contract is up at the end of the season so we’ve been speaking to him about his future. It’s down to Sheffield Wednesday now.”

Asked if he envisaged more signings beyond those mentioned, Neilson said: “Not too many. It’s about bringing good quality in and I think the two we’ve brought in so far will add to us.”

Neilson also confirmed that Beni Baningime, who has been out since last March with an ACL injury, still has some way to go before he can return.

“I’m not really sure,” he said when asked for an update on the midfielder’s recovery. “He’s not been out running yet so that tells me he’s probably going to be another couple of months.”