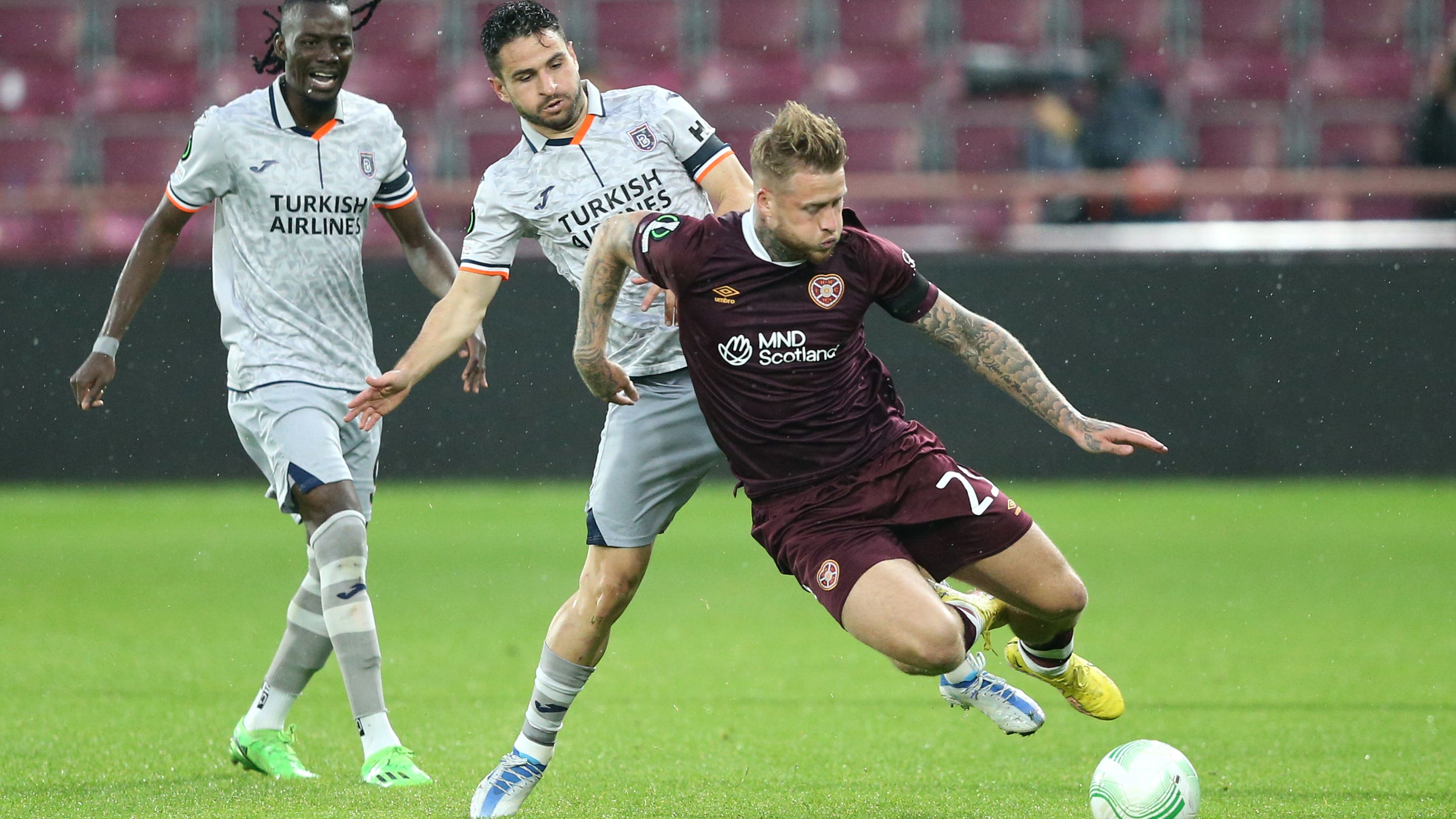 By By Anthony Brown PADecember 22, 2022No Comments

Robbie Neilson is hoping Hearts will have Stephen Humphrys back in time for the upcoming Edinburgh derby.

The on-loan Wigan forward has been out since sustaining an ankle injury in the 4-3 home defeat by Celtic two months ago.

The Englishman – who scored in back-to-back matches against Kilmarnock and Fiorentina shortly before being sidelined – is now back in training and has a chance of being fit for the cinch Premiership showdown with Hibernian at Tynecastle on January 2.

“It’s gradual with Humphrys,” said manager Neilson. “He’s had it a couple of times where he’s come back and joined in training then broken down again so we’re taking our time a bit with him just to make sure that this is the time he comes back with us.

“He won’t make this weekend (away to Dundee United) but potentially next week, depending how he gets through all the different aspects he has to do.”

Another player who has been sidelined longer than initially anticipated is Peter Haring. The Austrian midfielder has not played since suffering a head knock in the 2-0 defeat away to Aberdeen in mid-October. Neilson admits the club are not currently able to put a timeframe on Haring’s return.

“Peter’s going through his protocols,” said the manager. “It will be down to Peter and the doc to make a decision on that.

“You just need to be careful with guys now. Gone are the days where you can just come straight back into it. Peter will be fine given time but it’s just how long that time will be.

“We can’t put a date on it yet. He’s seen a specialist and the specialist is comfortable with it. Peter’s not had any history with head knocks. He just took a bad knock in the Aberdeen game. It’s just a case of getting over it.”

Hearts have been linked with January moves for versatile Sheffield Wednesday player Callum Paterson and Japanese forward Yutaro Oda but Neilson was coy when asked about his targets.

“There’s no news at the moment,” he said. “There are numerous players we are looking at. I don’t really like to talk about individuals out of respect for their clubs.”