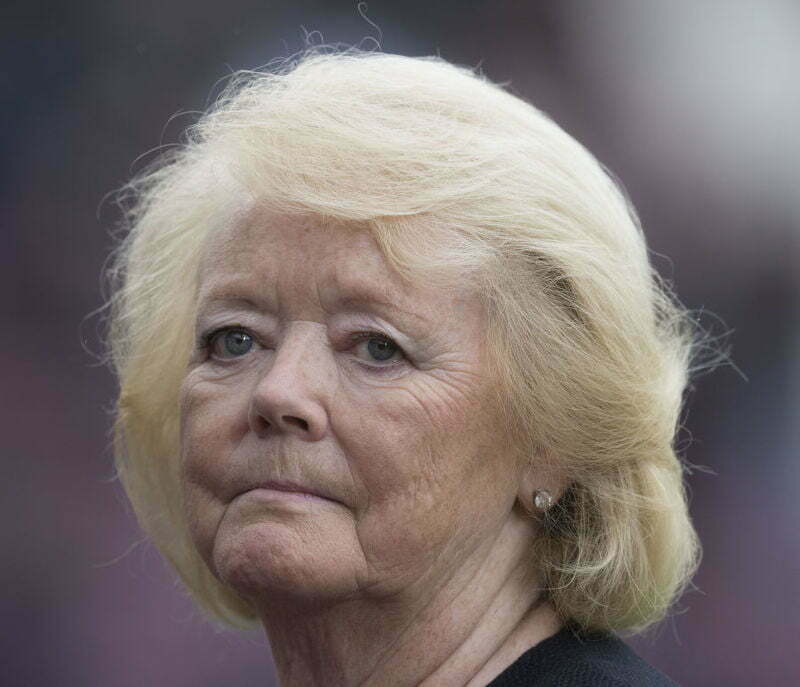 Hearts chief Ann Budge says she’s “astonished” at the decision to host both Betfred Cup semi-finals at Hampden on the same day.

It was announced yesterday, after discussions with the SPFL, Police Scotland and the four affected clubs, that both ties would take place at the national stadium on Sunday October 28.

The fixture chaos ensued after Rangers and Celtic were kept apart in the draw, with both having to negotiate Europa League matches just days before the planned encounters.

Hearts will face Celtic at 7.45pm – just hours after Rangers and Aberdeen battle it out for a cup final spot, after kicking off at 12pm the same day.

Through a statement released on the club’s official website last night, the bemused Jambos owner expressed concerns over travelling supporters and the condition of the pitch.

It read: “The 4 clubs involved in the semi-finals met today at Hampden to discuss arrangements for the matches.  We were advised that our semi-final match with Celtic will be played at 7.45pm on Sunday, October 28th at Hampden with Aberdeen facing Rangers at the same venue at 12pm.

“Whatever options I may have expected, I was astonished…and I was not alone in that regard…to be informed that both games would be played on the same day at Hampden.  I had gone into the meeting, confident that the games would be scheduled for different venues…or if not, for different days.

“It was explained that it was essential to play both games at Hampden because of contractual obligations between the SPFL and Hampden and that the heavily congested fixtures meant that postponing one of the games to the following week was not feasible.

“We were further advised that both Police Scotland and Hampden have given their assurances to the SPFL that they will be able to manage the demands of two games in one day.

“We discussed this at length and I made it clear that we were far from happy with the scheduling, particularly in light of the difficulties it would cause to all travelling supporters…from all clubs.

“At a time when Scottish football is thriving we should be doing all we can to encourage fans to come along…not make it difficult or even impossible.

“I also expressed my concern, from a footballing point of view, in terms of whether  the pitch would stand up to two games in one day, especially if the weather is bad.  We were assured by the representative from Hampden that this would not be a problem.

“Still concerned, I asked whether the SPFL would explore with Hampden the possibility of releasing us from the obligation to play both games at Hampden given the very special circumstances.

“I was advised late this afternoon that a formal request had been made following our meeting but that no release from our contractual obligations was possible.

“In summary, I have made my feelings clear, on behalf of Heart of Midlothian Football Club, both in person and in writing, that we do have serious concerns that the planned schedule is not in the best interest of Scottish football, the club and certainly not the supporters.

“Following further conversations this evening, I do not believe the plan can/will be changed.  However, we will remain in dialogue with the SPFL to try to ensure we make this occasion what it should be; a memorable day out for the supporters of all four football clubs involved in the competition.”