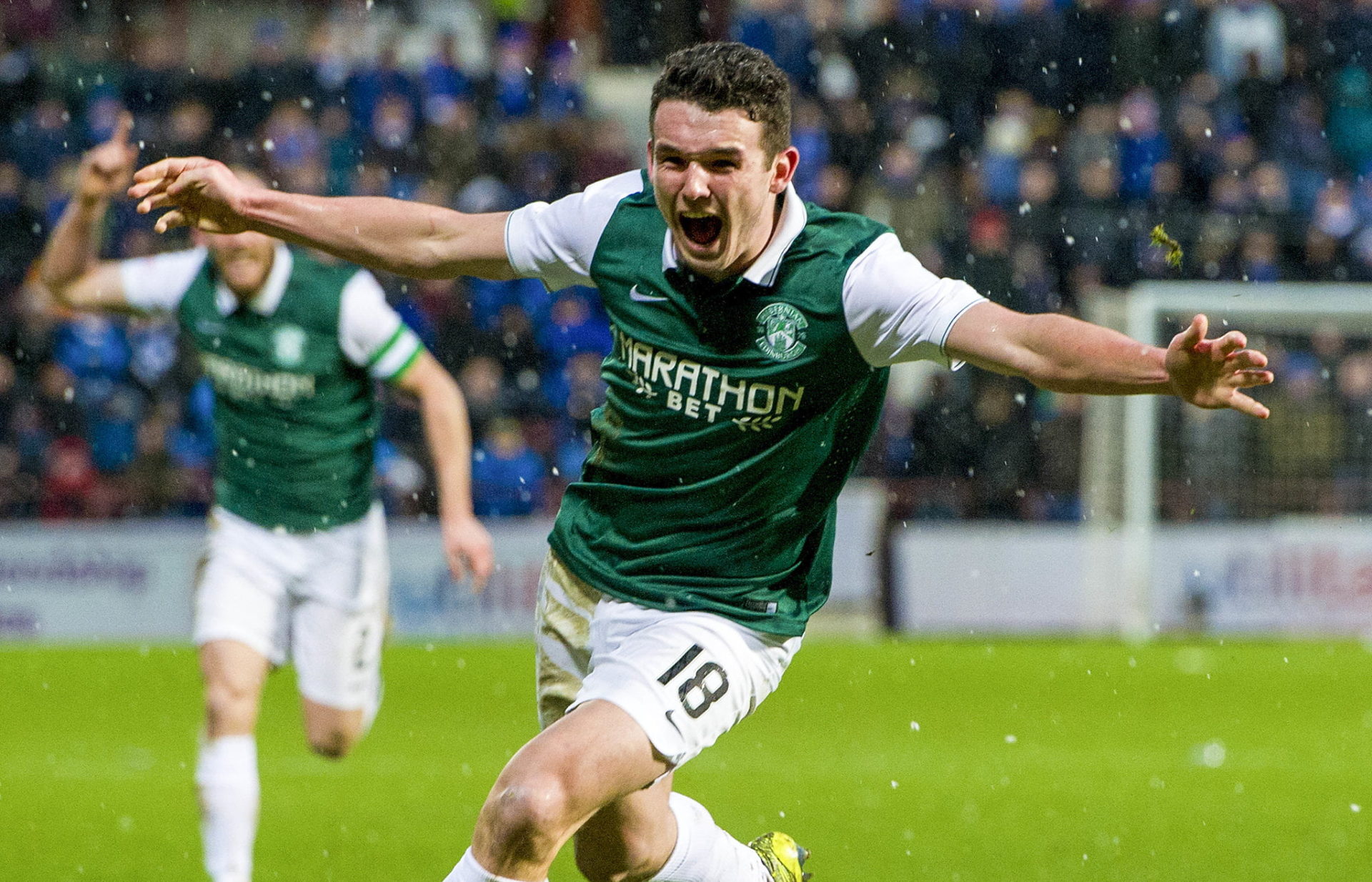 ‘He’s got an arse like Dalglish, he can’t fail’

Danny Lennon says John McGinn can go all the way to the top in football after earning his first call-up to the Scotland team.

The former St Mirren manager played an important role in his early development, giving the midfielder the platform to go and play.

McGinn seized his chance, helping the Saints to a memorable Scottish League Cup win in 2013.

And the 21-year-old’s stock has continued to rise after an impressive season for Hibernian so it was only a matter of time before he caught the eye of the national team boss Gordon Strachan.

Lennon says he wasn’t surprised to see McGinn being called up for the friendly against Denmark and believes he has all the attributes to play at the highest level.

“I’m delighted for John but it doesn’t surprise me after the season he has had and the way he has matured.

“He has really grasped that opportunity at Hibs and he’s been absolutely outstanding in any of the games I’ve seen him this season.

“John is one of these chaps that he’s never happy with what he’s got, he’s always trying to improve and do better.

“I can remember when he was coming through as a kid and I was watching him in the reserve games and the amount of times that he would play a ball that I wouldn’t have seen – it was better and not only that he executed it.

“He’s so consistent, has got a lovely range of passing he’s got a Kenny Dalglish arse hasn’t he? It’s a good asset for him. Even as young player John held his own against some top pros.

“I cast my mind back and I remember Paul McStay who was always an idol to me as a player he was in the Celtic team from such an early age.

“John has got that hunger and appetite and with the experience of winning cup finals, captaining Scotland Under 21s and getting a full call-up, there’s no reason why he can’t go all the way to the top in the game.”

McGinn wasn’t the only player Lennon had a hand in helping to develop who made it into the Scotland squad, with Kenny McLean, now at Aberdeen, also getting in the side.

“I’m absolutely delighted with that one. I gave him his debut and seen him blossom as a kid. Kenny is very elegant, pleasing on the eye and he’s a graceful player.

“Since his move up to Aberdeen he hasn’t looked back. He’s a player that I admire greatly and one I certainly believe can go even further. He’s got everything in his game.

“It gives me great satisfaction to see these players progress. It makes the job all worthwhile when you see all those hours spent on the training pitch translate into success on the park.”