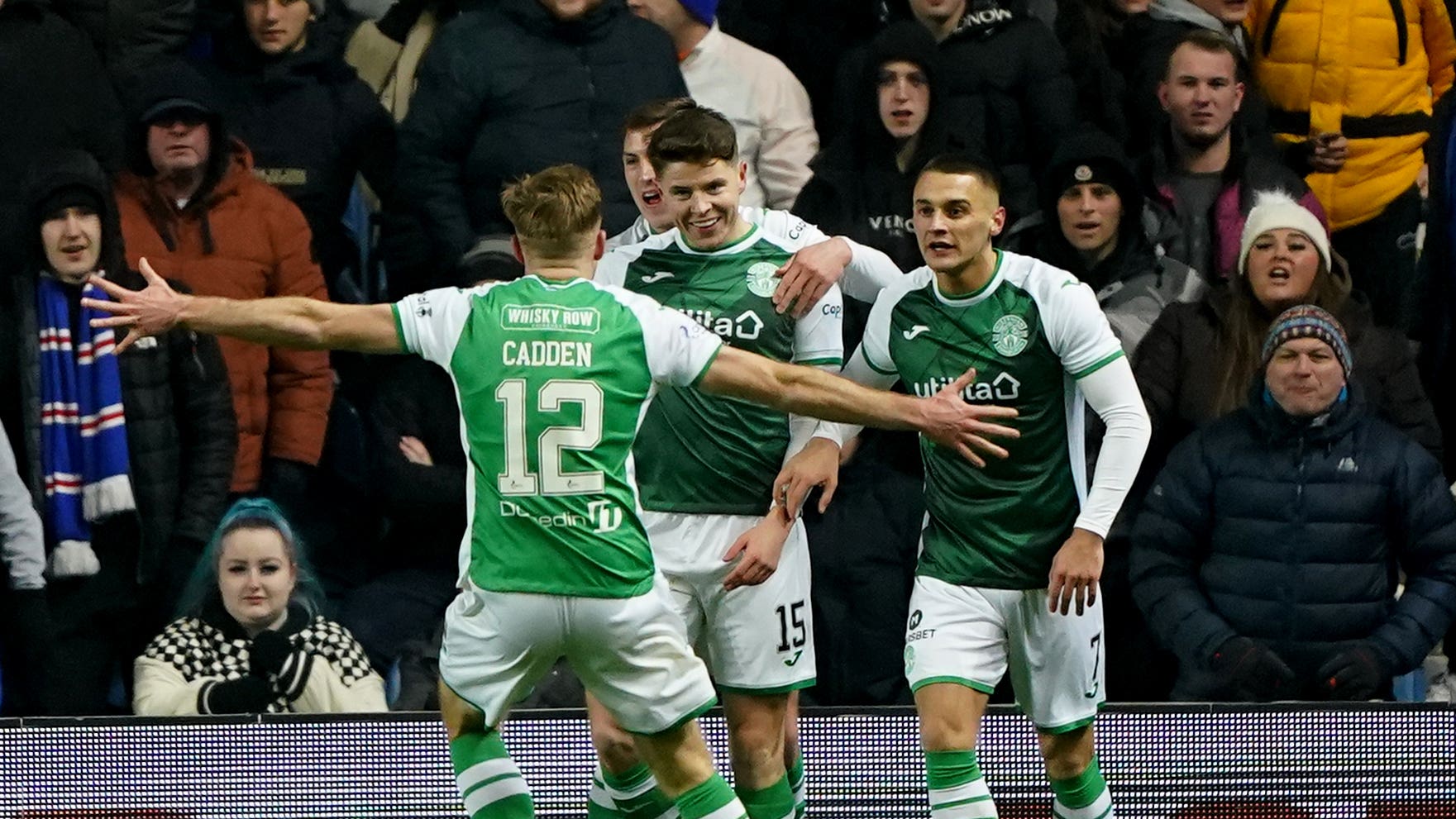 By By Anthony Brown PAJanuary 14, 2023No Comments

Hibs looked on course for a 10th defeat in 13 matches thanks to first-half goals from United pair Glenn Middleton and Ian Harkes.

But Nisbet, who had also scored before the break, made it seven goals in six games since returning from a 10-month injury lay-off when he pounced at the death to earn a scarcely deserved point for his side.

Hibs made one enforced change to the XI that started last Sunday’s win away to Motherwell as Chris Cadden dropped out through injury, with on-loan Manchester United defender Will Fish coming in to make his second start for the club.

The visitors started strongly and had an early chance when Arnaud Djoum’s shot was blocked by David Marshall after Ryan Porteous had gifted possession to Steven Fletcher just outside the box.

United went ahead in the seventh minute when Middleton clipped a shot in off a post from eight yards out after Fletcher – playing his first competitive match at Easter Road since leaving Hibs for Burnley in 2009 – had touched Djoum’s cross perfectly into his path.

The hosts almost levelled in the 12th minute but Kyle Magennis’s ferocious strike from 20 yards out crashed back off the crossbar.

United looked the much more accomplished side in the early stages and Fletcher spurned two good chances to extend their lead within five minutes of each other midway through the first half.

But Hibs conjured an equaliser against the run of play in the 25th minute when Nisbet drilled in a precise low finish from just inside the box after being teed up by Josh Campbell.

United deservedly restored their lead on the half hour when Harkes cut in from the left and saw his shot from the angle of the box take a deflection before looping into the far corner of the net.

They went close to extending their advantage five minutes before the break when Fletcher’s header from a Middleton corner was tipped over by Marshall.

The second half was a scrappy affair, with both sides struggling to create chances. The first notable attempt after the break came in the 72nd minute when Campbell fizzed a powerful shot just over from the edge of the box.

Six minutes later, Hibs sub Harry McKirdy went agonisingly close to an equaliser when his strike from 25 yards out smacked the crossbar.

Just as United looked set to celebrate three points, Nisbet pounced in the box to fire home his second of the match.