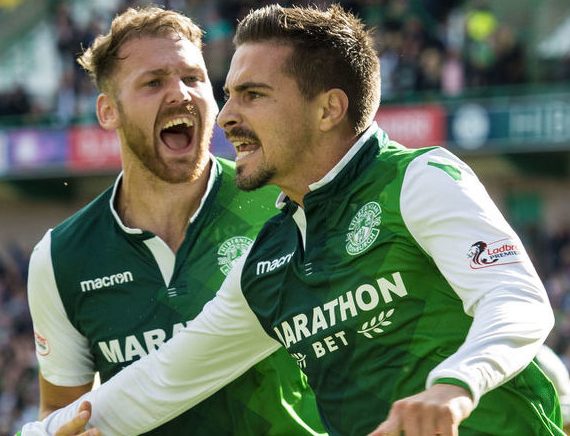 Hibernian have been dealt a major blow with striker Jamie Maclaren set for a lengthy spell on the sidelines.

The Australian forward suffered a back injury during training and a scan revealed he could be out until mid-October.

The Easter Road side face Aberdeen in tonight’s Betfred Cup quarter-final but they will without the hitman.

Neil Lennon will also be without Martin Boyle, David Gray and Ofir Marciano, while latest signing Miquel Nelom won’t be available for the cup clash.