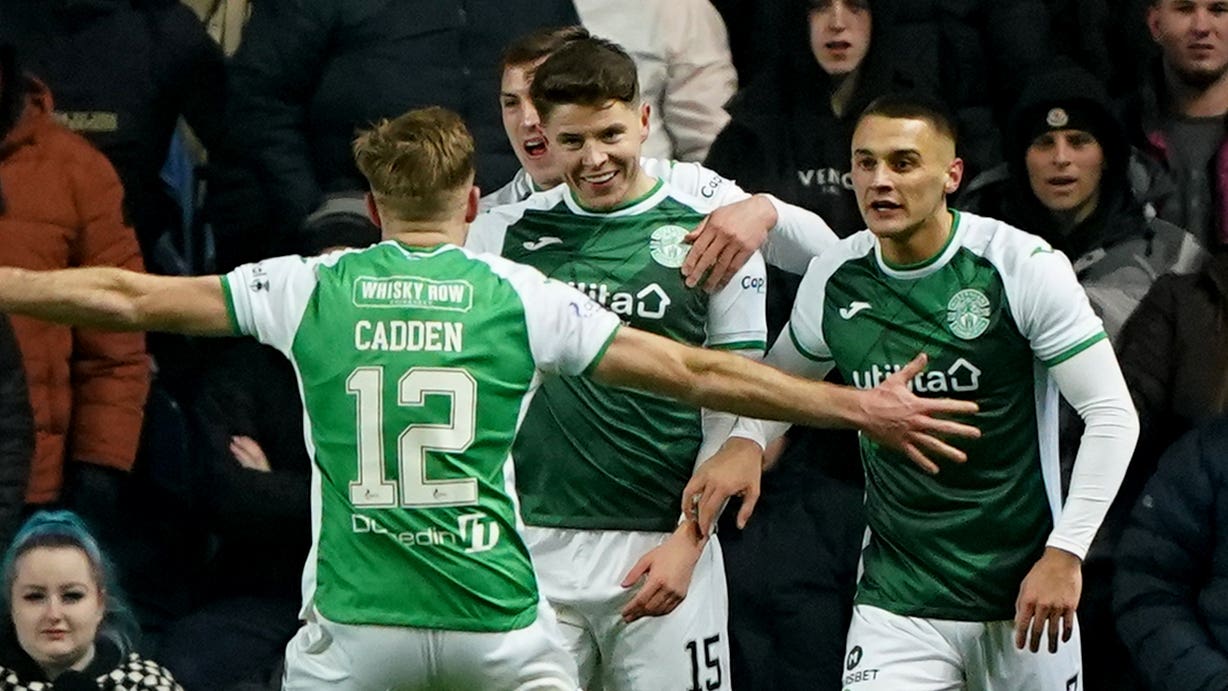 By By Anthony Brown PAJanuary 7, 2023No Comments

The Easter Road side have lost nine of their last 11 matches and the manager’s patience appeared to have snapped when he said after Monday’s 3-0 defeat by Hearts that he was “sick to death of the mediocrity” within his squad.

Asked if the players still have faith in Johnson in the wake of his scathing public criticism of the team, striker Nisbet said: “Yes, we do. We’re right behind the gaffer and we have been since he came in.

“In football you go through bad runs and it’s just about us trying to back up the manager with performances on the park to get us out of this situation.”

Nisbet insisted Johnson’s criticism should not have a detrimental impact on the squad because the players have to acknowledge and accept when they have been under-performing.

“Personally I don’t really mind getting criticised,” he said. “If I’m not performing then it’s deserved. You’re in a ruthless business in football and when you don’t perform, you get criticised.

“As players, you just need to take it on the chin. We’ve done that and now we need to put it right for Motherwell on Sunday.”

Nisbet believes a win at Fir Park, against a Well side who have won only one of their last 11 games, can get Hibs back on track.

“I’ve been through a few bad runs in my career and just one win or one performance can kick you off,” he said. “We’re looking to get that on Sunday.

“It will be two teams desperate for the three points and we need to make sure we come out on top.”