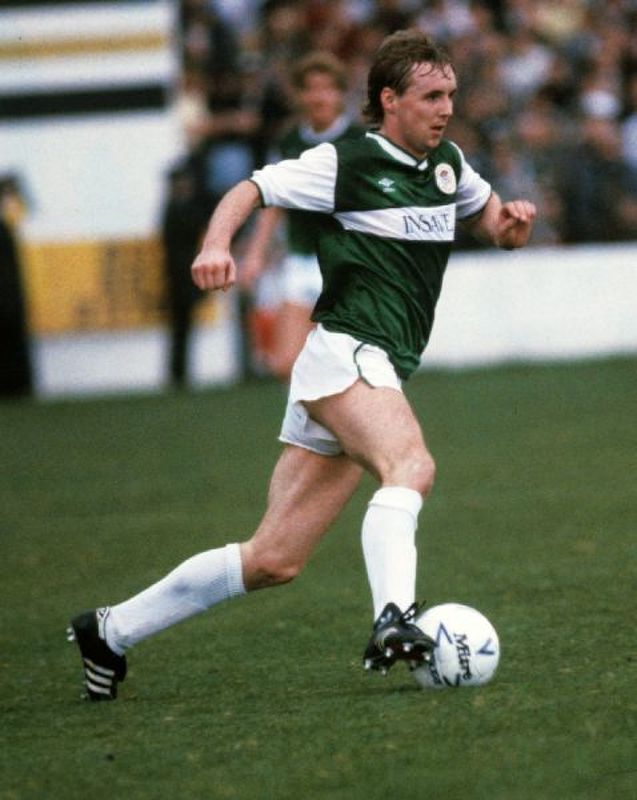 Steve Cowan says Hibernian will struggle to reach the heights of last season after being eliminated from the Betfred Cup on penalties.

The ex-Hibs striker, who also turned out for Aberdeen and Motherwell, said the Easter Road side will find it difficult to grab third spot in the table this time around.

The Hibees lost out 5-6 on spot kicks against the Dons after a goalless affair in last night’s quarter-final.

He told PLZ Soccer: “I think it [Hibs League position] won’t be as high as Neil Lennon thinks it will be, maybe fourth or fifth.

“We’ve got the strongest league we’ve had in many a year with all the big teams back in the Premiership.

“He has to get that balance right with getting forward and closing the back door.

“They missed a lot of chances last night, albeit went out on penalties, but Aberdeen still had two three chances to they could have scored if they had been sharper around the box.

“He’s out of one cup, he’s only realistically got the Scottish Cup left so I think fourth or fifth is where he will end up.”