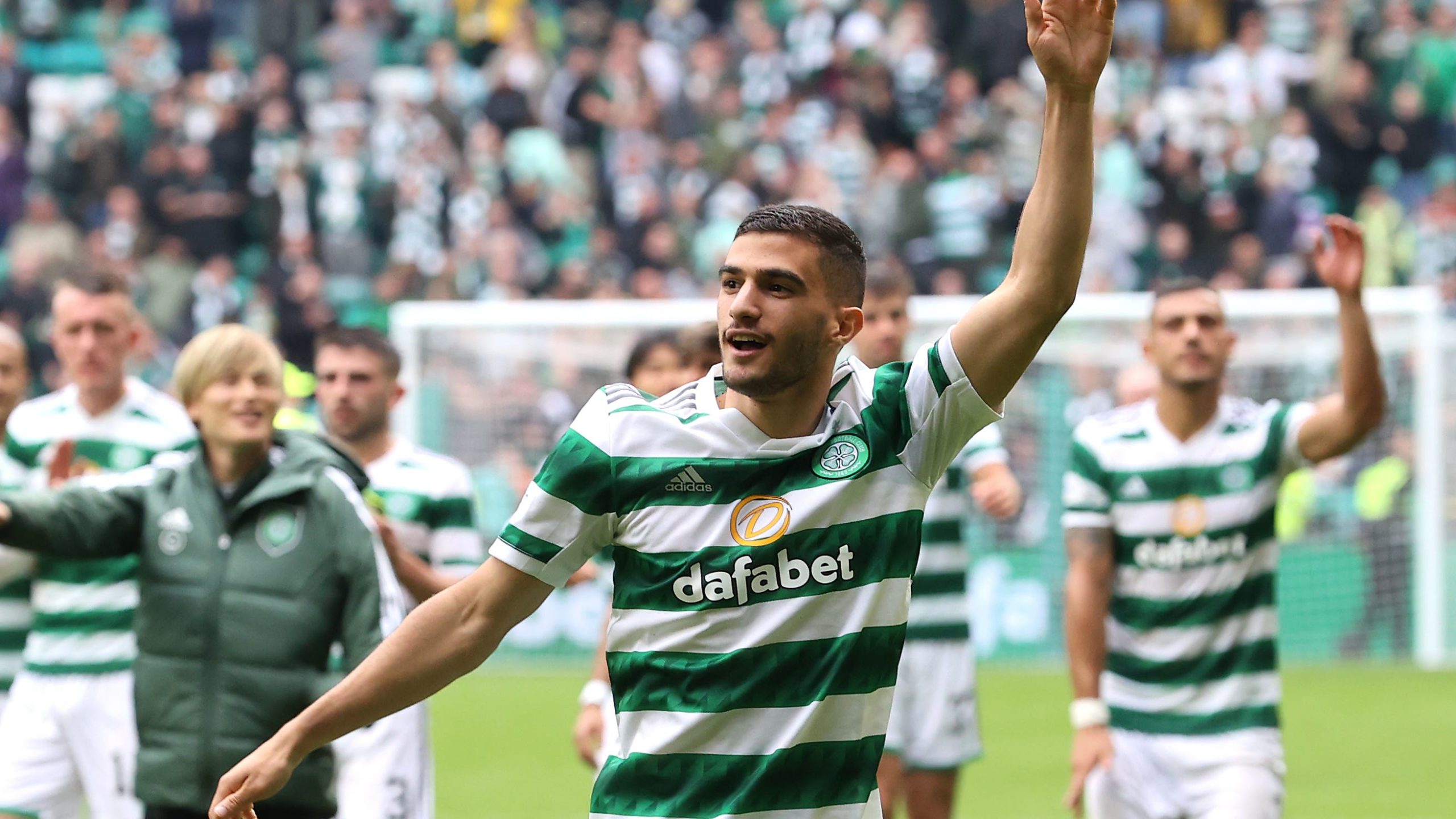 How the players rated as Celtic thrashed Rangers

Joe Hart – Has established himself as an integral part of the Celtic team but had an unusually quiet day for an Old Firm game, with a couple of decent saves in the closing stages. 6 (out of 10).

Josip Juranovic – The right-back got some good crosses in and forced Rangers back toward their own goal with his propensity to drive forward. 7.

Cameron Carter-Vickers – Strong and composed in defence, terrific in the air as usual and coped well with what little Rangers threat there was for most of the game. 8.

Carl Starfelt – Has taken time to settle at Celtic Park and had a couple of slack moments before going off injured early in the second half. 6.

Greg Taylor – The former Kilmarnock left-back has begun to win over the Celtic faithful this season and had another solid performance at left-back, setting up Abada for his second goal. 7.

Callum McGregor – The Hoops skipper drives on the champions on a weekly basis  and controlled the tempo in a commanding Celtic performance. 8.

Reo Hatate – The mobile Japanese midfielder got himself around the pitch, was industrious as usual and impressed with his distribution. 7.

Matt O’Riley – Has shown himself to be an accomplished midfielder with good positioning and clever passing and Rangers found him a constant threat going forward. 8.

Jota – The Portuguese winger is a huge favourite with the Celtic fans and again thrilled, glossing his performance with a fantastic finish to make it 2-0. 8.

Kyogo Furuhashi – A hero to the Celtic supporters, the prolific Japan striker had to go off injured early in the contest. 5.

Liel Abada –  The speedy Israel winger scored a double from a poaching position to have the points tied up for half-time. 8.

Jon McLaughlin- The goalkeeper had a nightmare. Did not look great at Abada’s double and gifted David Turnbull a fourth by passing straight to the Hoops substitute. 4.

James Tavernier – The Gers skipper is often the side’s most creative and dangerous player but had his hands full defending. 5.

Connor Goldson – the lynchpin of the Gers defence worked hard to keep Celtic at bay as they swarmed all over the Rangers box. 6.

James Sands – The United States international is a makeshift centre-back in the midst of an injury crisis and at times it showed. 5.

Borna Barisic – The Croatia left-back has been up and down during his Gers career and it was the same again on Saturday, with some poor defending but great crosses. 5.

Glen Kamara – Linked with a move away in the transfer window, the midfielder struggled to contain the Celtic engine room and was replaced at the break. 4.

John Lundstram – Anchor man in the Rangers midfield, he struggled to cope with the sheer pace and energy of the Hoops. 4

Steven Davis – The veteran Northern Ireland midfielder found the speed of the game a bit much. 4.

Malik Tillman – On loan from Bayern Munich, the talented attacker has impressed with his start to the season but failed to impact this game. 5

Ryan Kent – The Rangers attacker looked the most likely in Light Blue in the first half and produced several nutmegs but was unable to penetrate the Celtic defence and fell away after the break. 5.

Antonio Colak – The in-form Croatia striker has scored seven goals in seven games but missed a great chance at 1-0 and was shackled for the most part. 4.

Substitutes: Scott Wright tried hard when he came on for the start of the second half while Scott Arfield, Alfredo Morelos, Ryan Jack and Fashion Sakala came on when the game was done. 5.