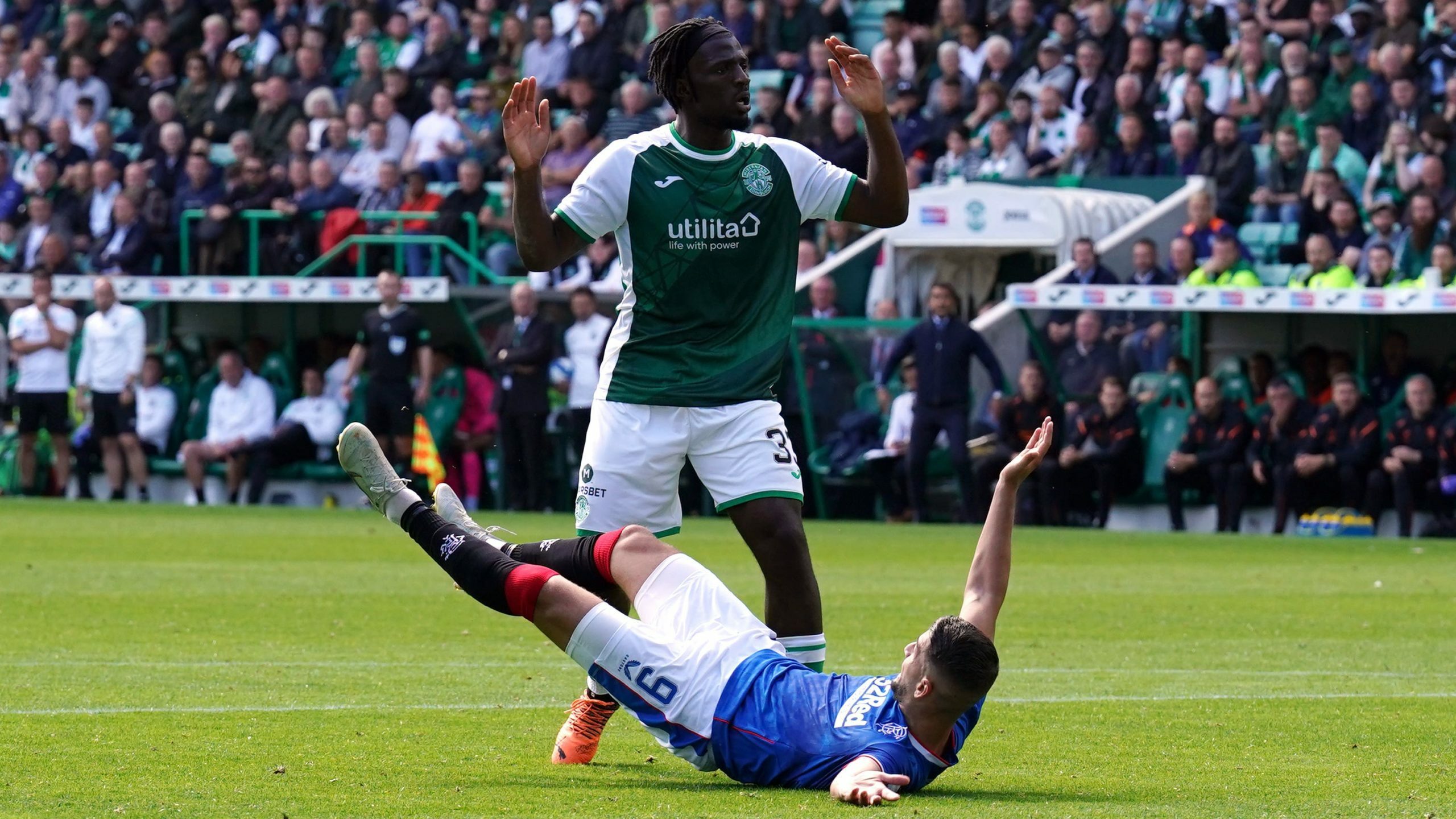 Hibernian manager Lee Johnson has praised Rocky Bushiri’s turnaround in form after admitting he would have been happy to let the defender go during the summer.

An appearance trigger meant the Leith side had to convert the centre-back’s loan from Norwich into a permanent deal at the end of last season, even though he struggled.

However, Bushiri has become an important member of the Hibs rearguard in recent games and again produced a solid display in Saturday’s convincing 3-0 cinch Premiership victory over St Mirren.

Johnson said: “We have given Rocky simple rules to which he has to adhere in his defending.

“In the past, I felt he was too rash in his decision-making.

“We drilled him and he has been a good student.

“When I looked back in his history, someone told me that for two years he hadn’t trained on three consecutive days on the spin.

“What an athlete he is. You wouldn’t want to go near him because he can just maul people with his frame.

“When I first walked through the door, he was one I was probably happy to move on.

“I get up every morning and feel the potential at this club.

“I don’t feel this team is anywhere near finished what we can do.

“We have players to come back in, we have had to put players in at different points.”

Martin Boyle opened the scoring for Hibs on the stroke of half-time from the penalty spot, but the Australia international was forced off nine minutes into the second period with a shin problem.

Mykola Kukharevych and Ewan Henderson also found the target as Hibs returned to third place in the table.

St Mirren began the day two points ahead of Hibs but failed to lay a glove on their opponents in a passive display.

Buddies manager Stephen Robinson said: “We didn’t play like ourselves and we deserved nothing out of the game. We have to hold our hands up.

“Hibs did not have to work too hard for it. We have spoken about it collectively. We were caught in two minds about whether to play short at the back or pass it into our strikers and I think we have to remember what we are good at.

“I didn’t think we did the simple things well enough and we got punished for that.

“We seem to give a penalty away in every away game. Ultimately Hibs deserved to win but we are much better than what we showed and I am confident of that.”