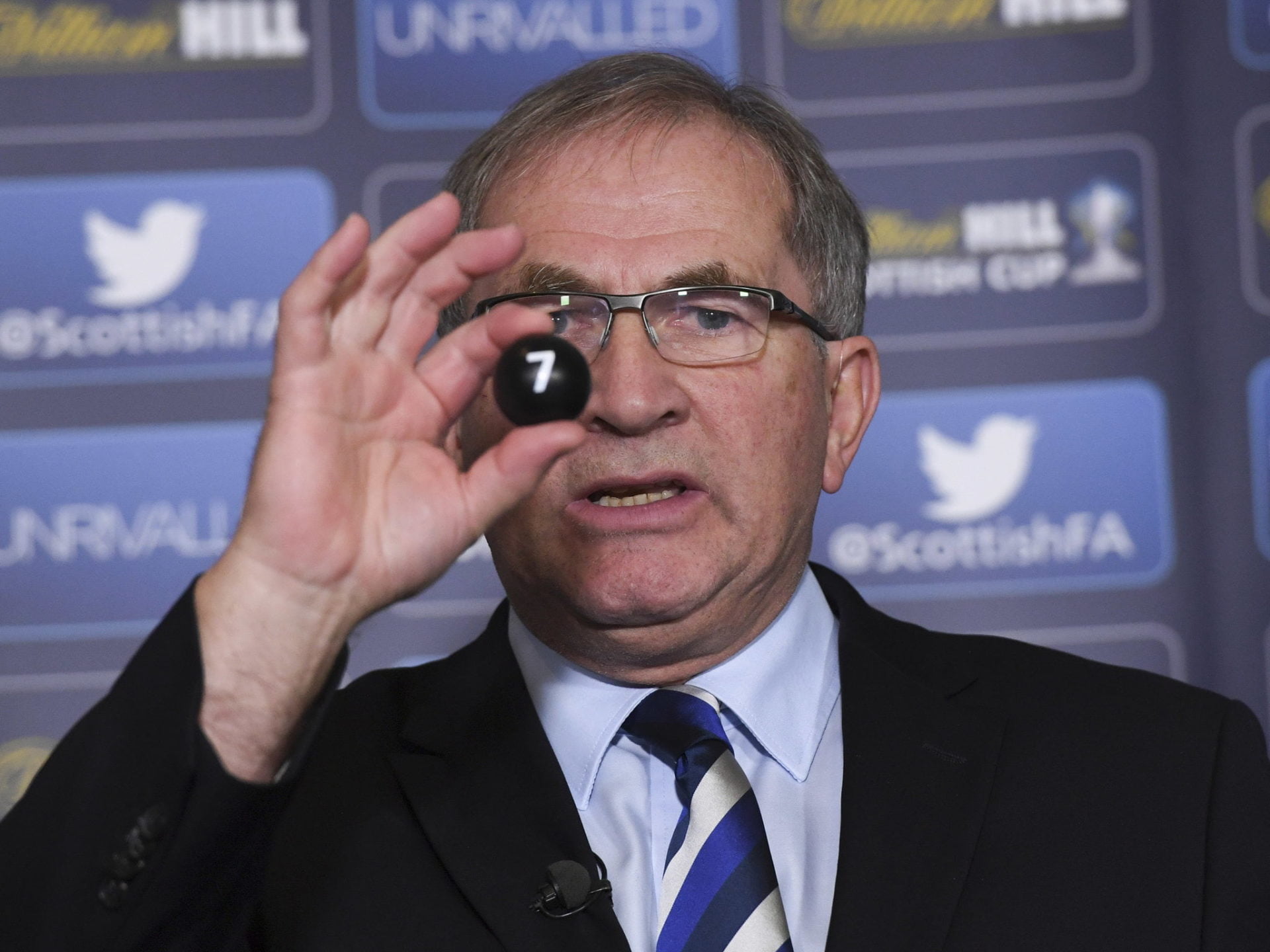 In Gord we trust

By Peter MartinNovember 29, 2016No Comments

Speculation surrounded the former Celtic manager’s future after the recent 3-0 defeat by England at Wembley left the Scots second bottom of Group F with four points from 12.

However, an SFA review by the organisation’s eight-strong board backed Strachan who will now prepare for the visit of Slovenia next March.

McRae was at Kilmarnock’s Rugby Park to help with the draw for the William Hill Scottish Cup fourth-round where Rangers were paired with fellow Ladbrokes Premiership rivals Motherwell with Celtic away to either Albion Rovers or Queen of the South.

Afterwards, he explained the SFA’s decision to stand by their man

He said: “Gordon is a good experienced coach, a former international player, he has all the credentials, he has won trophies.

“He has a good group of players, they work as a group.

“We are obviously a bit disappointed to say the least in terms of four points from 12 which, if it had been six or seven we would have all have had at least a half smile on our face.

“But it is mathematically possible and I still think Gordon can take us to the play-offs.

“I am going to be positive. We are moving on. March will be the next home game, a great opportunity to get a win.

“It was always going to be difficult and we have made it more difficult for ourselves but I still think it is possible because we have four games at home.”

McRae confirmed the quest to find a new performance director to replace Brian McClair, who left in July, is ongoing.

However, he would not comment specifically on former Cardiff City boss Malky Mackay, reportedly one of the candidates, who was at Hampden Park on Sunday for Celtic’s 3-0 Betfred Cup win over Aberdeen.

“The update is quite simple, the process is well on, a series of interviews have been taken and it is ongoing,” he said.

“It is very important. As you know the performance strategy started about five years ago and there is a good lot of work going on just now and we are looking forward to changing things, tweaking things, to say the least and get the new performance director in and try to move on from there.”