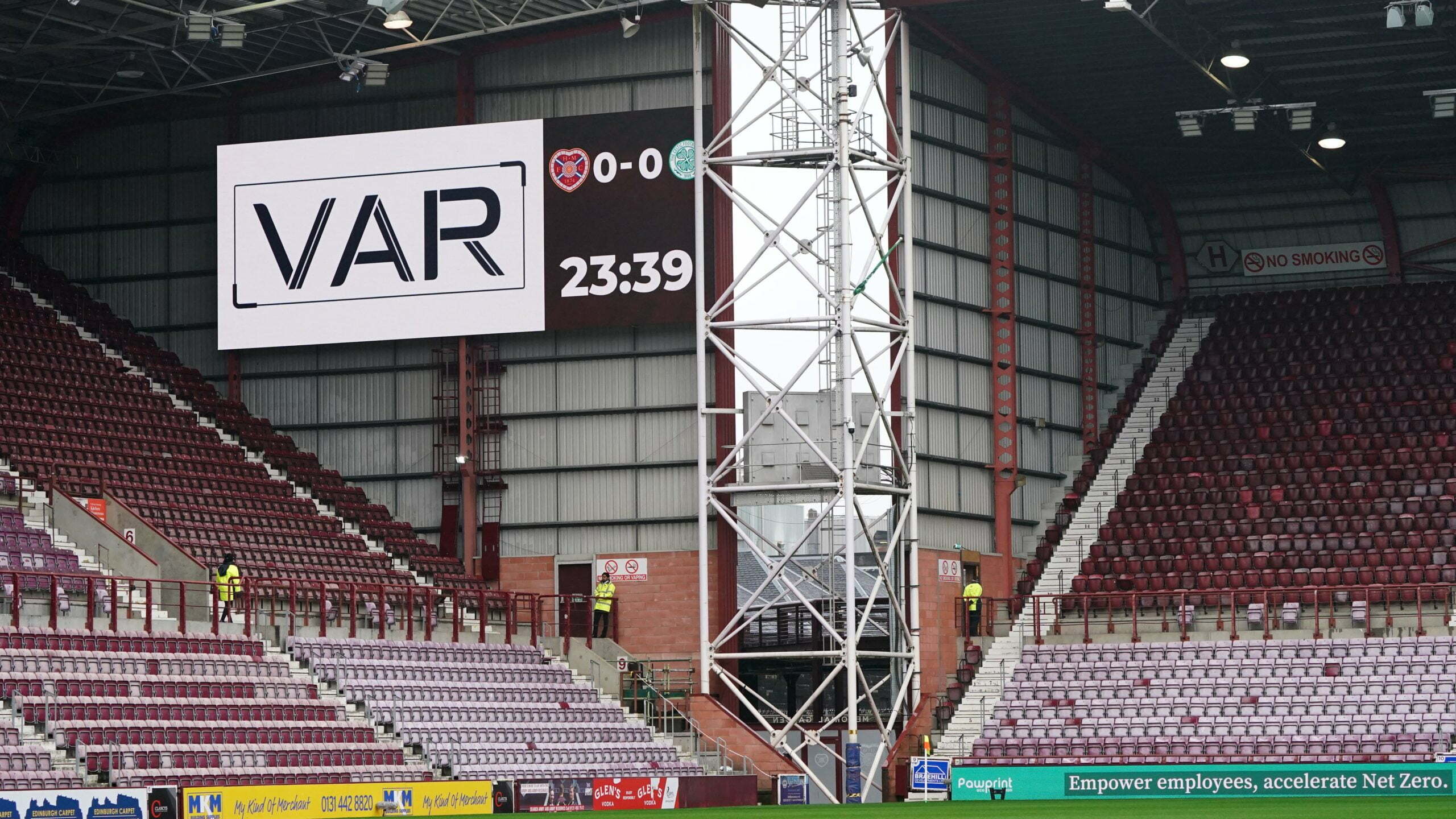 Introduction of VAR leads to eventful weekend of football in Scotland

VAR made an early mark on the cinch Premiership as a number of incidents caused debate and contention on the first weekend of its use in Scottish domestic football.

After a relatively straightforward introduction during St Johnstone’s 2-1 win over Hibernian on Friday night, when all three goals were checked but no interventions made, the system came to the fore during Celtic’s 4-3 win over Hearts on Saturday lunchtime.

Hearts were awarded a penalty after referee Nick Walsh was advised to review a challenge by Cameron Carter-Vickers on Cammy Devlin on his pitchside monitor.

But Celtic were denied a spot-kick moments later for a handball claim against Michael Smith when video referee Steven McLean decided there had been no obvious error, much to the disbelief of Hoops boss Ange Postecoglou.

Postecoglou was unimpressed with the time it took to come to decisions.

“I don’t know, people will tell me it was entertaining standing about waiting for somebody to whisper something in somebody’s ear,” he said. “I can think of better forms of entertainment.”

“There is a lot of ironing out to do,” he said. “Today we got the novelty of it and that kept everybody onside. But if we are going to have that in a month, three months to six months’ time, it’s going to become more of a hindrance than a help.”

There was further drama in the 3pm kick-offs.

Livingston had substitute Morgan Boyes sent off in their 1-1 draw with Rangers at Ibrox after his yellow card for a challenge on Alfredo Morelos was upgraded to a red by referee David Munro following a review on the monitor.

“I thought that at the time,” he added. “I thought we maybe got away with one. As soon as the ref went to the monitor I knew he was going off.”

After his side’s 2-1 win over Dundee United, Robinson said:  “It’s a fingernail, but it shows that there are still human decisions in this.

“The referees have the hardest job ever but it will certainly help them. It does slow down the game slightly but we will all have to get used to it.

“Everyone is doing it to the best of their ability, it will probably speed up a bit as everyone gets used to it.”

Aberdeen had VAR to thank for their opening goal in a 2-1 win at Motherwell. A flag was raised after Bojan Miovski’s early strike but VAR overruled the offside decision after a lengthy check.

“We should have a penalty at the end,” he said. “It’s as blatant as you like. The fact that they have decided to blow the final whistle and dismiss it is worrying for us because it takes two or three minutes for them to make any other decision like that.

“With the angle we have got, Ricki Lamie is getting his shirt pulled from him as well as having a guy on his back, and then the Aberdeen player handles the ball out of Sean Goss’ path inside the 18-yard box but three yards in front of the referee.

“But then they don’t even look at it which is concerning, frustrating to say the least.”