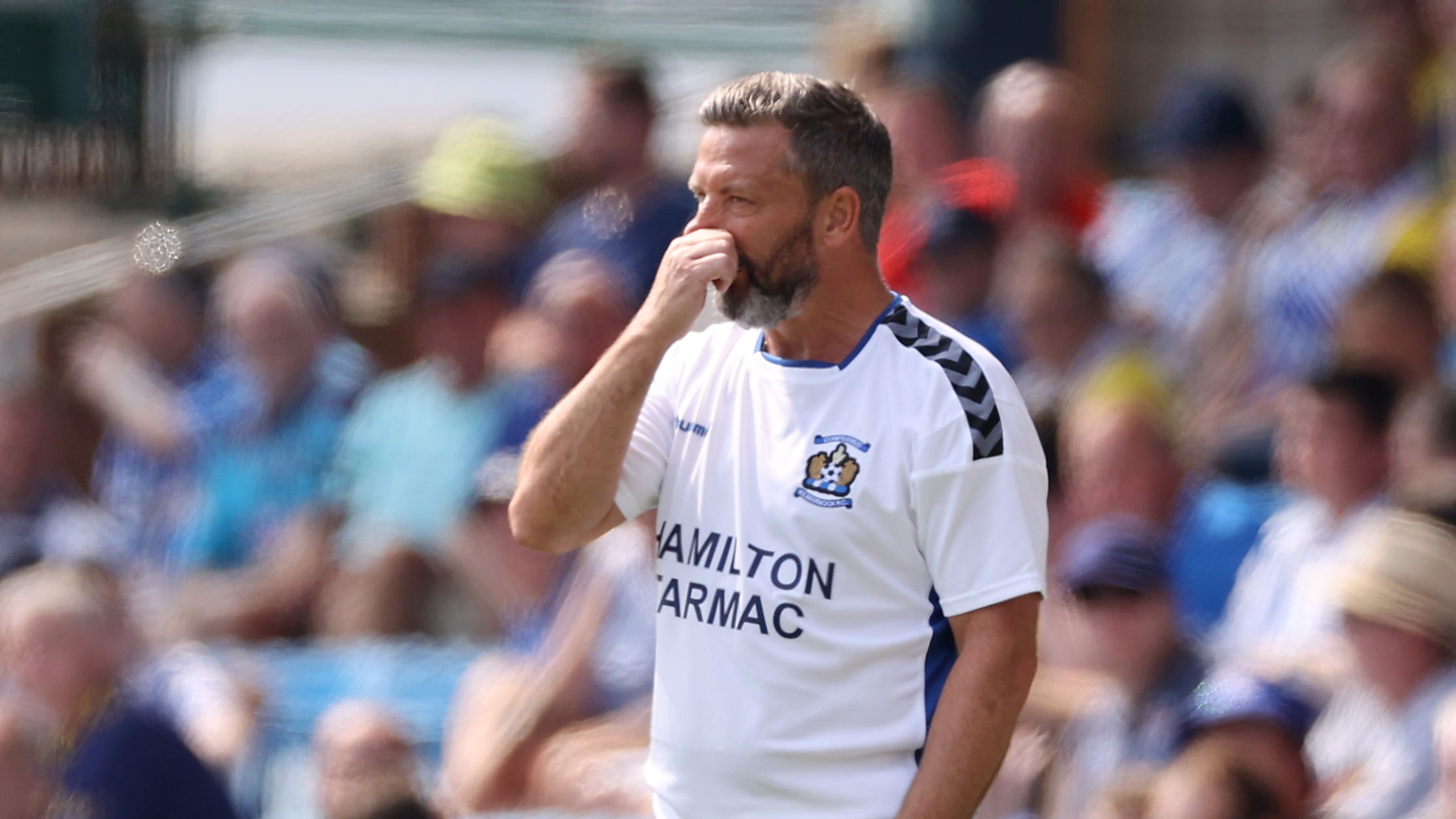 It’s good to be up and running: Derek McInnes welcomes Kilmarnock’s first win

By By Gavin McCafferty PAAugust 27, 2022No Comments

Kilmarnock manager Derek McInnes felt his side looked like a good top-flight team as they came from behind against Motherwell to seal a first victory since their cinch Premiership return.

Kevin van Veen netted a well-taken 14th-minute opener for the visitors and Killie missed a series of chances, with Kyle Lafferty and Oli Shaw wasteful and Ben Chrisene unfortunate to see his shot bounce off the underside of the bar and out.

But they turned the game around in five second-half minutes with Danny Armstrong netting from close range and Ash Taylor converting a free header from Liam Polworth’s deep free-kick.

McInnes said: “It was a strong performance from us. We looked like a good Premiership team in the first half.

“They did what we asked them to, we looked after the ball and we were unlucky a few times.

“We just need to tidy up in the final third and deal with the threats of others.

“Van Veen’s two touches for his goal are a reminder of the level we are playing at. It was brilliant.

“I felt it was harsh to be behind at the break but we spoke about how we wanted to feel after the game.

“We reinforced the belief and reminded them that they are a good team. We wanted to trample over them with intensity and move the ball with speed.

“We missed chance after chance and it would have been easy for them to think it wasn’t going our way, but we stuck at it.

“I was so pleased for wee Danny to get his goal, coming in off the side. That pleases me no end to see him getting in there to score.

“You could see the impact it has on us and them and it was a great goal from Ash to get the win.

“Big Sam (Walker) made a good save at 1-1 and they kept us on our toes but we deserved the win. I am delighted for the supporters and the players to see us win because we needed that. It’s good to be up and running.”

McInnes was delighted with the debut of 18-year-old Aston Villa left-back Chrisene.

“Ben is a dream in how he plays and was unlucky not to mark his debut with a goal,” he said.

“We started well, first 30 minutes we did what we wanted to do and scored a great goal,” he said. “It was an opening we had worked on and felt we could capitalise on.

“We know it’s going to be tough coming here, they put us under pressure with crosses and throw-ins. I don’t think we quite stood up to that as well as we have been.

“The physical element of our game has been good in terms of winning first contacts and picking up balls in the middle of the park. But I felt we didn’t quite do that second half.

“The second goal is nowhere near good enough. We shouldn’t be conceding a goal like that at this level. The boys understand that.

“We are going to lose games, we know that, but the manner that we lost that, to the goal that we did, is hugely disappointing.”