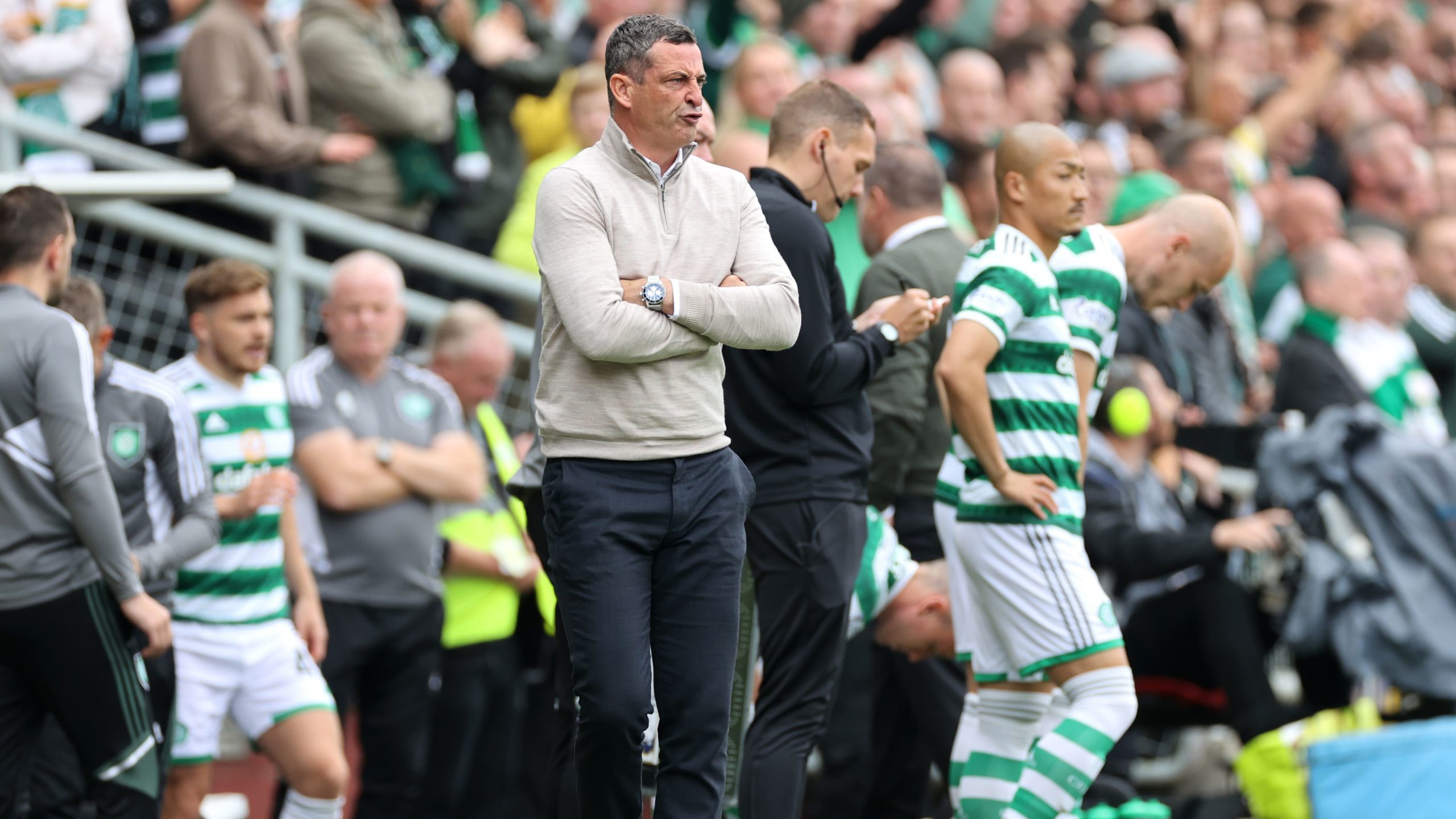 By By Gavin McCafferty PAAugust 28, 2022No Comments

Jack Ross insisted he remained determined to fix Dundee United’s problems after suffering the “humiliation” of a 9-0 defeat by Celtic at Tannadice.

Ross likened some of Celtic’s goals to training-ground routines against mannequins as United suffered their heaviest home defeat and their biggest loss since a record 12-1 loss to Motherwell in 1954.

The thrashing continues a miserable start for Ross at Tannadice; his side have now lost five consecutive games and conceded 23 goals in the last four to leave them bottom of the cinch Premiership.

The former Alloa, St Mirren, Sunderland and Hibernian manager said: “It was humiliating and embarrassing for me, personally and professionally, because of the pride you have in doing your job properly. The players should feel the same way.

“We should never be beaten by that scoreline at any level and, for the fanbase of the football club, I know they’ll feel that way and the responsibility for that falls on my shoulders.

“We owe the supporters an apology because of the scoreline and the manner of the goals we conceded.

“And large aspects of the performance were not reflective of wearing a jersey in professional football.”

Ross added that his “determination to put this right will remain consistent”.

“I’ve done this for a long time and worked in a consistent manner,” he added. “So, when I talk about being humiliated and embarrassed, I want to fix that.

“You need to have faith in your managerial ability through previous experiences and the challenges I have overcome in my football and coaching career. It’s not in my character not to believe I can do it, and not to want to do it.

“Regardless of what club I’m at or what level I had the same burn to do well as a manager at Alloa as I do now.

“And because of the embarrassment and humiliation I feel right now then, absolutely, I want to put that right.”

Ross vowed to shield his players but asked them to question individually whether they have the “stomach and the heart” to put things right.

The 46-year-old admitted he was “puzzled” by how bad things were but admitted his side were too passive.

“We conceded goals that were akin to training-ground exercises against mannequins,” he said.

Celtic manager Ange Postecoglou admitted his side had sought to take advantage of United’s vulnerability by starting strongly and keeping the pressure on.

Kyogo Furuhashi scored a first-half hat-trick, Liel Abada hit a treble in the second period, and Jota, Josip Juranovic and Carl Starfelt were also on target.

Postecoglou’s players looked like a team chasing the game at times as they ploughed forward hunting more goals and recorded Celtic’s biggest ever away win.

“It’s the team we want to be, it’s not just about the football we want to play,” he said.

“It’s about the intent and we don’t want to be led by the scoreboard or whatever the circumstances of the game are.

“With respect to whether it’s the first or the last minute or whether we’re winning or not, we want to play at a certain tempo and intensity.

“We want to work hard and make sure that everyone is contributing. It would have been very easy to get away from that, it’s not just about winning a game of football, it’s about us setting our own standards within that.”

Postecoglou admitted he started to feel for his opposite number as the goals racked up.

“I don’t think sympathy is the right word as we all know it’s a ruthless business,” he said.

“I don’t think Jack Ross needs my sympathy. I absolutely have a respect and understanding about the position he’s in.

“I’ve always said with every manager it’s very hard to know what they are dealing with or how they are going about things.

“No manager goes out there to try and not be successful. Of course there is a part of you that on the sidelines does feel for what the other guy is going through as we are all in the same kind of game.”