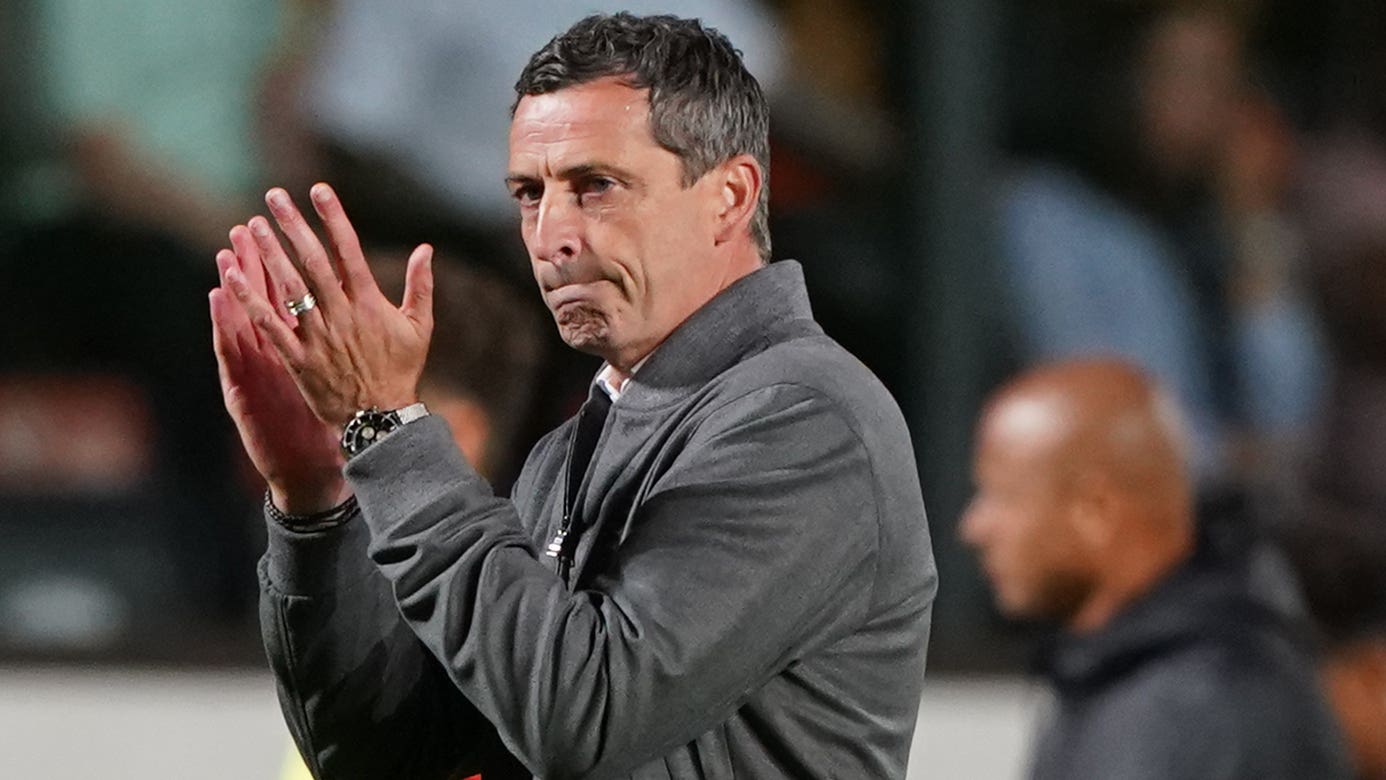 Jack Ross knows he is responsible for Dundee United falling well short of the standards he expects after another defeat.

The Tangerines slumped to their third cinch Premiership loss in a row on Saturday, comprehensively beaten 3-0 by St Mirren at Tannadice thanks to a Curtis Main double and a late third from Alex Greive.

Ross, who previously managed the Buddies, was barracked by the visiting supporters who chanted he would be getting “sacked in the morning” with the final whistle being greeted by a barrage of boos from the home fans.

However, the 46-year-old, who has also managed at Alloa, Sunderland and Hibernian, insists he is thick skinned enough to take the stick.

Ross said: “It was really poor and way below the levels. It sounds like I’m repeating myself.

“The manner of the goals sums up where we are. We had the ball then we concede. What we are producing as a collective is a long way short of what we need.

“It’s human nature – you have more doubts when you’re in difficult periods. But I’m loath to use that as an excuse.

“Personal experiences being outside the game and age lends itself to being more thick skinned and tough. It doesn’t hurt you any less or make you less disappointed.

“You have a professional pride in what you do. I’ve got a team who I don’t think is a reflection of how I manage and coach. I have not had many occasions like that but responsibility falls on my shoulders.

“My mindset is strengthened because of age and experience. It’s lazy to point to needing more players. I work on the basis that my job is to get the best out of what I have.”

St Mirren boss Stephen Robinson was naturally delighted that his side had made it two Premiership wins in a row and he was particularly pleased with the contribution from substitutes Greg Kiltie, Eamonn Brophy and Greive.

Robinson said: “There are fine lines at this level. We took our chances when we needed to when we broke. Dundee United are a good side so to win 3-0 is a fantastic result.

“I have to also mention the three subs who came on. Brophy and Greive combined for the third. To be successful you need that, you don’t need people moping about.”