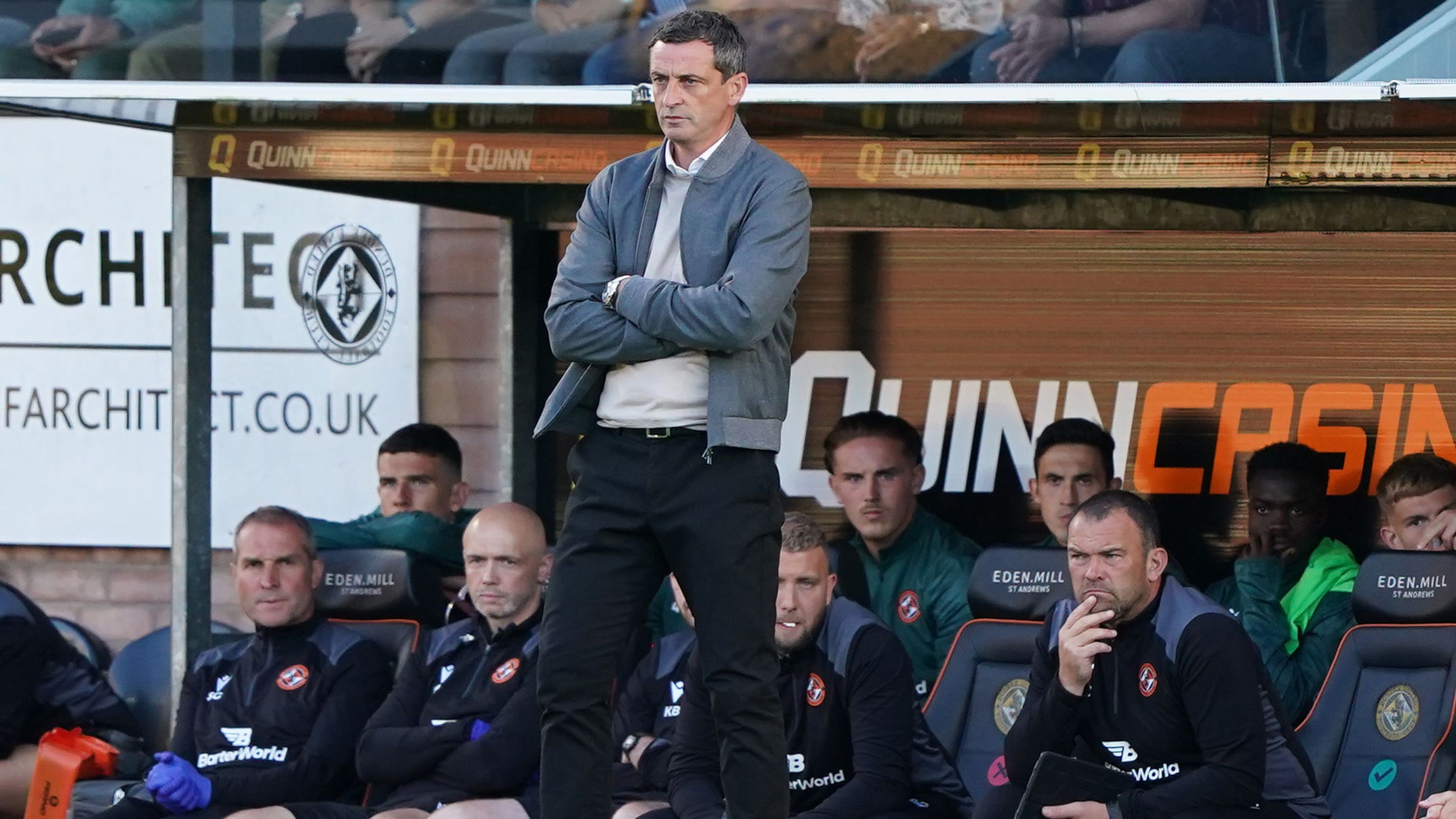 Dundee United manager Jack Ross is convinced his current players have the answers to their form problems as he looks for greater hunger and work ethic against Celtic.

Ross admitted there was “nothing imminent” on the transfer front with less than a week until the window shuts as he bids to turn around a poor start to the season against the champions.

United have lost four consecutive games and conceded 14 goals in the last three alone ahead of Sunday’s cinch Premiership encounter at Tannadice.

“I think we have got a good squad of players here who we haven’t got enough from at the moment,” Ross said. “I need to get more out of them as a manager.

“I think we have enough in the squad to produce better performances and results.

“The obvious thing to say is we need to defend better collectively.

“But the easiest way to do that is by working harder than we have done because that collective work rate hasn’t been there, and I own that responsibility because it’s my job to get the most from my players in terms of those basic parts of the game.

“And if we do that, we have enough ability in the squad to play well, because when we have had the ball this season we have done okay, it’s been without the ball that’s been our biggest challenge.”

United have lost the ball-winning capabilities of Jeando Fuchs and Calum Butcher in recent months and signed creative midfielders such as Dylan Levitt, Jamie McGrath and Craig Sibbald over the summer.

But Ross believes his players can combine skill with steel.

“Midfielders used to be midfielders,” he said. “They could pass the ball and be creative but also have a discipline about them and do the defensive aspects of the game well.

“In terms of the organisation aspect, we have looked long and hard at everything we have done, and I will reiterate there hasn’t been enough of that hunger to transition well enough in games, collectively, not just the midfield.

“That’s been the main reason, I think, for the poor goals we have conceded in the last two games in particular.

“I don’t think it’s so much about the certain traits of the individuals, I think it’s more about us having that simple understanding that we need to increase our work rate across the board.”

Ross has not put the focus on lifting confidence after heavy defeats by AZ Alkmaar, Hearts and St Mirren.

“To use lack of confidence is a weak excuse from us,” the former St Mirren and Falkirk player said.

“In truth, as a footballer, did I ever go into a game feeling super confident and brilliant? No, I didn’t.

“I think most players are the same, they all go into games with insecurities, uncertainties and anxieties before every game, even the top players, you would be amazed. But usually they come to life on the pitch.

“And from the belief side of it, there is absolutely no point to us taking to the pitch on Sunday if we don’t believe we can win the game.

“If I don’t think we can win the game on Sunday then I won’t turn up – and I will be there, before it starts a rumour.”