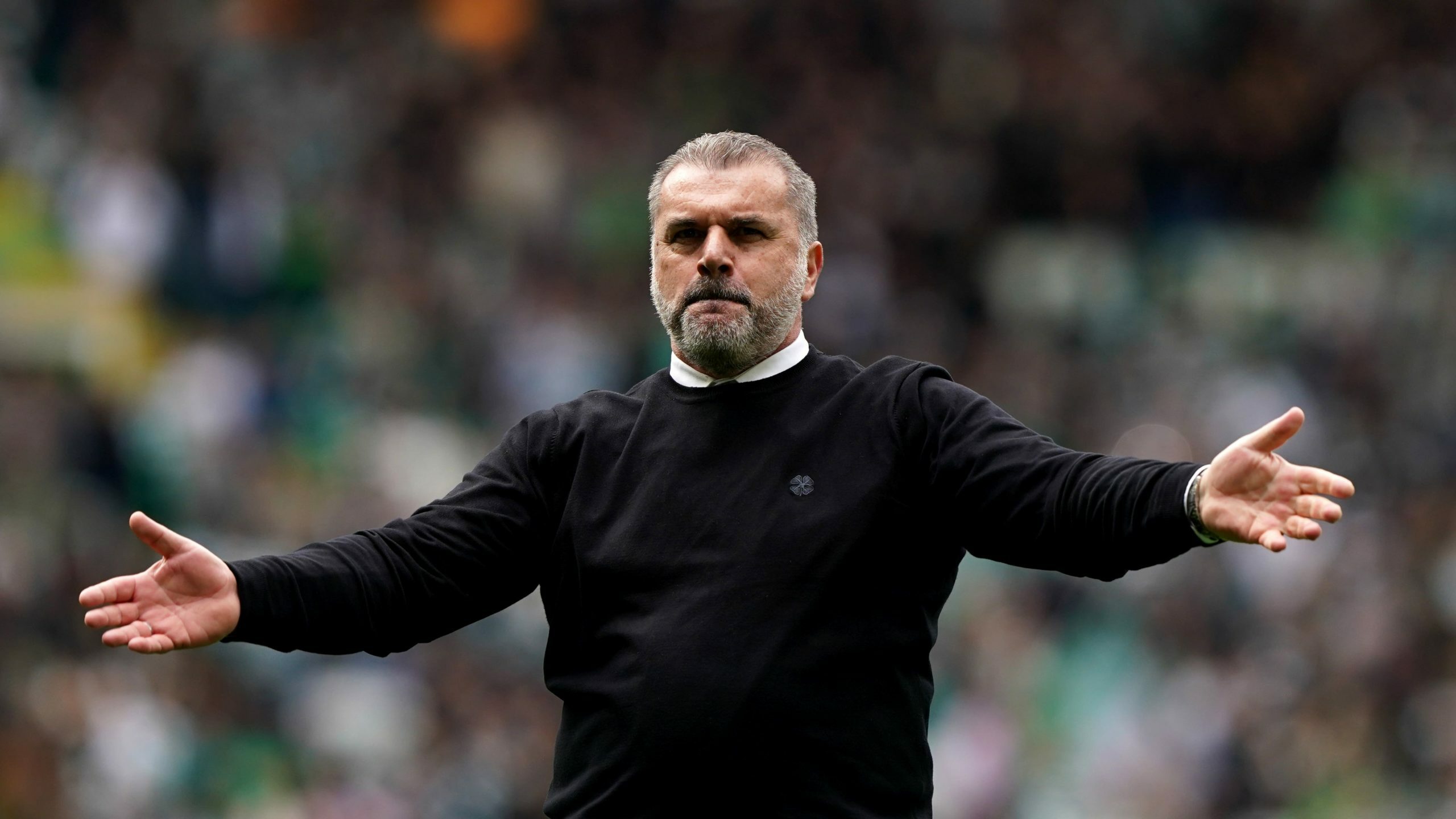 Ange Postecoglou hailed hat-trick hero James Forrest after the winger took his Celtic goal tally to 100 in the 6-1 cinch Premiership hammering of Hibernian.

The 31-year-old Scotland winger has dropped down the pecking order at Parkhead but in his first start of the season he scored either side of a Giorgos Giakoumakis strike for a comfortable interval lead.

Half-time substitute Elie Youan reduced the deficit in the 56th minute before Forrest, who came through the youth academy at the club, completed his hat-trick two minutes later with further goals from Giakoumakis and substitute Daizen Maeda.

Postecoglou said: “Great for him. He’s joined an elite club – 100 goals for this club and credit to him and the way he’s had his career at the club.

“There was a reason we kept him around. It wasn’t sentimental reasons.

“When you’re putting a squad together it’s the sum of all parts that make it strong. You need players like James.

“He’s experienced, calm and have quality. He hasn’t had a lot of chances because players in his position have been doing well.

“But I had no doubt at some stage we would call on him and he would deliver.

“Over the last few games he’s made impacts coming on so I could see he was ready to go. I’m delighted but not surprised.

“You don’t stay here for that time particularly in that position (without quality). Daizen doesn’t score for two games and everyone is on his back so to last as long as he has is testament to his character. He’s humble but determined to be the best he can be.

“Credit to him, he joins an elite club, 100 goals which is fantastic for him. I keep telling players they’re the things that last beyond your career and you reflect on.

“It wasn’t just his goals, his general performance was really good.”

A “hugely disappointed” Hibs boss Lee Johnson took responsibility for the heavy defeat but accused his side of being “timid” amid various other stinging criticisms of their performance.

He said: “Clearly we don’t want to come here and be as timid as we were in the first half. As a collective we wanted to be the first team to make some recent history.

“The first three of four minutes we had chances to enter the final third and be brave. We didn’t get at people at the edge of the box and that timid play ended up like a domino effect through the team.

“The first two goals we don’t get up to the ball. What is the fear factor of going to press? There’s a fear factor there but that’s what we have to change at this club.

“It’s the hardest thing to change but it must be on a psychological level. That’s difficult for me to take and eats me up inside because second half, we’ve had a go.

“We’ve still been outclassed but we tried to get to the ball apply pressure, scored a good goal.

“But the standard of goals we’re conceding – we’d do well to put clips together from a Sunday park league (like that).

“It felt we were a boxer that didn’t want to throw a punch because we were too worried about the counter-punch. That hurt me most.

“It will be a tough week and we deserve the criticism. I’ll front it up. I set the team up and got it wrong.

“I’ve had nearly 500 games as a manager and this is one of the worst I’ve felt just because of the goals and the lack of bog-standard professional detail in the way we concede.”