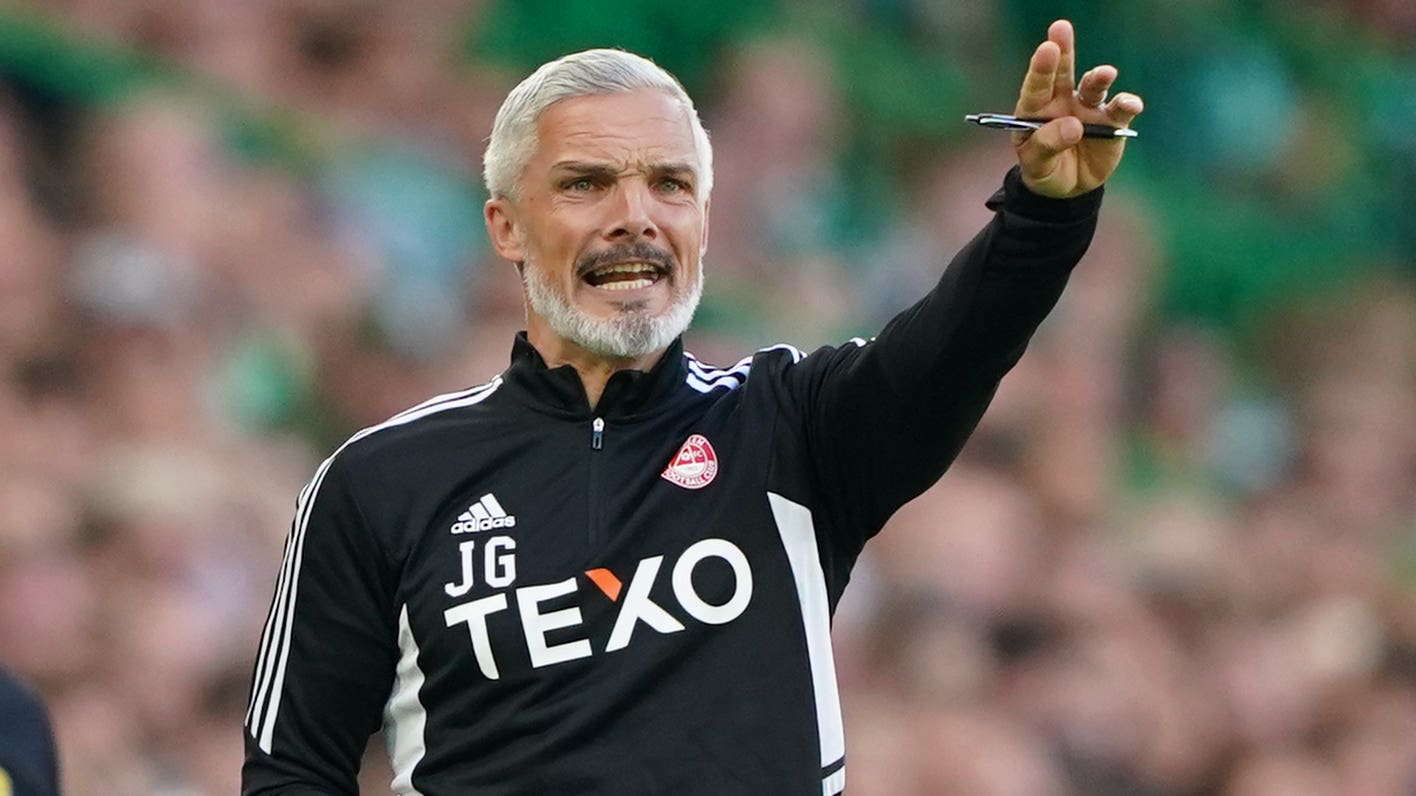 Jim Goodwin is determined to secure the first of many trips to Hampden as Aberdeen manager when his side host Partick Thistle in Wednesday’s Premier Sports Cup quarter-final.

The Irishman is striving to build a team who continually reach the business end of domestic knockout tournaments.

Victory over cinch Championship high-fliers Thistle would take the Dons into their first semi-final since Goodwin replaced Stephen Glass as manager eight months ago.

“This club should be expecting to get to Hampden year on year, whether that’s in the League Cup or the Scottish Cup,” said the Aberdeen boss. “I don’t say that to put pressure on myself or the players but it’s what should be happening.

“I’m pretty sure the Hearts and Hibs fans and possibly Dundee United fans would say the same. These teams, along with Celtic and Rangers, have got a very good history of going far in domestic cup competitions and while I’m manager of Aberdeen, I want my team to be doing that on a consistent basis, year on year.

“We’re not going to get too far ahead of ourselves, I’ve asked the players not to think about that day out in advance of it happening because the cups can throw up upsets and if you start getting too far ahead of yourself you can be brought back down to earth with a big bump.

“We’ll give Partick the utmost respect. We know they’re a difficult opponent but I have great belief in the group I’ve put together.”

Ian McCall’s Jags are joint top of the Championship alongside Inverness ahead of their trip to Pittodrie and Goodwin is adamant Aberdeen cannot take progress to the last four for granted.

“Partick are flying in their own league and are very much used to winning and they’ll be coming to Pittodrie with no fear and a sense of nothing to lose because they’re very much the underdogs in many people’s eyes,” said the Dons boss.

“One of the reasons I admire Ian McCall’s approach to the game so much is that whenever I’ve managed against him, whether I was at Alloa or at St Mirren, he always set his team out in attacking formation with some very good technical players.

“They have got some very good experienced players as well and we tried to make the players aware in our meeting this morning that there’s at least half a dozen of the Partick boys who have played Premiership football so they won’t be daunted by coming to play at Pittodrie in front of a big crowd.

“I do believe that if we play to the levels we’re capable of we should have enough to get the job done but it certainly won’t be easy. We’re not taking anything for granted, that’s for sure.”

Jonny Hayes remains sidelined by the injury that kept him out of Sunday’s 2-0 win over Hearts in the Premiership but Hayden Coulson could return after missing out at the weekend.