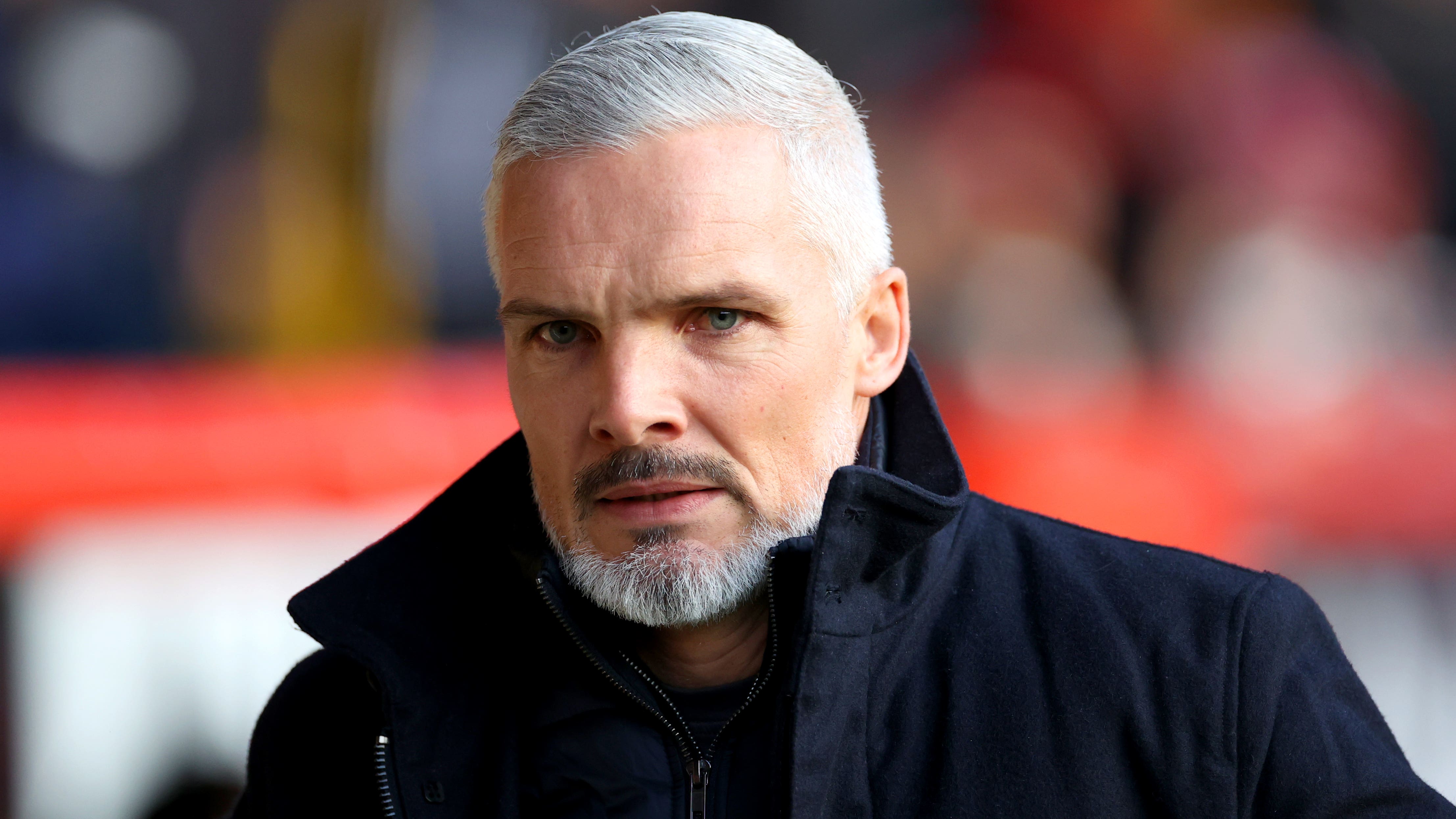 Jim Goodwin: Criticism of Aberdeen’s display against Celtic will not affect me

Jim Goodwin insists he will not be affected by the widespread criticism which followed Aberdeen’s defensive display in the 1-0 defeat by Celtic at Pittodrie on Saturday.

The Dons, sitting in third place in the cinch Premiership, had just 19 per cent possession against the league leaders and registered just two shots, neither on target.

Any hopes of a point, however, were scuppered by a late strike by Parkhead captain Callum McGregor which gave the dominant visitors a well-deserved win and, ahead of the visit of Rangers on Tuesday night, the Aberdeen boss took “full responsibility” for his tactics as he reflected on the weekend.

The Irishman said: “I am quite lucky in the way that I don’t let any of that kind of stuff affect me.

“I believe in what we are doing here. I think we have made some great progress in a short period of time.

“We are still a very young squad, the youngest in the Premiership, from being one of the oldest average squads last year.

“So, we have made some significant progress but I have never once sat here and said that we are an amazing team and we get things right every week. We don’t, unfortunately.

“With young players comes that level of consistency at times and that is something we are trying to iron out.

“In a couple of years’ time, once we have had a few transfer windows and time together as a team, hopefully we will be able to go toe-to-toe with every team in the Premiership.

“But I am quite realistic enough to know that Celtic are ahead of us in the football department right now because they have got a squad of top international-class players.

“A couple of the boys who started against us on Saturday were representing their countries in the World Cup.

“We can say what we want but Celtic have been the most consistent team in the Premiership to date, they have lost one game.

“We are disappointed to lose any game. We always believe we are capable of winning any game but unfortunately we weren’t able to do that on Saturday.

“But whatever criticism has come my way over the weekend I accept it, it is not a problem.

“There’s going to be ups and downs in management, you have to have thick skin to handle it.

“I don’t hold anything against anyone for holding an opinion, whether they think it is good, bad or indifferent. It is part of the game. If we win tomorrow night then Saturday will be soon forgotten.