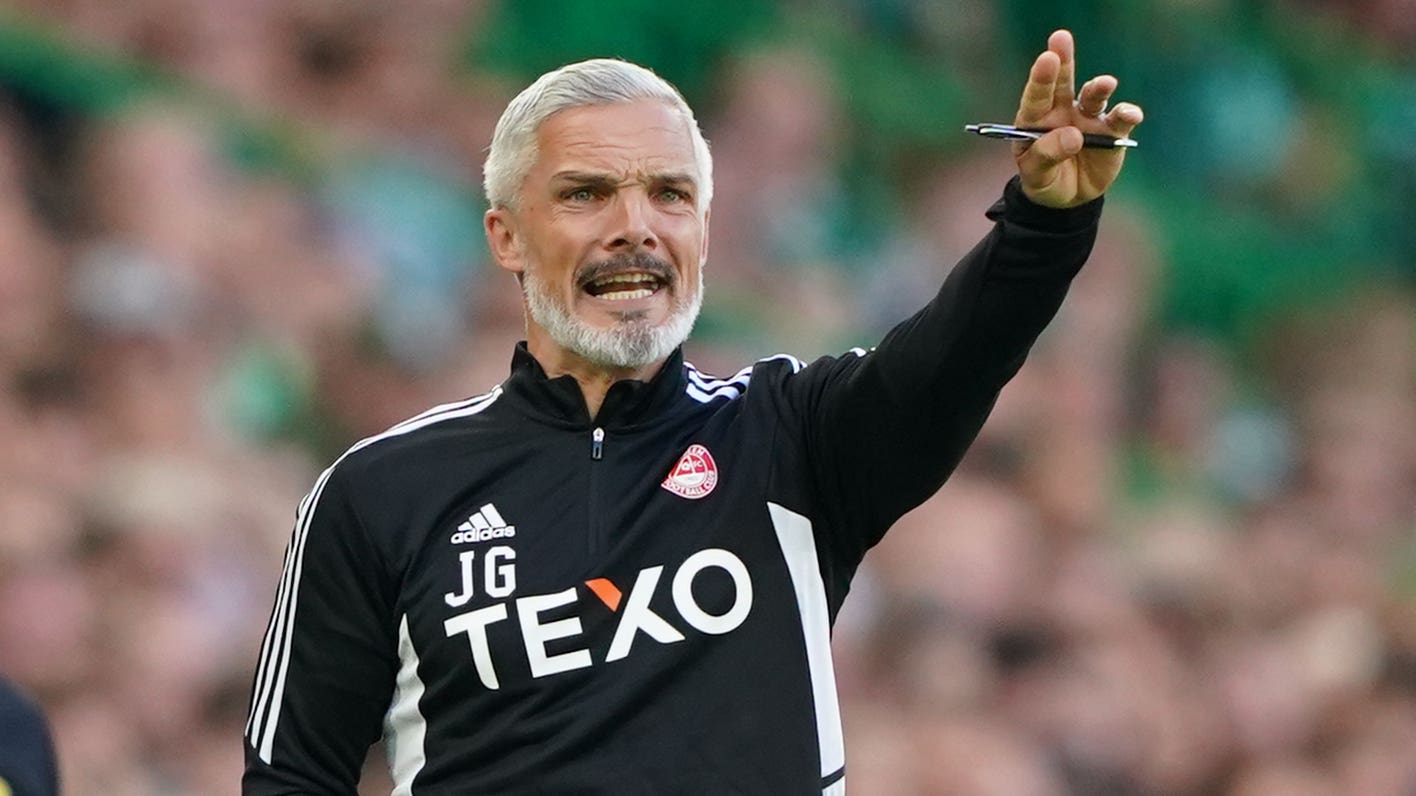 Aberdeen boss Jim Goodwin was delighted his gamble paid off after changing formation for his side’s cinch Premiership win over Hearts.

Luis ‘Duk’ Lopes scored the first and set up the second for substitute Vicente Besuijen as the Dons overcame Robbie Neilson’s side 2-0 to bounce back from a damaging defeat against Dundee United last week.

The hosts lined up in a revamped 3-5-2 formation, with Lopes partnering top-scorer Bojan Miovski in attack.

And Goodwin said afterwards: “I thought it was the perfect reaction to what was a disappointing and embarrassing result for us last weekend.

“When we lost against Hibs earlier in the season we bounced back well against Kilmarnock and I’m pleased we were able to do it again.

“It shows the character within the group. It’s not always easy to play in front of your home fans after a result like that. The guys rose to the occasion and gave the fans a little bit back.

“As a manager you leave yourself open to criticism if you make wholesale changes like that, if it doesn’t come off.

“We’ve been guilty of conceding goals and our goals-against record is pretty poor. We looked secure and comfortable out of possession.”

Hearts boss Neilson cited his side’s lengthy injury list as a contributing factor to a winless run that now stretches to five matches, with Andy Halliday and the concussed Peter Haring joining the injury list

Neilson said: “We had some top chances to score goals but we didn’t take them and conceded two poor goals. It’s a makeshift team at the moment and we’ve lost another two today.

“We’re asking players to fill in in different positions and you can see certain aspects of that. We’ve got to stick together and grind through it.

“I thought first half we were in the ascendency. In the second, Aberdeen got into a bit more and we became a bit more disrupted which can happen with younger players and a makeshift defence.

“We need to make sure that when we get to the World Cup break that we’re in a good position from which to kick on.”