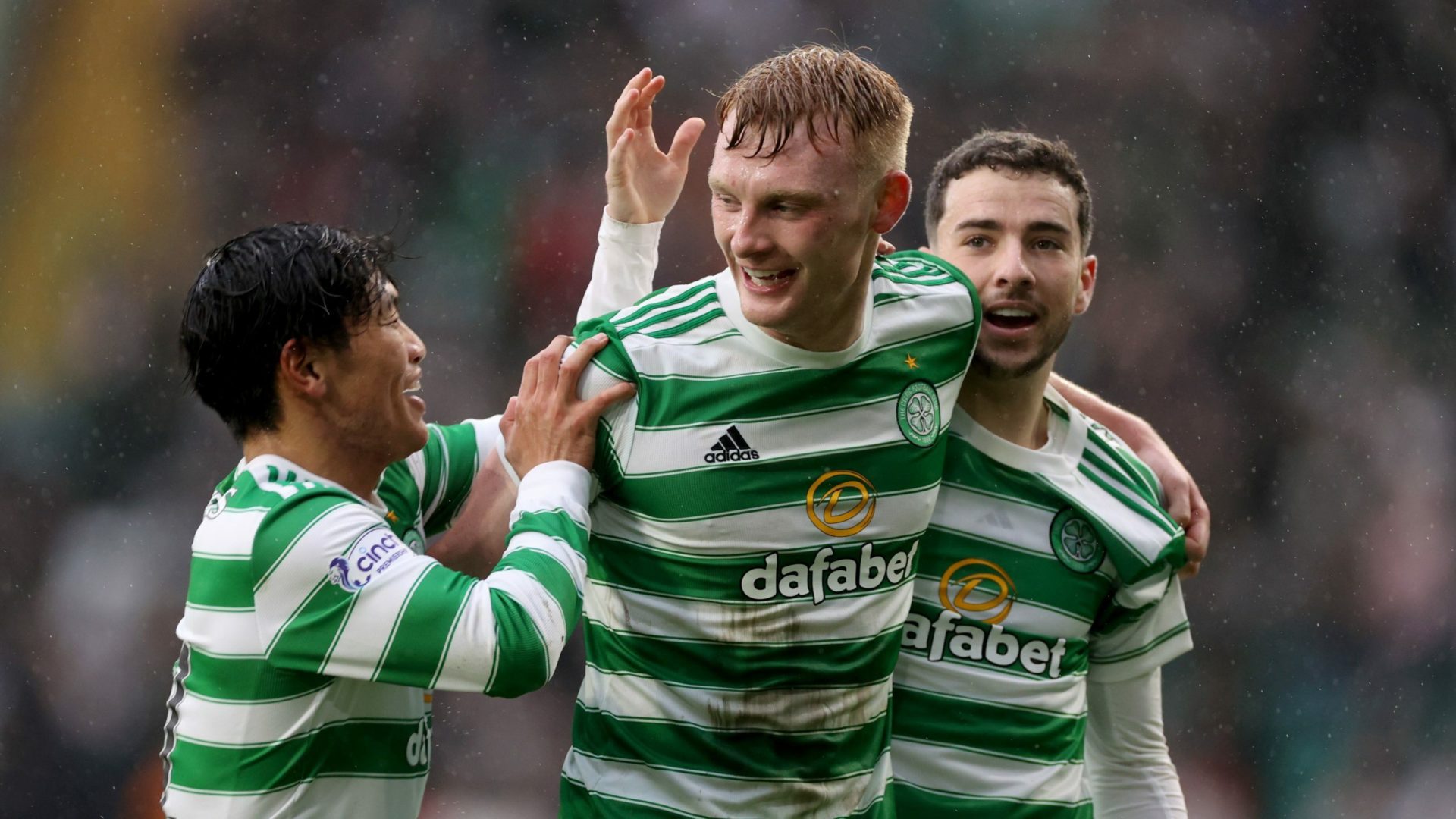 Jim Goodwin is delighted to have finally signed Liam Scales after bringing the Celtic defender to Aberdeen on a season-long loan.

The Dons boss tried to land his fellow Irishman when he was in charge of St Mirren, but he was unable to strike a deal with the 23-year-old’s previous club Shamrock Rovers.

Scales moved to Celtic from the League of Ireland side last summer but has so far failed to establish himself in Ange Postecoglou’s plans, allowing Goodwin to make his move.

“Liam is a player that I have been trying to get for the last couple of years,” he told the Dons website.

“I watched him very closely during his time at Shamrock Rovers, unfortunately I couldn’t get a deal done.

“Liam is 23 years old and has already amassed nearly 200 appearances in senior football. He’s a strong character with a winning mentality, who will no doubt be a great addition to the squad.

“He is coming in as a left-sided centre-half, which is the position I saw him play regularly for Shamrock Rovers, and the one we believe is his best position.

“He is aggressive, mobile, very comfortable on the ball and he has all the qualities you would want in a modern-day centre-back.”

Scales made 13 appearances for Celtic last term. He becomes Aberdeen’s third new signing of the summer after the arrivals of Ylber Ramadani and Jayden Richardson.