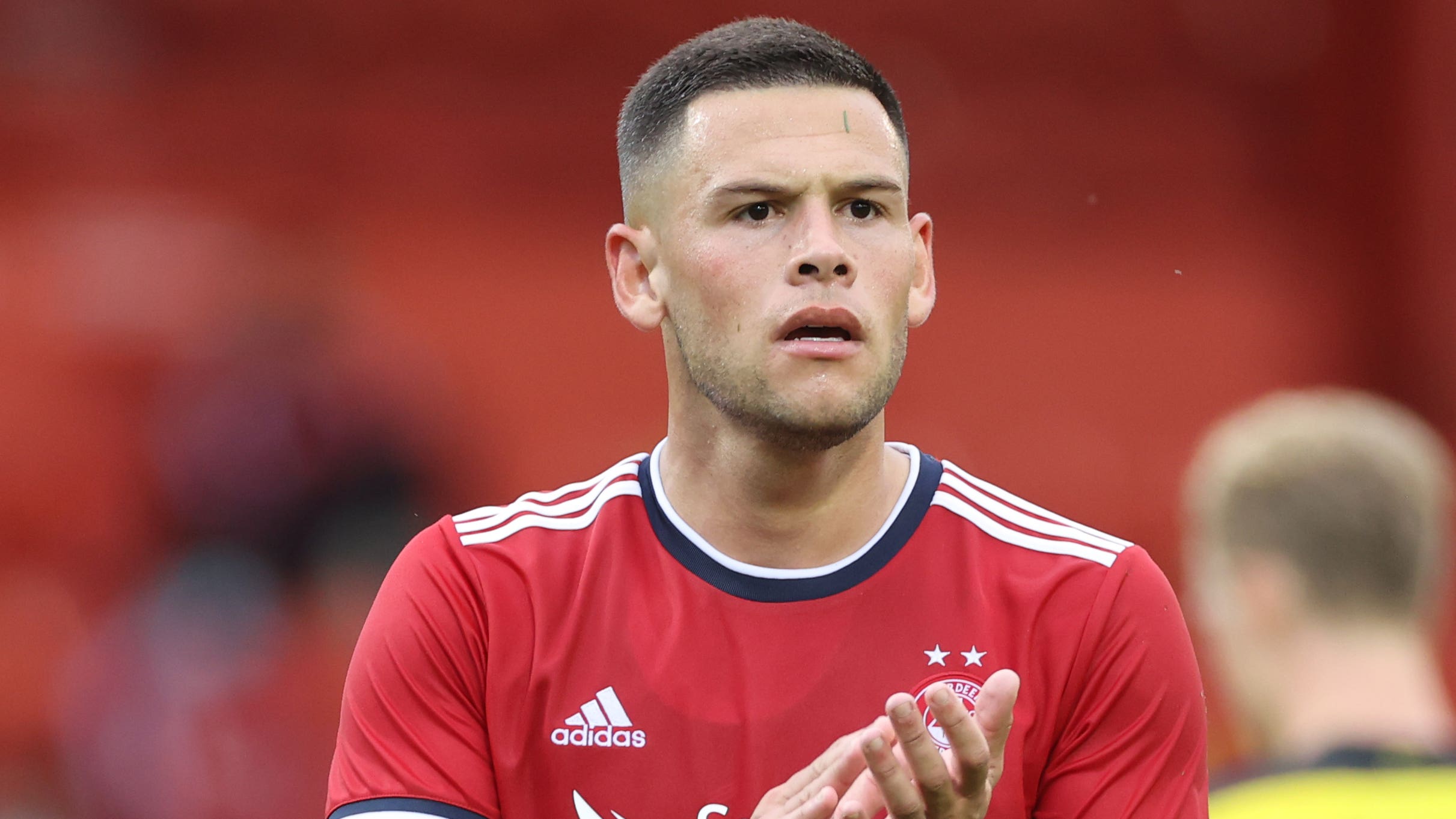 Jim Goodwin has hinted that out-of-favour duo Christian Ramirez and David Bates could be on their way out of Aberdeen.

Ramirez, the Dons’ top scorer last term, has not played since a late substitute appearance in the opening cinch Premiership match against St Mirren and has not even made the squad for the last two matches.

Centre-back Bates has not made a single appearance all season and has not been included in the squad for any match since the Premier Sports Cup group stage in July.

“For the time being they’re contracted to the club,” said manager Goodwin, when asked if the duo could leave before the transfer window closed on Thursday.

“Of course, both of them are disappointed not to be involved and want to play more regularly but there are players in my opinion who are ahead of both of them at the moment.

“Bojan Miovski has proven why we brought him to the club and he is our main number nine at the moment. And Liam Scales and Anthony Stewart have developed a fantastic partnership.

“Both Bates and Ramirez are used to playing week in, week out so they will want regular football. Whether they force their way back into my team will remain to be seen. But for the time being, they’re still Aberdeen players and until I’m told any different, that will remain the case.”

Goodwin is generally happy with his squad although he has not ruled out further additions before the window closes.

“We don’t need to be too busy,” he said. “We’ve spoken about one or two options but there isn’t a panic from us.

“We’ve done a lot of good business up to now, we’ve been very well organised coming into this transfer window and we’ve got a very strong squad.

“Hayden Coulson was missing through injury against Annan (on Tuesday), Connor Barron, who was outstanding last season, hasn’t kicked a ball for us this season yet and Callum Roberts has struggled with injury so we’ve still got those three quality players to come back into the fold.

“We’re a very strong squad once everybody’s fit and available so there’s no real urgency for us to do anything but we are in a position to do so if the right one becomes available.”