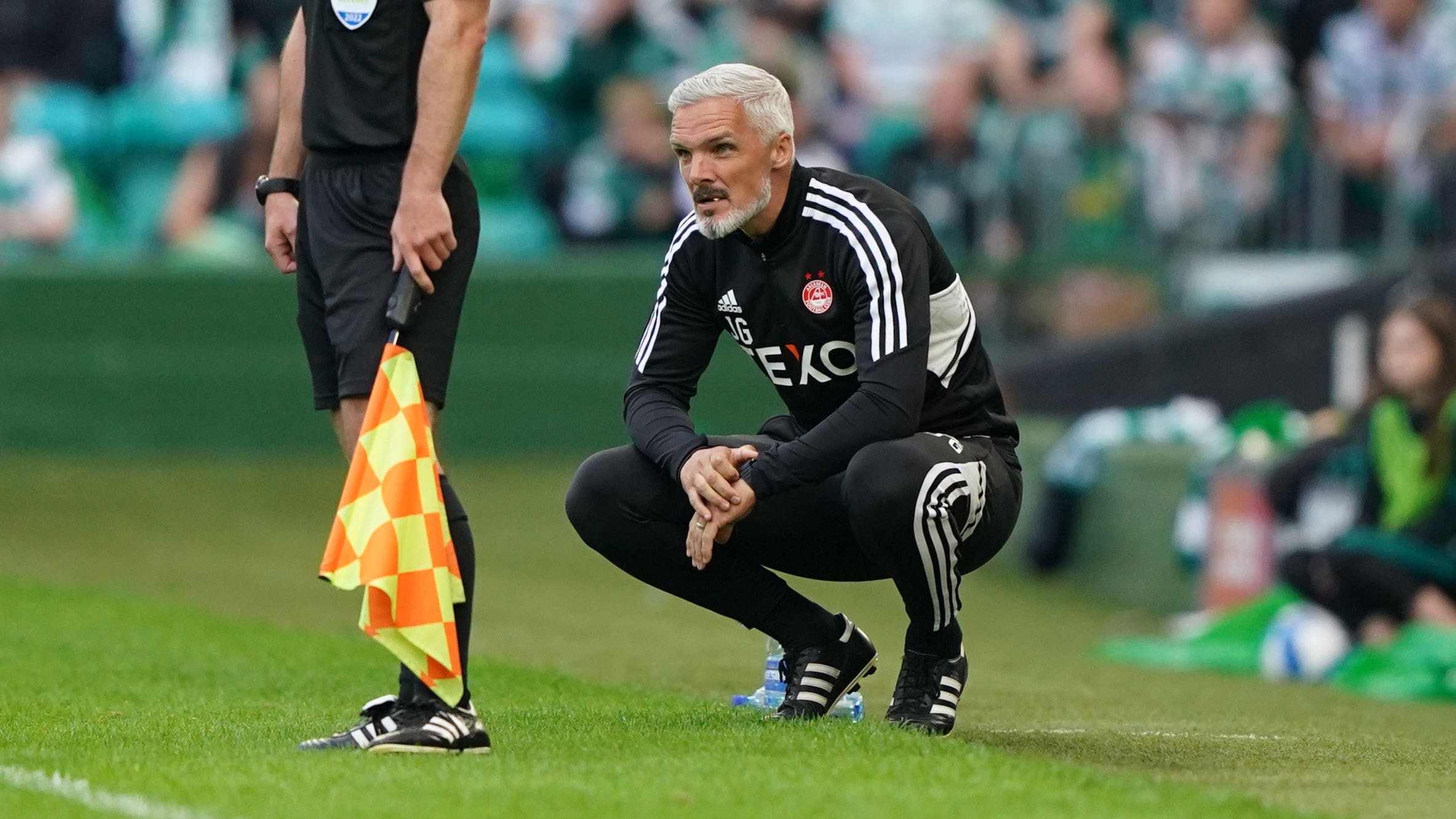 Jim Goodwin believes Aberdeen are in a good place ahead of their Premier Sports Cup last-16 tie against Annan on Tuesday night.

The Dons bounced back from a chastening 3-2 home defeat to Motherwell in the cinch Premiership with a 1-0 win at St Johnstone and a 5-0 thumping of 10-man Livingston in the Granite City on Saturday.

The Pittodrie squad is in the process of being rebuilt by the Irishman, who is still looking for one or two new players, but after recent performances and results he is in a positive frame of mind ahead of the trip to Galabank to take on the League Two side.

Goodwin told RED TV: “People will talk about the 10 men and rightly so of course, it makes things a little bit easier, but it’s not quite as straightforward as people would think. It is difficult to break down 10 men.

“I’m just delighted in the manner that we were able to do it, not only delighted with the starting 11 but also there is a special mention for all of the substitutes that came on as well at the weekend.

“It just shows you the strength and depth that we’ve put together here, that we’re bringing on really, really good players in the attacking third of the pitch.

“They’re exciting the fans and contributing which is the most important thing for any substitute, in any position, to come on and make an impact. All of the subs did that over the weekend.

“Duk (Luis Lopes) was outstanding again like he was against St Johnstone in Perth, Shayden Morris has shown what he’s going to bring to the table with his raw pace and quality in the final third, Ryan Duncan is another good academy prospect who got his first goal for the club. And (it is) good to have Matty Kennedy back in amongst that as well.

“We’re in a good place at the moment.

“Winning games gives everybody confidence and people will talk about the goals but for me, it was the clean sheet that pleased me most.

“Having conceded three goals against Motherwell in the last home game, to follow up the good clean sheet in Perth with another clean sheet against a good Livingston side, I was really pleased for the lads as a whole.”