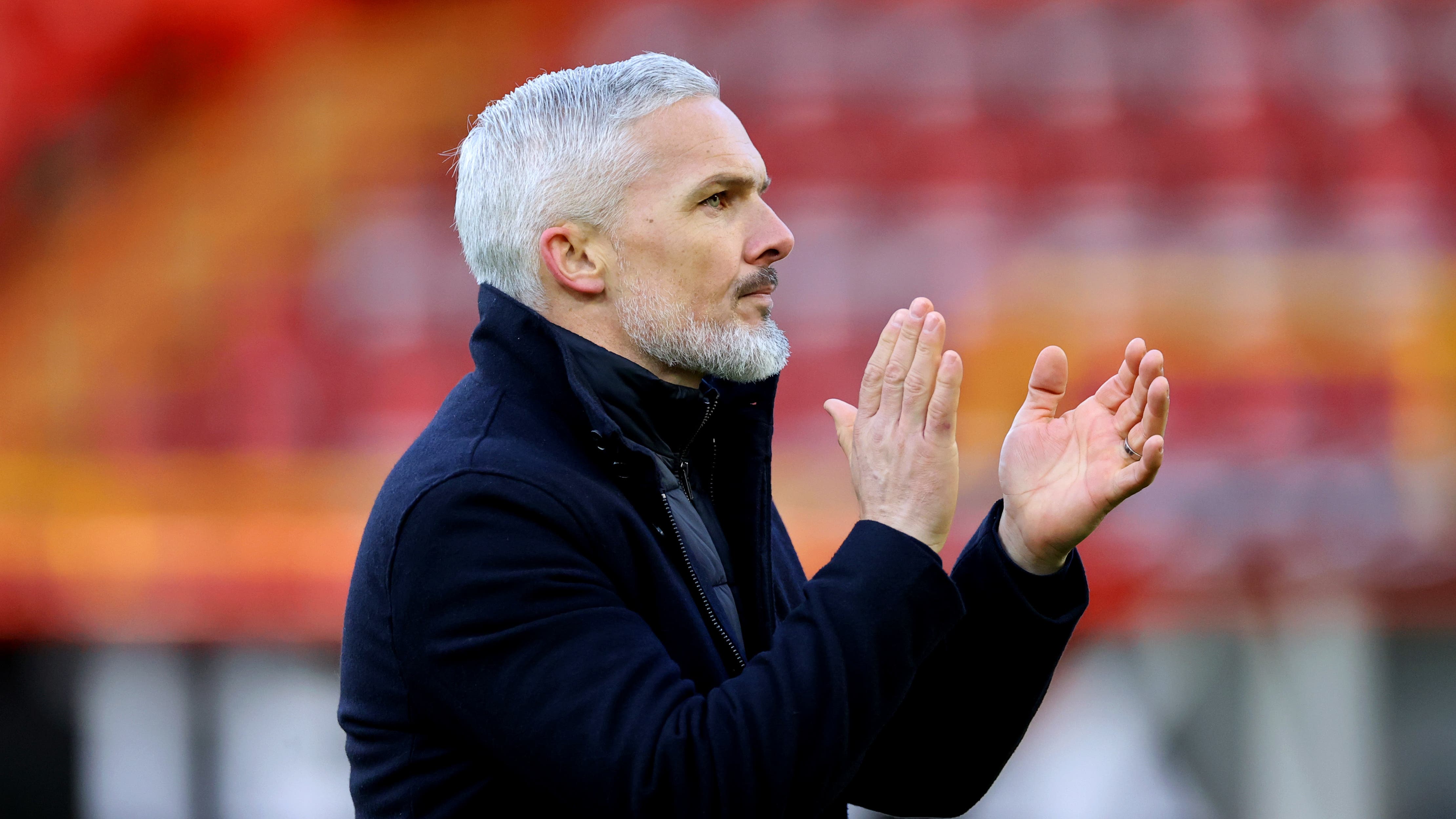 Jim Goodwin impressed with Aberdeen in win over St Johnstone

It also helped them bring to an end their winless streak and close the gap to Hearts to just three points in the cinch Premiership table.

The Dons could have been out of sight by half-time, with Duk seeing a goal chopped off for offside, while Bojan Miovski passed up three chances that, on another day, would have seen him take home the match ball.

But they stuck to their task leaving Goodwin a happy man, and he said: “I thought we deserved the three points over the piece.

“First half, I thought we were excellent. St Johnstone didn’t cause us too many problems at the back and we passed the ball about well. We were unfortunate with one or two of the decisions that went against us.

“It looked like it might be a carbon copy of Monday where we were in complete control of the game without getting the breakthrough, but I have to give great credit to the players.

“They’ve been on a difficult run but have stuck together, and it’s good for Duk to get back on the scoresheet.”

St Johnstone boss Callum Davidson was left to rue the defensive error that allowed Aberdeen to break the deadlock, and admitted his frustration at the soft nature of the goal.

“We knew Aberdeen would come and have a go at us,” he said. “They were under pressure to get a result.

“I thought we set up really well and were hard to play against. As the second half wore on we got more possession higher up the pitch.

“I thought when they scored the goal we were starting to take control, and it’s frustrating for me. We did everything right and from one long ball, you go behind.”