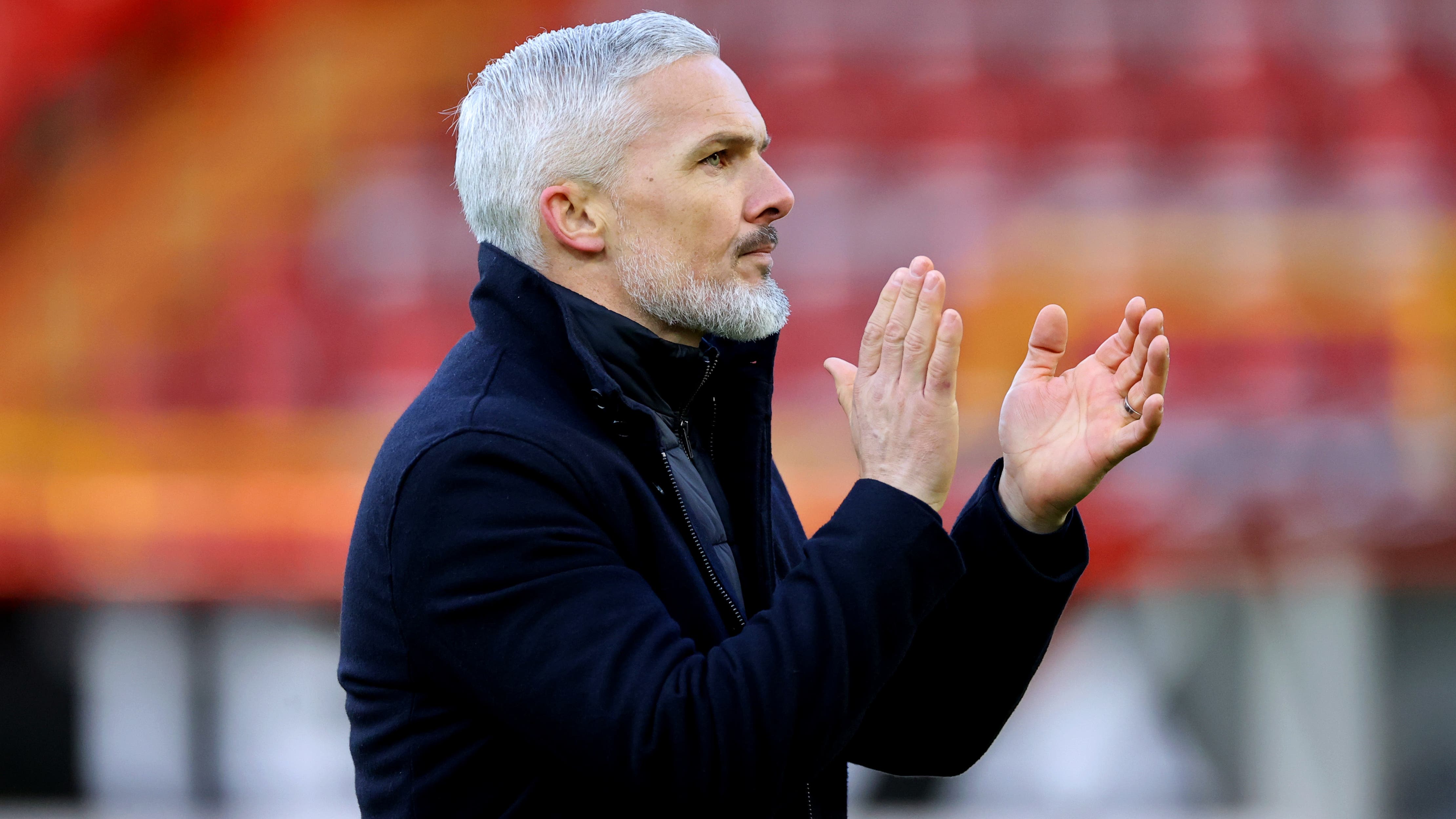 Jim Goodwin admits that recent results have not been good enough but insists Aberdeen remain confident ahead of their Viaplay Cup semi-final against Rangers next Sunday.

The Dons recorded a 2-0 cinch Premiership victory over St Johnstone on Saturday thanks to two goals from Luis ‘Duk’ Lopes, sealing a first win since domestic action resumed after the World Cup.

The Cape Verde international prodded home a Vicente Besuijen pass from a simple long ball to belatedly open the scoring after 74 minutes, and his unmarked header from a Jonny Hayes corner 10 minutes later sealed the win.

That cut the gap to third-placed Hearts to just three points, with Goodwin saying: “There’s been a lot of noise outside it we haven’t really allowed it to affect us.

“We haven’t accumulated enough points since the World Cup. We should have beaten Ross County here on Monday. Against Kilmarnock we were terrible and held our hands up, but I thought there were good moments in the other games.

“We can’t worry about what’s been and gone. There’s been no sign of panic or negativity within the group. Today was an important result, and we know what is expected next week. We’ll go there and try to give ourselves the opportunity to get to a final.”

Goodwin’s Saints counterpart Callum Davidson was left frustrated by a fourth successive defeat and, as a former Scotland defender, admits he was hurt by his side’s failure to defend against a simple long ball.

The St Johnstone boss said: “We did everything right and then for me it’s one long ball that’s cost us the game. It’s hard for me to take as a defender, and as a group we have to deal with it better.

“We got a warning in the first half and didn’t deal with it well enough, and then the same thing happens in the second half and that for me is what cost us the game.