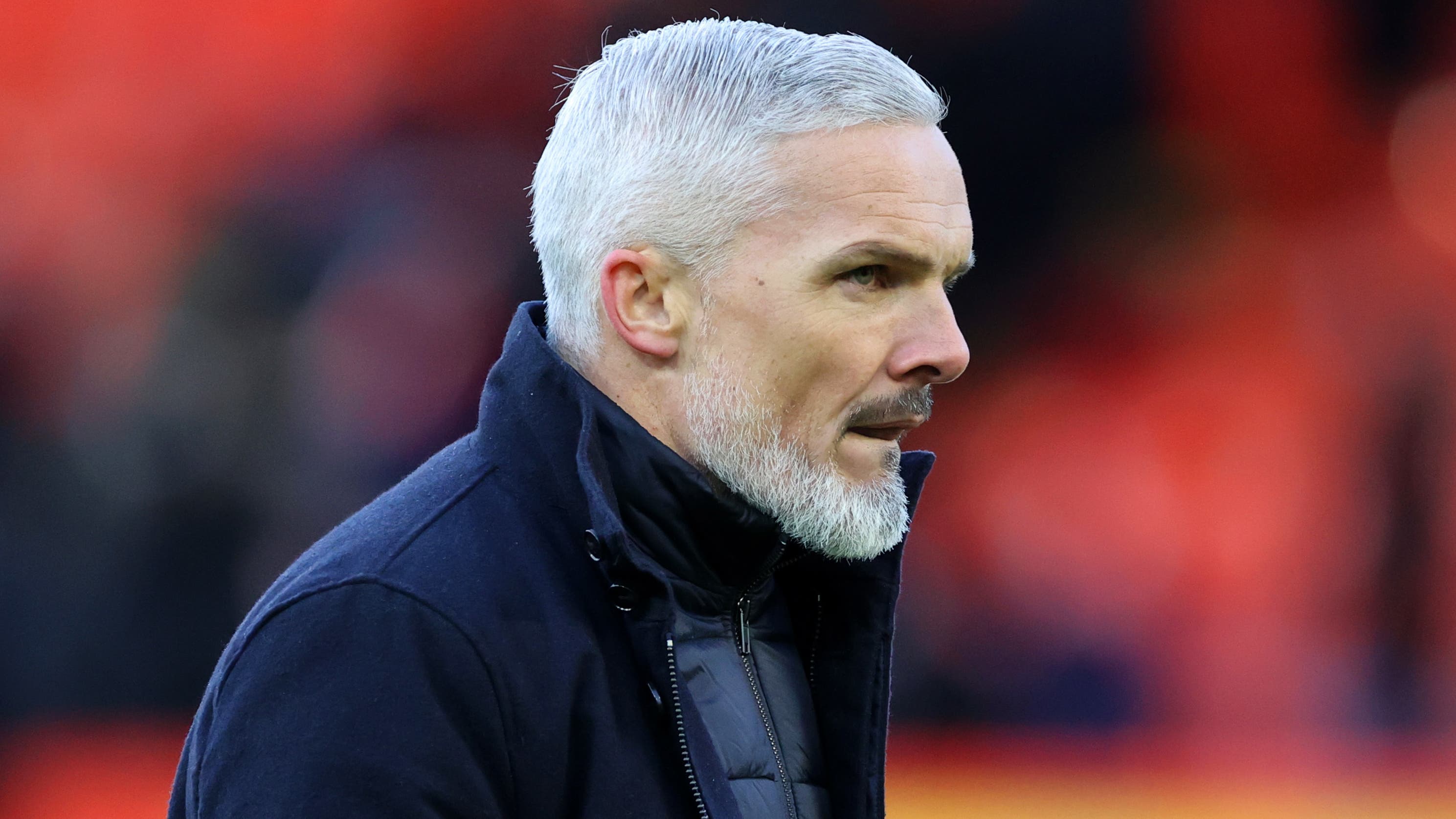 Jim Goodwin insists he does not need assurances over Aberdeen future

Jim Goodwin insists he just needs time to complete Aberdeen’s “transition” rather than assurances over his job following Wednesday’s 5-0 defeat by Hearts.

The Dons boss faced the media on Thursday afternoon just before a pre-planned meeting with chairman Dave Cormack but he feels the board appreciate the scale of the task he undertook last summer.

Goodwin signed a whole team of players and is confident they are on the right track despite poor away form and their Tynecastle humiliation.

“Wholeheartedly, I still believe I am the man for the job,” he said. “I believe in my backroom team, I believe we recruited very, very well in the summer. Like a lot of big teams out there sometimes you go through a transition period and that’s where we are right now.

“We made significant changes in the summer. I always said it’s never an easy or quick process. Sometimes things take time and that’s where we are at.

“We are not a million miles away from where we need to be. I think we have made some really good progress internally. A lot of things have changed behind the scenes which maybe aren’t publicised but ultimately the supporters just want to see their team winning and that’s what we have to get back to doing.

“Wednesday night was a shock to us all, an extreme disappointment, but we can’t dwell on it. We have to put it behind us now and focus fully on what’s a very important game on Monday in the Scottish Cup against Darvel.”

Goodwin appeared confident that the board would not make any knee-jerk reaction to the midweek defeat, which came three days after 10-man Aberdeen had lost 2-1 in extra-time against Rangers in the Viaplay Cup semi-finals.

“I have had tremendous backing from the board of directors and all the staff here at Aberdeen,” the former St Mirren and Alloa manager said.

“I have every faith in the people that I have brought to the club, I believe I have got what it takes to get us back on track, and the board of directors have been extremely supportive in pretty much every request I have made.

“I have had dialogue with a couple of members of the board. The chairman is here in the UK at the moment. He was at the game and I’ve got a meeting arranged with him at the training ground to go over one or two things.

“But I don’t need any assurances. I was brought in here to do a job. They knew the significant changes that needed to be made. We just need that little bit of time to make sure we get things to where we need to be.

“One good thing about this club, maybe if you exclude the appointment before me (Stephen Glass), but prior to that it was a club of real stability and backed their managers and gave their managers time to make the significant changes required to bring success. We will eventually get there.

“I know talk is cheap, I know that’s not what a lot of people want to hear right now. We can’t hide away from what happened on Wednesday night, it was an extremely disappointing evening, but we know the hard work that’s entailed to turn events around and get us back on track.”

Goodwin claimed after his first game in charge in February 2022 that being more solid and getting back to keeping clean sheets could be “easily ironed out in the next week or so”.

But the Dons have only kept one clean sheet on their travels in the league since and no other team have conceded more than their 27-goal total against them away from home this term.

“That’s always the case when you make some silly statements, they can always come back and bite you,” Goodwin said when reminded of his words.

“It hasn’t quite come to fruition. It’s something that I am extremely disappointed with.

“The teams I have been at previously have been renowned for being difficult to break down and being hard to beat and being very competitive.