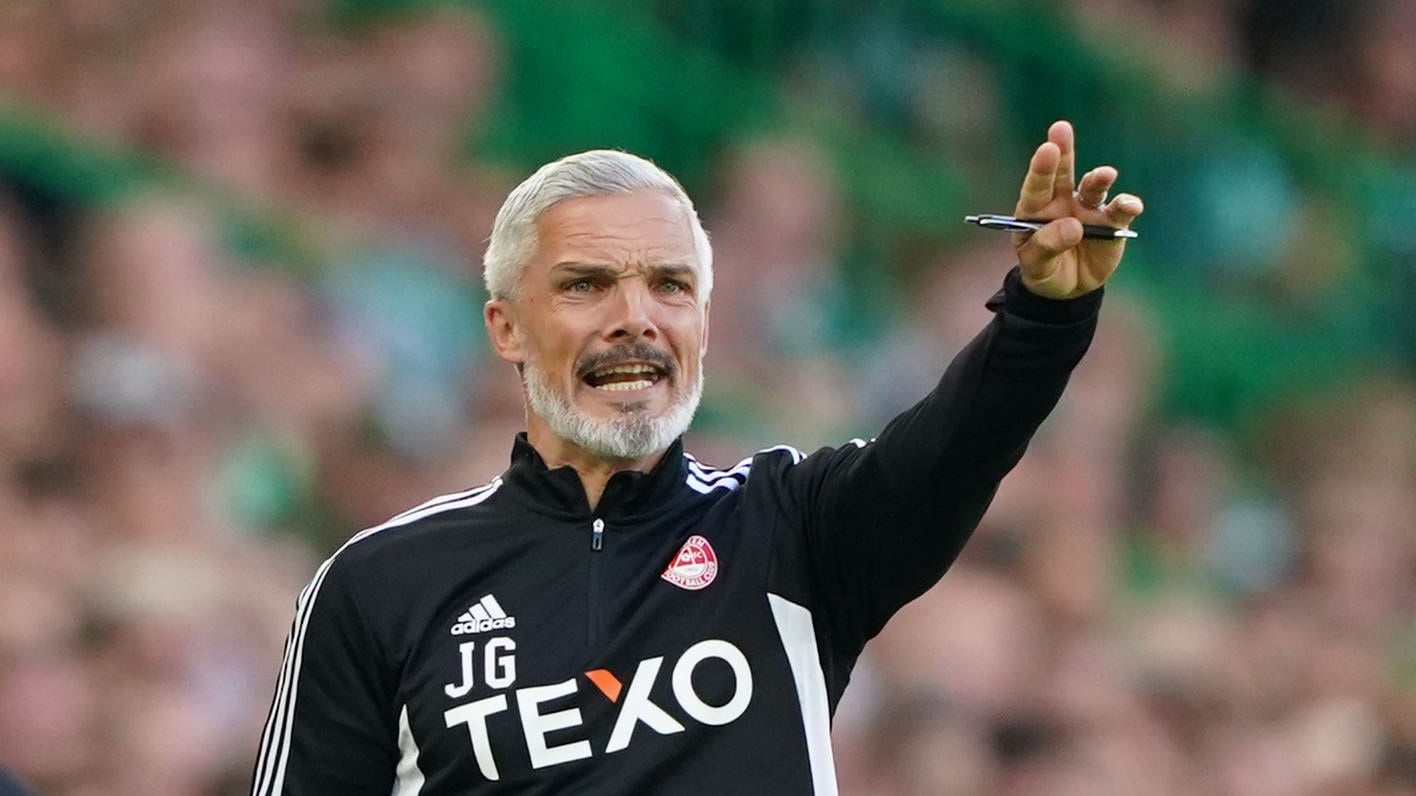 Aberdeen boss Jim Goodwin refused to get carried away after his side routed 10-man St Mirren 4-1 to record a first league win of the season.

The hosts were in total control of the match from the moment former Don Declan Gallagher was dismissed after 22 minutes, with Bojan Miovski netting from the penalty spot and then adding a second.

Substitute Leighton Clarkson then fired home a stunning third on the stroke of half-time, and although Jonah Ayunga pulled one back from the penalty spot, Luis Lopes sealed the win with a late fourth for the home side.

Goodwin said: “We’re obviously delighted with the result and the overall performance. As always, there’s parts we can do better – we let the tempo drop in the second half but I can’t be too critical.

“We want to be entertaining for the fans and I think they saw that with some of the goals we scored.

“As much as I want the fans to go away excited, we were up against 10 men for large periods of the game, so we should be able to win the game.

“But some of the football we played was very exciting and entertaining which is what we’re looking for.”

St Mirren manager Stephen Robinson was able to look for the positives, but admitted that Gallagher’s red card was costly.

He said: “When you come here with 11 men it’s a tough game with the amount of money Aberdeen have spent and the squad they’ve put together.

“For 22 minutes I thought we were excellent, but once the penalty decision and red card happen, the game plan is out the window. It’s a double whammy.

“Declan is adamant it hit his chest and not his arm, but whether you have 11 men or 10 men, the second and fourth goals are certainly preventable.

“The second goal killed us as had we gone in at half-time at 1-0 it’s a different game.

“Lady Luck isn’t shining on us at the moment. I can’t ask too much more in terms of effort and application. I’m not going to get too down. Results haven’t been what we want so far, but we’ve opportunities to rectify that.”