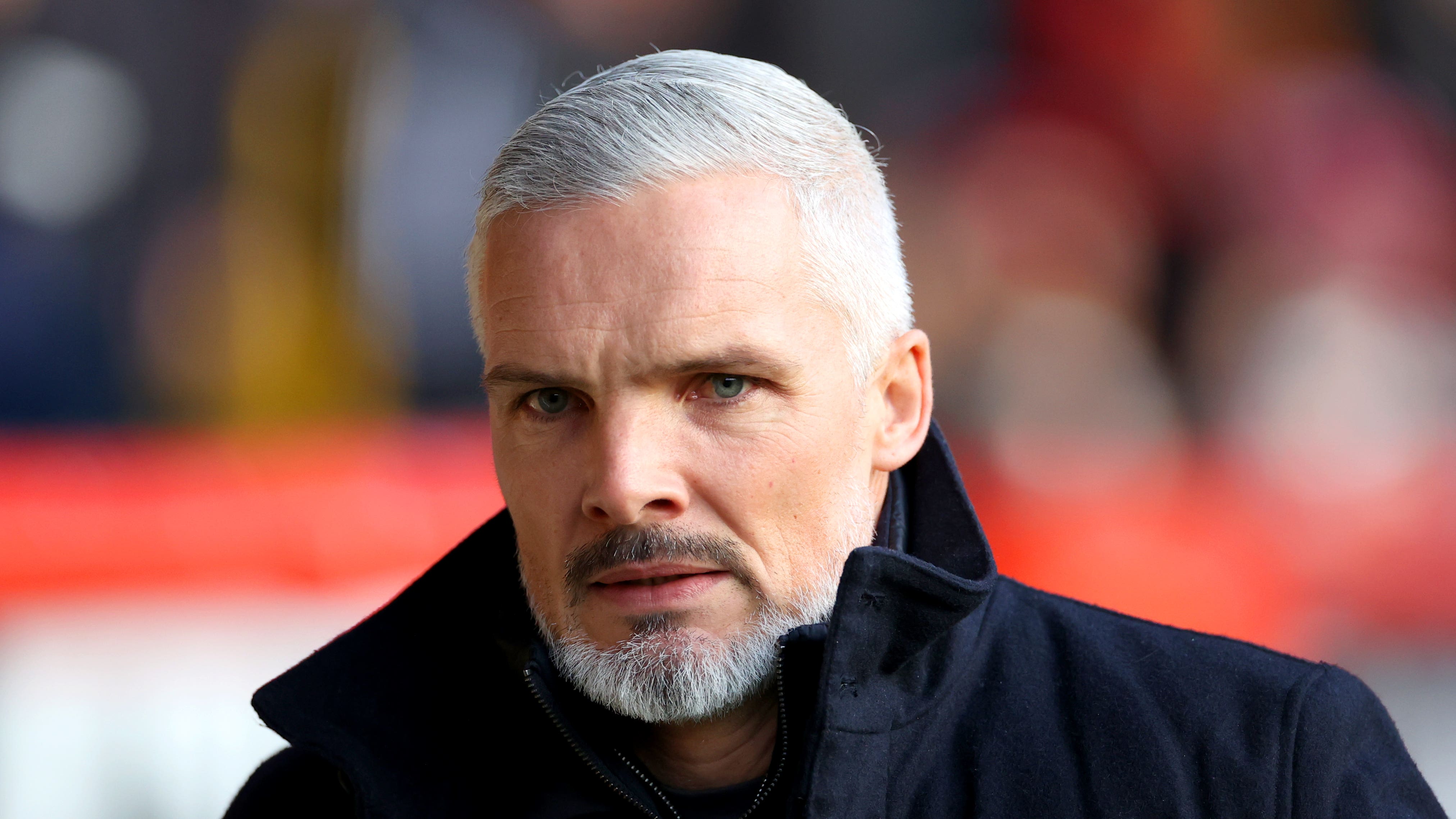 Boss Jim Goodwin says now is not the time to panic after Aberdeen ended a four-game losing run in the cinch Premiership but could only draw against bottom side Ross County despite a dominant performance.

Dons winger Matty Kennedy came closest to breaking the deadlock when his first-half effort was cleared off the line by Alex Iacovitti.

But it was a toothless performance from Aberdeen who find themselves falling off the pace of Hearts in the battle for third place.

Goodwin said “Hopefully the fans showing their frustration isn’t aimed at the players because I think the players show a lot of commitment and effort. I think it’s more aimed my way which is part and parcel of the game.

“Since the World Cup break we’ve not picked up enough points, it’s as simple as that. I’ve been in the game long enough to know how it works but I also know how to come out the other side.

“I certainly won’t panic – that reaction at the end doesn’t faze me.

“We were in control for the majority of the game and got into some good areas. The only disappointing this is we lacked a bit of quality in the final third.”

Staggies manager Malky Mackay was proud of the defensive quality his team displayed in recording a clean sheet despite the pressure the home side had put on his side.

He said: “I thought Aberdeen would throw everything at us and with all three of their forwards on the pitch we had to tweak our formation to deal with that.

“I’ve great respect for Aberdeen and the squad they’ve built. For us to defend the way we did and the resilience we showed.

“The good thing I’ve got looking at my squad is knowing the work ethic the boys have – we need to build on that in terms of the performances and the little finishing touch.

“Putting the ball in the net is what’s going to take us away from the bottom.

“We’ve played everyone and there’s not much between about seven teams right now in terms of points. We have the full second half of the season to go at it with everything we’ve got.”