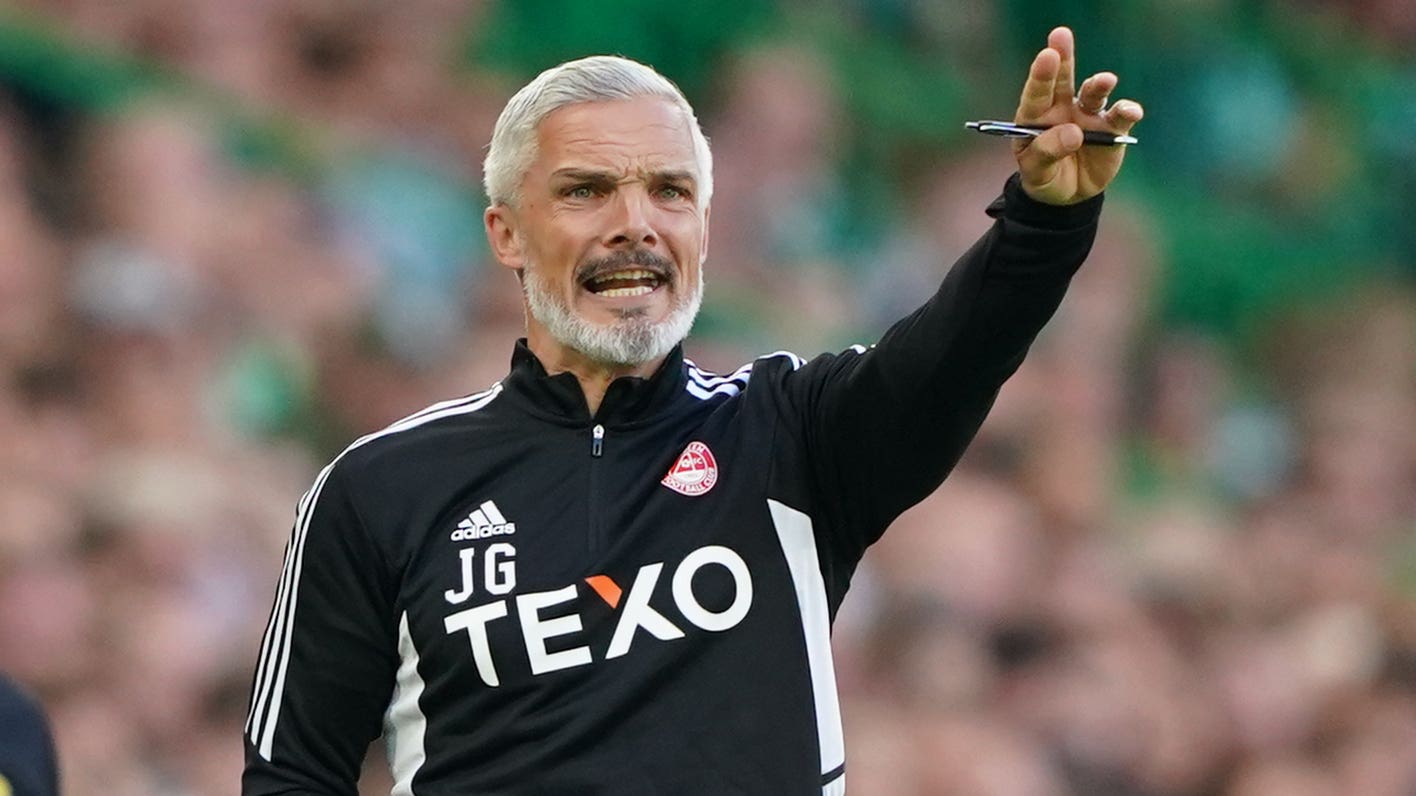 Aberdeen manager Jim Goodwin praised his side for a different type of performance as they ground out a 1-0 win over Dundee United to go into the World Cup break third in the cinch Premiership.

Bojan Miovski netted the only goal of the game from the penalty spot after Mark Birighitti had fouled Luis ‘Duk’ Lopes, and Goodwin also praised his under-fire defence.

He said: “I’m delighted with the end result. If you’d offered me a scrappy 1-0 win before the game, I’d certainly have taken it.

“I thought the first 45 minutes we dominated large periods and probably should have added to our lead. The second 45 we were happy to give up a bit of territory because of the pace we could see Dundee United had in their side.

“It’s something we’ve been criticised for in the past, being too open. We decided to sit off a bit and see if United could break us down.

“The attacking players have received many plaudits for their creativity, but today was a different type of performance. We had to grind out a result and we managed to do that.”

United boss Liam Fox conceded that points were important, but felt there were positive signs from his side.

He said: “We well know we’re here for points. I understand it’s easy for me to say and that the supporters will be disappointed going down the road, but not as disappointed as we are.

“There was a lot of positives from the performance. If we keep performing to that level, to that standard, then we will start to pick up points on a regular basis.

“Aberdeen are a good side and I think we pushed them all the way today. Everybody can beat everybody in this league as shown on a weekly basis. We know where we are and where we need to get to.

“I have no complaints about the penalty. We need to be tidier in possession and take opportunities to break up the play when we get them.”