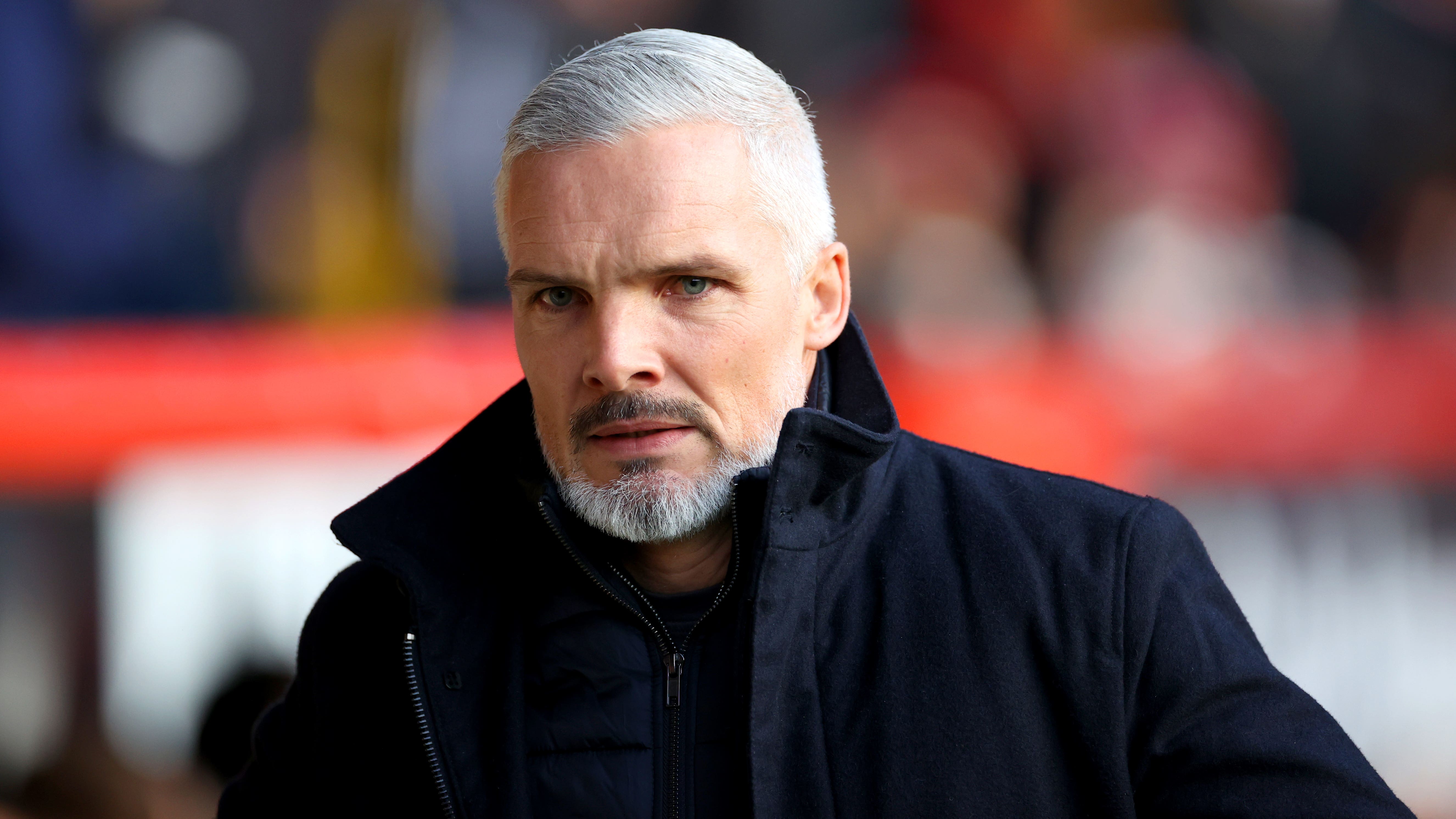 By By Anthony Brown PAJanuary 18, 2023No Comments

Jim Goodwin was adamant he will not walk away from his role as Aberdeen manager after Wednesday’s “humiliating” 5-0 defeat away to Hearts.

The Dons were 4-0 down at half-time at Tynecastle as their poor run of form since the World Cup break continued.

When it was suggested afterwards that he looked like a beaten man, Goodwin said: “I am not a beaten man, I will never chuck the towel in if that’s what you are suggesting.

“But this is not the time to talk about positives. It’s a humiliating defeat for me, the players and the club, but I will turn up in the morning and try to put things right.”

Goodwin – who revealed afterwards that first-choice keeper Kelle Roos is facing an injury lay-off that may force him to sign a replacement this month – lamented his team’s defending as they crashed to a fifth consecutive away defeat.

He refused, however, to use his team’s exertions in last Sunday’s extra-time Viaplay Cup semi-final defeat by Rangers as an excuse.

“To concede five goals in any game is unacceptable,” he said. “That result pretty much sums up our away record.

“I didn’t think there was a great deal between the two teams up until the first goal but how we defend the first one is pathetic really.

“We know all about James Hill’s long throw, he is renowned for that. He puts a long ball into the box, we don’t win the first one, the Hearts player reacts quickest to the second one and we find ourselves a goal behind.

“We had a decent reaction to that I thought, but again the second goal is all too easy. I didn’t see this coming tonight, I really didn’t. We felt we were in a good place mentally.

“We can talk about whether we were (in a good place) physically after the game on Sunday, but I don’t really want to go there because I will sound like I am making excuses.

“That is not the reason we lost the game in the manner we did. Our defending for some of the goals was very hard to explain.”

Hearts boss Robbie Neilson was thrilled with a win that moved his team seven points clear of Livingston in third place, setting them up nicely for Sunday’s Scottish Cup tie away to city rivals Hibernian.

“We started well and got the goals at good times, but it’s three points, that’s all that matters, and it’s all about the derby now,” he said.

“They got a quick pat on the back and it’s on to Sunday now. Aberdeen beat us up there and we have beat them here, so it’s even-Steven now.

“All eyes are on the derby now, it’s pivotal to the season because we want to get a result and kick on.”