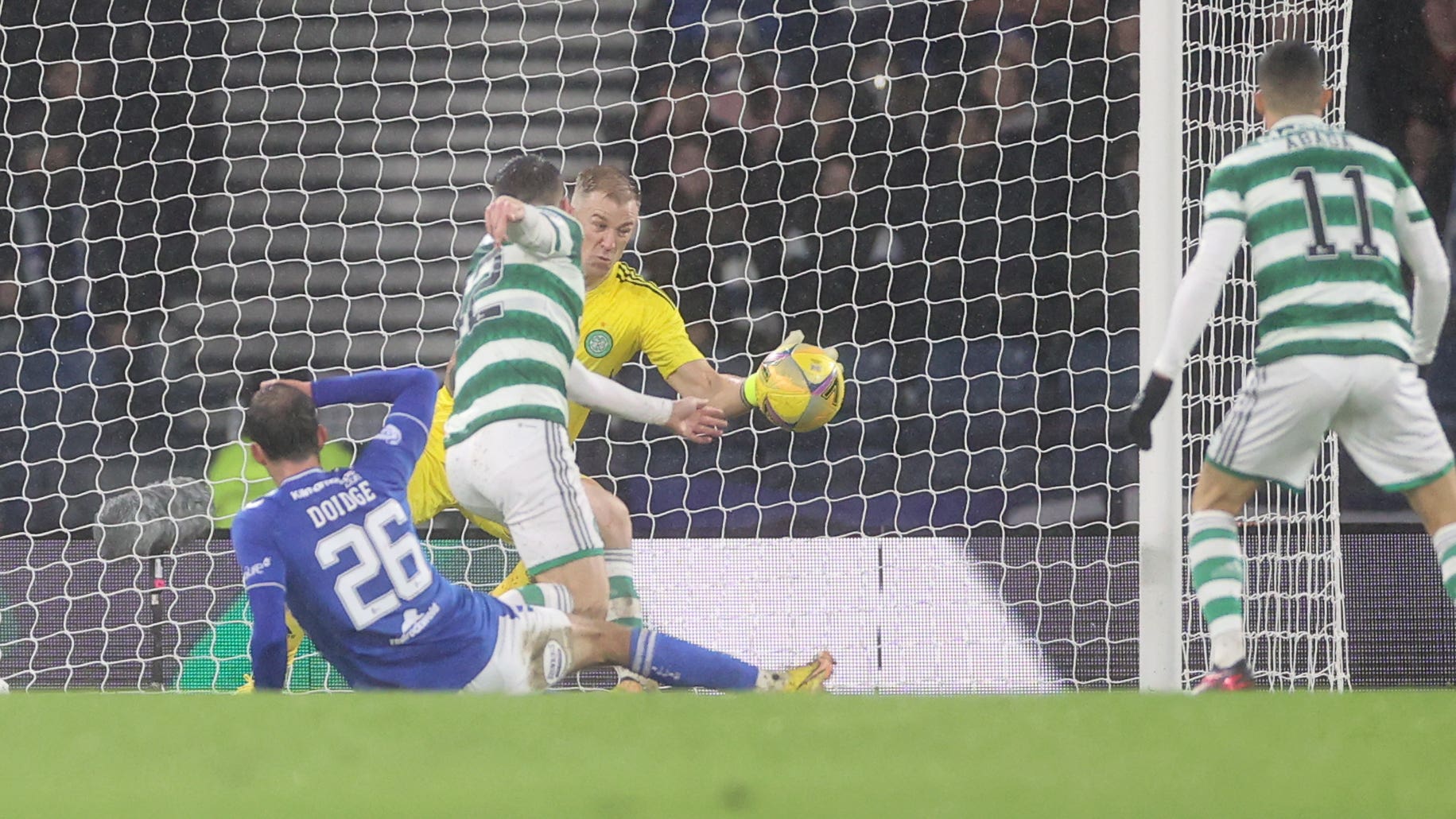 Celtic goalkeeper Joe Hart admitted his side were not at their best as they battled into the Viaplay Cup final with a 2-0 victory over Kilmarnock at Hampden Park.

Kyle Lafferty’s attempted clearance deflected in off Daizen Maeda’s chest to give Celtic a first-half lead, but Kilmarnock refused to go away until substitute Giorgos Giakoumakis eventually made the game safe in stoppage time.

Former England goalkeeper Hart had to be at his best to keep out a long-range strike from Rory McKenzie in the first half and also made crucial stops to deny Joe Wright and Christian Doidge from close range.

Hart admitted the heavy rain and swirling wind proved a challenge as Celtic held on to reach the final of a competition they won last year.

He said: “It was tough. I thought Kilmarnock did well. They made it difficult for us. We weren’t great, but we still stuck to it.

“In a cup competition with conditions like that and a team that was more than in the game up against us, stuff was always going to happen.

“I’ve played in every condition and, let’s be honest, I’m more used to that than I am the sunshine.

“The way we play was always going to be tough on a pitch like that, but we were never going to back away from it. You’ve got to be aware that we’re not going to be perfect. We’re trying to be, but I thought Kilmarnock were really good.

“They came on the front foot and put us under a lot of pressure.”

Hart also praised Giakoumakis as the Greek striker, who has been heavily linked with a move away, made the game safe with a close-range finish deep into stoppage time.

He added: “Huge goal for us. As a squad it’s an exceptional effort from every single one of us.

“Everyone’s going through their own things. Everyone’s got stuff on their plate, but everyone, the moment they put their kit on, they park it and they get on with it.

“Football’s a business and stuff can happen and things go on, but credit to this whole group. Personal things happen, football things happen, but the moment we wear the Celtic badge, we’re in the same direction.”

The 35-year-old has won the Premier League and FA Cup in his career but admitted he still enjoys the thrill of these high-stakes occasions.

“I love everything being on the line in these games. What a great feeling. I love playing football. It’s not pressure, it’s exciting. You’re being tested constantly, asking you to be at your best.

“At the moment, I’m playing for Celtic. We’ve got a huge support, a huge following and I’m trying to win trophies.”