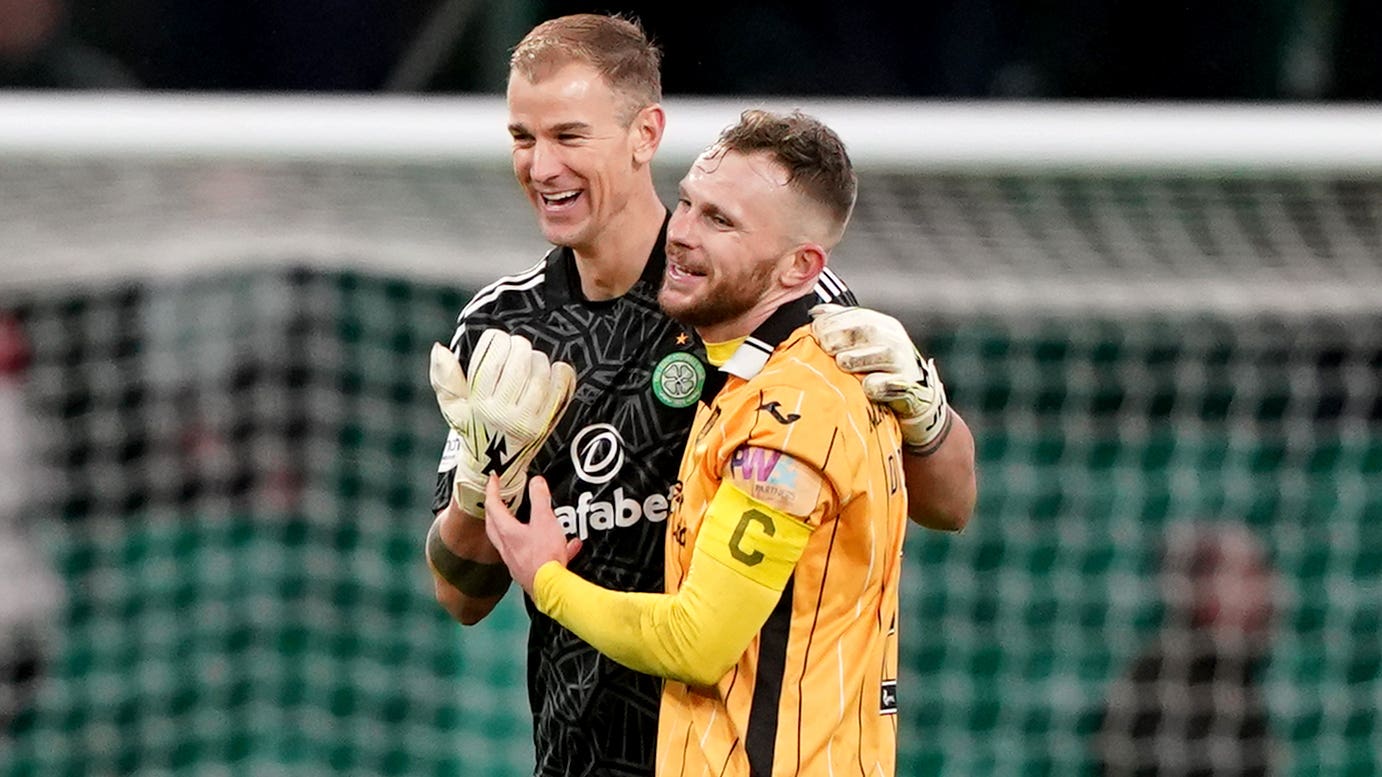 By By Gavin McCafferty PADecember 22, 2022No Comments

Celtic’s Joe Hart insists there is no chance he will lose focus during one-sided games as being a goalkeeper is a “way of life”.

Aberdeen managed only two shots, both off-target, against Celtic on Saturday and Hart had another very quiet 45 minutes against Livingston on Wednesday before being beaten in first-half stoppage-time as Nicky Devlin pulled a goal back from the visitors’ first attack.

The 75-times capped England international was slightly busier after the break and made a good stop from Stephen Kelly but there were no late scares as Celtic won 2-1 to restore their nine-point advantage in the cinch Premiership.

Hart said: “As a team this year we have limited teams to few shots so I am just trying to stay as on my toes as I can. Obviously I am involved in the play but shots-wise we are very good at snuffing them out.

“It’s not like I have got anything else to think about. It’s not a secondary job, in the Sunday league, where maybe your mind would wander to work the next day.

“This is everything for me. Every second of the game. I don’t find it difficult focusing.”

Hart has become accustomed to long spells of inactivity in terms of facing threats from the opposition.

“That happens at a big team, a dominant team,” he said. “I obviously want to be there for those moments and try and save them, but Livi stayed dogged and stayed in the game and took their chance when it came.

“We would have liked to have scored a few more but football is not set up for us to necessarily smash people all the time. We have to earn it and we have to put balls in the net.”

Hart made an acrobatic stop to prevent Kelly equalising with a 20-yard volley.

“I was just trying to see it because there were a lot of bodies in the box,” he said. “It might have seemed quite dramatic but I couldn’t see it and as soon as I got eyes on it I just wanted to get rid of it.”