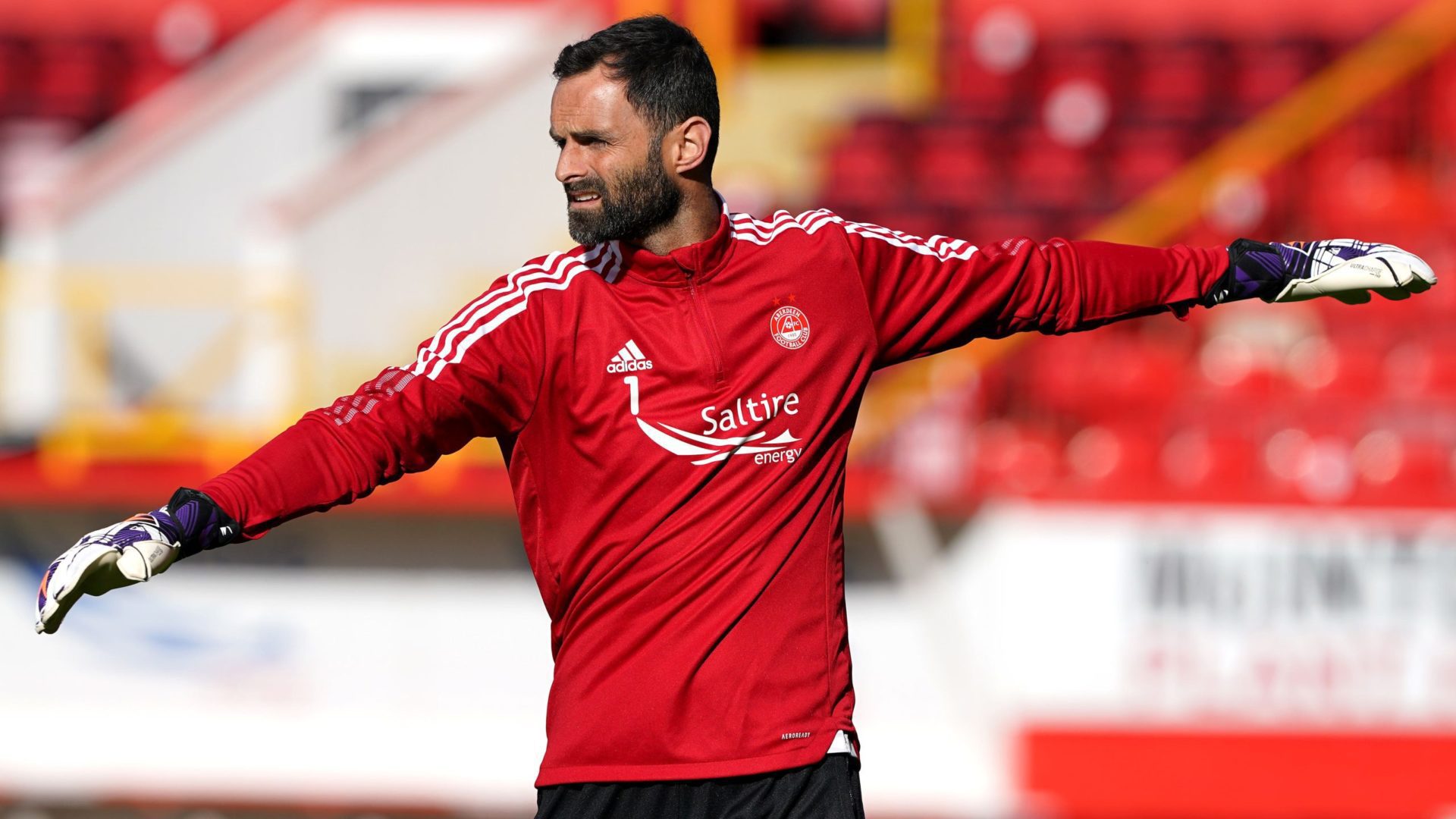 Aberdeen manager Jim Goodwin has assured Joe Lewis he remains prominent in his thoughts for next season even though he plans to bring in a new goalkeeper.

The 34-year-old club captain has made more than 200 appearances for the Dons since arriving in 2016, but his form has dipped this term, leading to speculation about whether his time as number one at Pittodrie is coming to an end.

However, Lewis has excelled in his last two games against Dundee and Hibernian, and Goodwin has told him he will have nothing to worry about if he can maintain that form.

“I had a very good chat with Joe just after training there – very informal – just congratulating him on the last couple of performances because without him we wouldn’t have picked up the four points we did,” said Goodwin.

“We were very lucky in the opening 20 minutes against Dundee and at the weekend he made two really good saves against Hibs.

“Joe has had a disappointing season, he admits that himself. He’s big enough and strong enough to know these things happen and confidence plays a big part. But Joe is still relatively young in goalkeeper’s terms.

“I said that to him today – you only need to look at what (Rangers goalkeeper) Allan McGregor and (Hearts and Scotland goalkeeper) Craig Gordon are doing at 40 years of age.

“Joe is a very fit boy and is in great shape.

“He’s had a dip in form but he’s shown in the last couple of games he’s still a very good goalkeeper.

“I’ve been honest with Joe and told him there will be competition in that position next season. I am looking to bring in another keeper, not necessarily to replace Joe but someone to come in and really compete with him.

“In any position, you need to know there’s someone there breathing down your neck.

“Joe Lewis has a couple years left on his contract, he’s been a great servant to Aberdeen and he’s still got plenty left in the tank in my opinion.

“If he continues to play the way he did in the last couple of games, there will be no issue whatsoever going forward.”

Goodwin revealed he has allowed “fatigued” American forward Cristian Ramirez to sit out the final two matches of the season against St Johnstone and St Mirren to return home and begin his summer break early.

“We’ve decided to give Cristian Ramirez an extra week off just to get himself back to America with the family due to the heavy schedule he has had this season,” said the Dons manager, speaking ahead of Wednesday’s trip to McDiarmid Park.

“He looks a little bit fatigued to me and I put that down to the volume of games that he’s had.

“Prior to coming here, he was playing in the MLS and I think that’s shown in some of his performances of late.

“We’ve given Cristian permission to go and be with his family in America, recharge the batteries and come back in the middle of June for pre-season fresh and ready to go again.”