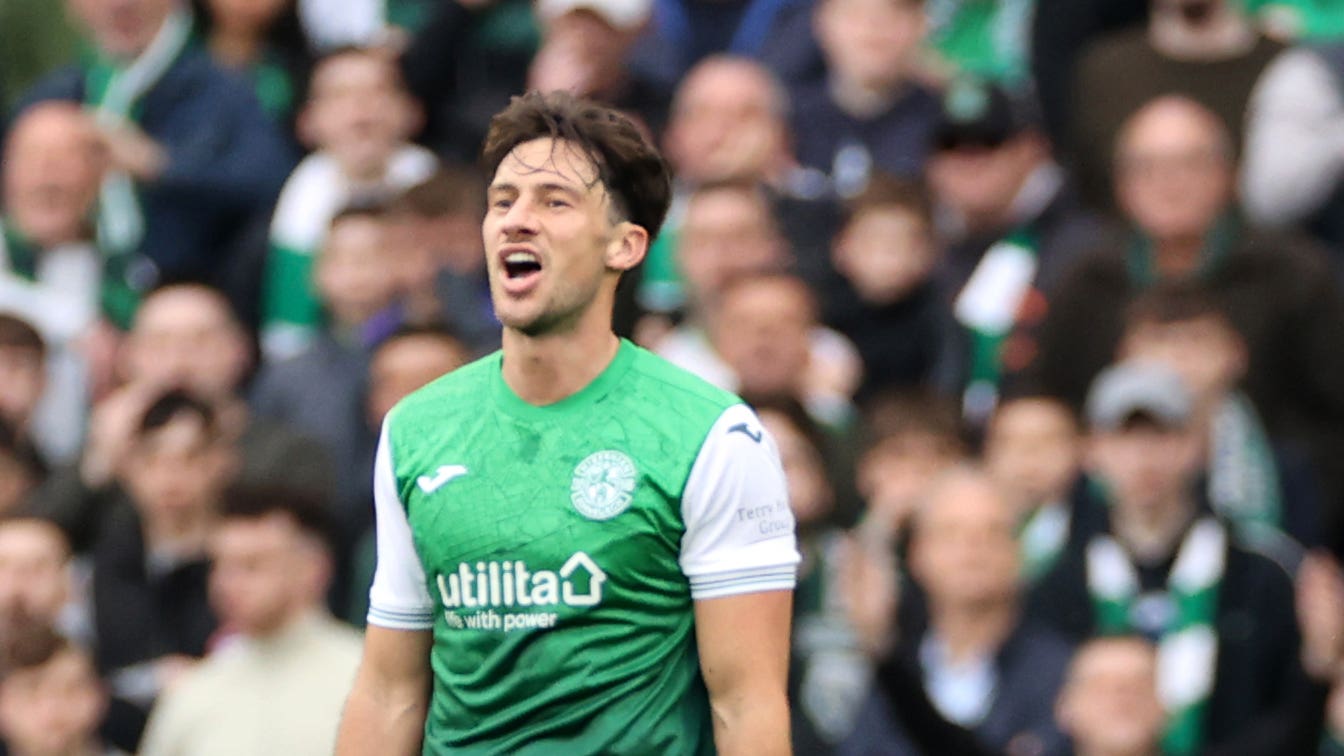 Joe Newell believes the return to fitness of a raft of key attackers will propel Hibernian in the right direction.

Last Sunday’s 3-2 win at Motherwell – on the back of a run of nine defeats in 11 matches – was the first time the trio had started together for Hibs, and midfielder Newell is confident their ongoing availability will help the team get back on track.

“It’s huge to have them back,” said the 29-year-old. “That’s three players of undoubted quality. You have three good players like that, and some of the other players we’ve had injured, it’s going to affect you.

“If Nizzy doesn’t play last weekend, doesn’t score a hat-trick and we don’t win, it would have all been doom and gloom this week. But it’s been good because we’ve got a player of that quality who can do that.

“It’s been hard having them out but they’re back now so we just hope they can stay fit.

“It’s good for me to have guys like that in the team because you can just give them the ball and let them do what they do. We’ve got Ginto (Magennis), who can play wide or centrally, and Geads (McGeady), everyone knows his quality out wide.

“If you give them the ball often enough, they’re going to create chances for players like Kevin.”

Hibs have been heavily criticised in recent months but Newell is adamant they have a squad capable of climbing into the top half of the cinch Premiership.

“There’s a lot of young talented players in the squad mixed with some old and experienced heads as well,” he said. “The spine of the team, the core of the squad is good.

“The club is in a good position. We just need to wait for a bit luck to change and keep improving ourselves. I think we’re going in the right direction.”

Several players have been told they are free to leave Hibs this month as manager Lee Johnson attempts to “unclog” his squad.

Newell insists the possibility of further departures after Nohan Kenneh and Kevin Dabrowski left on loan this week will not disrupt squad harmony.

“It never does (have an unsettling effect),” said Newell. “It happens twice a year, in January and the summer, and you just get on with it and roll with the punches. It’s just part of the game.”

Hibs host Dundee United on Saturday, with the visitors second-bottom of the table after a disastrous start to the season. Newell does not believe United’s current league position is an accurate representation of their quality.

“I think they just got into that losing habit at the start of the season and it can be hard to get out of,” said the midfielder. “I always thought, and I still think, they’ll get away from the bottom.

“They’ve got a squad full of quality. They’re better than where they are. We know they’re a good side and it will be a tough game.”