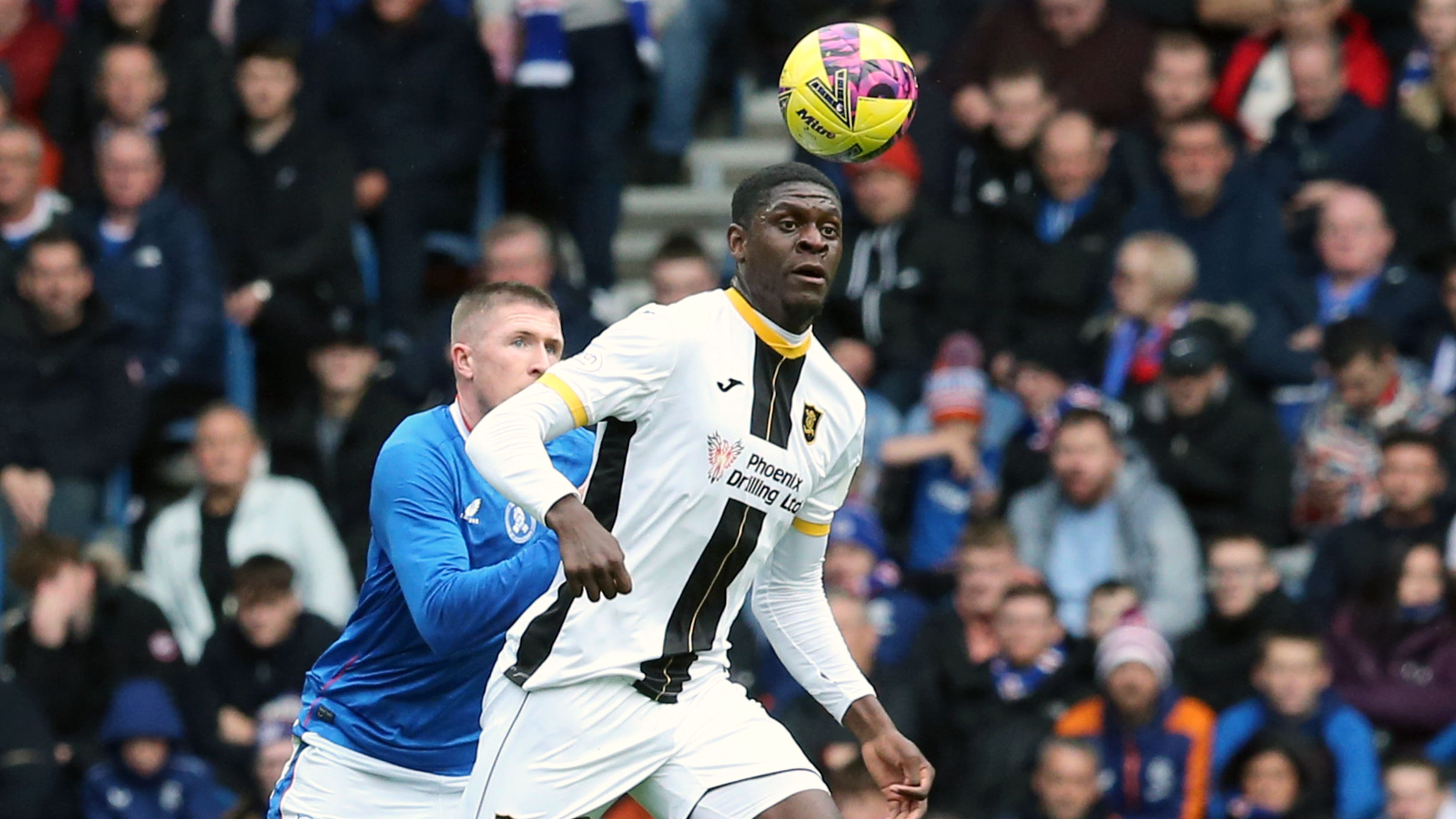 Joel Nouble will only leave Livingston in January for ‘outrageous’ offer

Livingston manager David Martindale has touted Joel Nouble as a potential signing for Rangers or Celtic when the time comes for the attacker to leave the Lions.

The West Lothian club will trigger the option to extend the 26-year-old’s contract until the summer of 2024. They have no plans to cash in on Nouble in the January transfer window but will be open to selling him at the end of this season.

“I actually spoke to the big man yesterday – Joel is not going anywhere in January,” said Martindale. “So if somebody wants to bid for him, it will have to be outrageous because I would be doing Livingston and the players in that dressing room a disservice if I was to allow him to leave this building in January.

“We’ve got ambitions this year and Joel plays a huge part in that. I see Joel being elsewhere in the summer. I spoke to him and was very honest about that.”

Martindale believes Nouble has the type of attributes that should make him of interest to Sky Bet Championship clubs as well as Celtic and Rangers.

“I’d be surprised if we don’t see some interest in him in the summer because he can play as a 7, a 9 or an 11,” said the Lions boss. “His numbers are getting better, definitely in terms of the wide areas.

“I’d say that outside of Celtic he is one of the best wingers in the Scottish Premiership. He’s been fantastic for us. He’ll be staying here in January unless something outrageous comes in, but hopefully he can leave the club in a very good place in the summer.