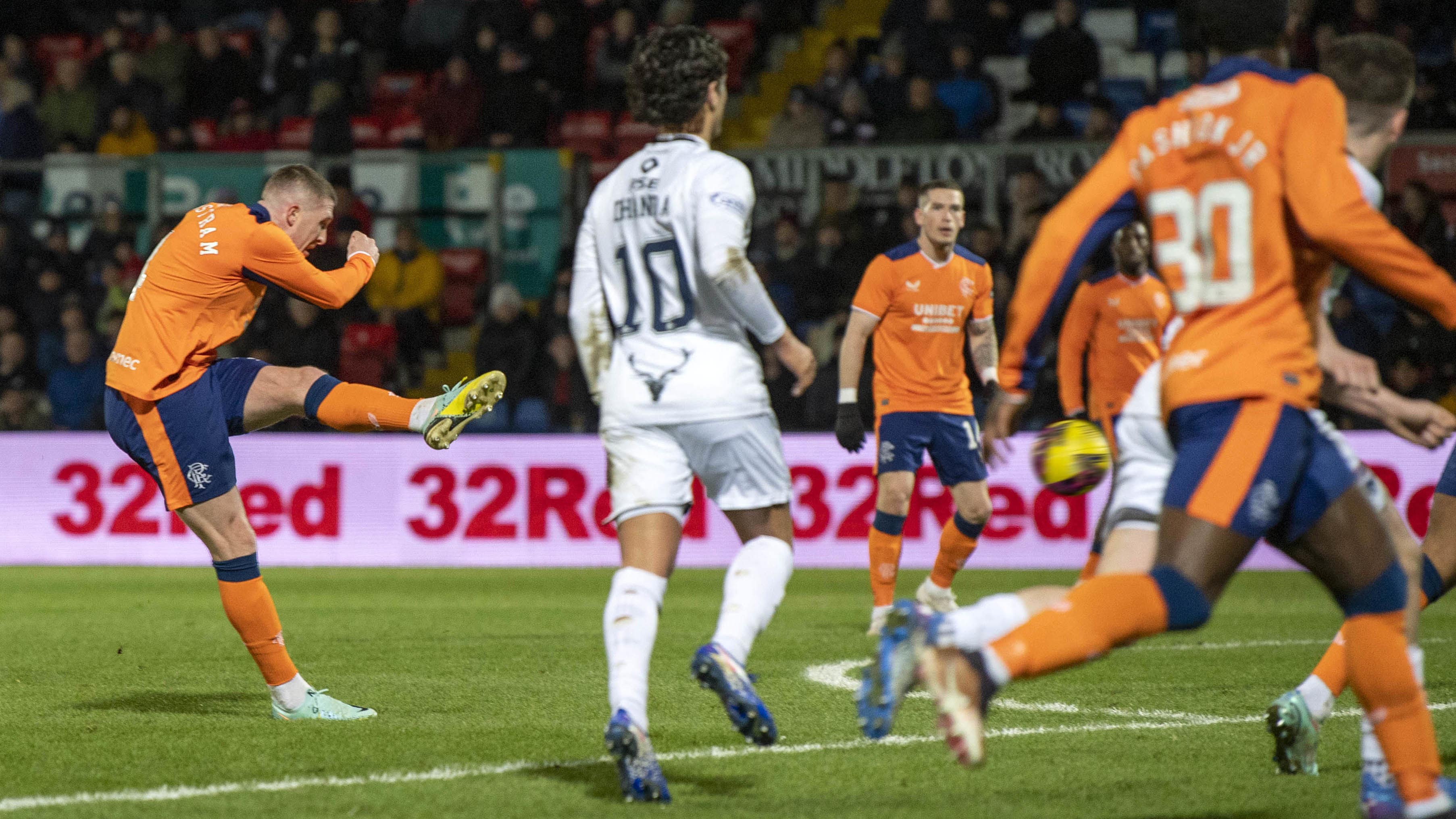 By By Ronnie Esplin PADecember 23, 2022No Comments

John Lundstram’s first-half strike gave Rangers a slender 1-0 cinch Premiership win over Ross County but it was a far from sparkling performance from Michael Beale’s side.

After two exciting 3-2 comeback wins over Hibernian and Aberdeen respectively in Beale’s first two games as new Gers boss, it was a less eventful match in Dingwall.

Returning midfielder Lundstram scored what proved to be the winner in the 35th minute of a stodgy performance which made it three wins out of three for the former Rangers assistant coach, who will be pleased with the clean sheet if not the overall display.

Rangers moved back to within six points of leaders Celtic – who host St Johnstone on Saturday – but Beale will have been reminded that there is lots of work to be done with this Light Blues team if they are to stop their Old Firm rivals retaining the title.

With some players having to play through the pain barrier with injuries, Beale had said he would make five changes and in the event made four with goalkeeper Jon McLaughlin, Ben Davies, Scott Arfield and Lundstram coming back in.

Number one goalkeeper Allan McGregor was missing altogether with illness while James Sands, Ryan Jack and Alfredo Morelos dropped to the bench.

County, with Connor Randall, captain Keith Watson and David Cancola back in the side – Jack Baldwin was suspended following his weekend red card against St Johnstone – worked hard to stifle the visitors from the start.

Rangers, with Lundstram initially dropping back between Connor Goldson and Davies to start attacking moves, took control of possession but struggled to penetrate.

Indeed, the first clear-cut chance of the game came for the home side in the 19th minute and they should have scored.

Jordan Tillson’s looping cross from the right to the back post found George Harmon but his header from four yards was blocked by the quick reactions of McLaughlin.

Moments later, the Ibrox defence was again breached and this time Owura Edwards sent a shot wide from a tight angle.

It was all a bit of a struggle for the Govan side before a moment of quality from Lundstram broke the deadlock.

Striker Fashion Sakala squared the ball to the midfielder who, from 20 yards, had time and space to send a well-struck left-footed drive low past County goalkeeper Ross Laidlaw.

Rangers were no more fluid or cohesive at the start of the second half although it took a good save from Laidlaw in the 54th minute to foil Sakala, who was set up by young full-back Adam Devine.

It was the last notable action from Sakala before he was replaced by Morelos, who soon had an effort on goal fly wide.

Jack and Rabbi Matondo took over from Arfield and Malik Tillman and Rangers continued to boss possession but the second goal did not appear imminent.

The visitors had the chance to settle it in added time only for Laidlaw to thwart Matondo in a one-on-one battle but the points remained Ibrox-bound.