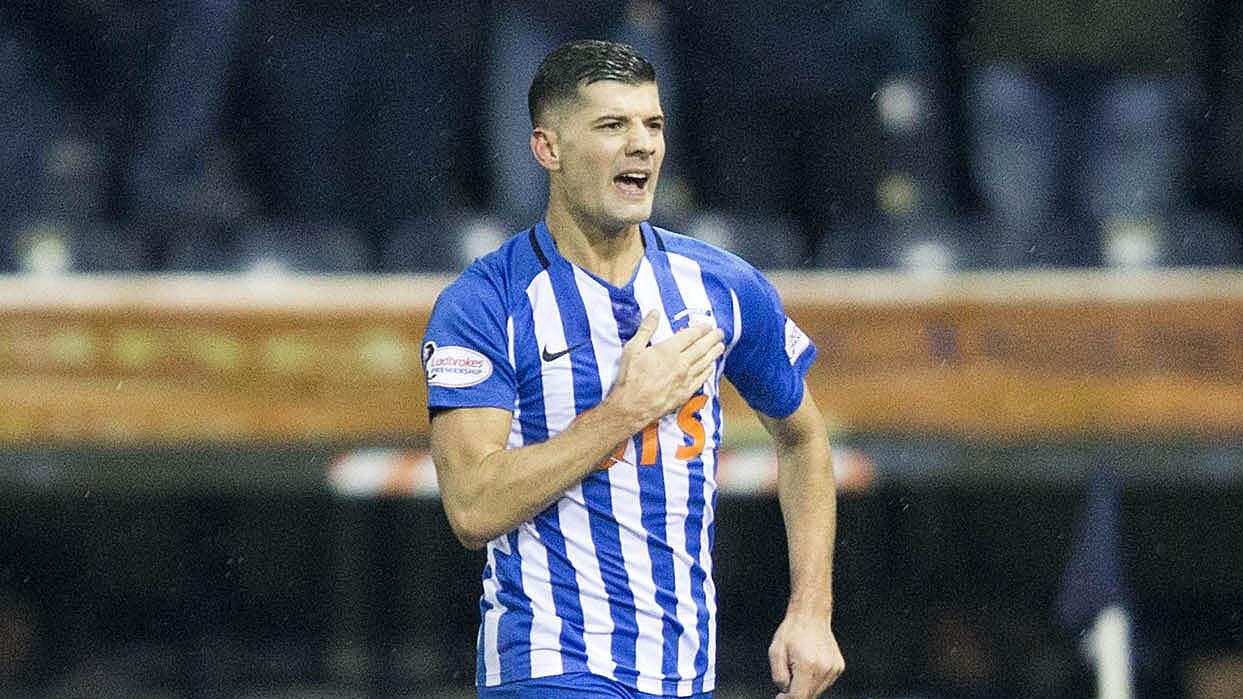 Jordan Jones has vowed to win over any Kilmarnock supporters still irked by the manner of his departure from Rugby Park in 2019.

The 27-year-old Northern Ireland winger has returned to the Ayrshire club on a season-long loan from Wigan in an effort to get his career back on track.

Jones made more than 100 appearances during three largely fruitful years with Killie after joining from Middlesbrough in 2016.

However, his relationship with the club’s fanbase deteriorated somewhat when he agreed a pre-contract with Rangers in January 2019 and immediately expressed his excitement about his impending move on social media while still midway through his final campaign at Rugby Park.

“I think with the fans, the majority appreciated what we all achieved in my last season here, but I know I made a few mistakes on my way out that I regret and if I could change that I would,” he told Kilmarnock’s website after returning to the club on Tuesday.

“Nobody is perfect and everyone makes mistakes. I am 27 now and a lot more mature, I am a dad now so life has changed a lot since then.

“I know the best way to get fans back singing my name is by scoring goals and creating assists and I am keen to get going as soon as possible.

“In terms of playing-wise I spent a couple of the best years of my career here, I’ve had a difficult 12 months but I am desperate to get back to my best and what better place for me to do that than Kilmarnock, which feels like my home.

“I am here to help the team and hopefully we can have a really good season and achieve success together.”

Jones joined Wigan from Rangers last summer on a three-year deal but his move south has not worked out.

He spent the second half of last season on loan at St Mirren, and Kilmarnock manager Derek McInnes is hoping a sense of familiarity will allow his latest recruit to get back to his best.

“Jordan is obviously familiar to the club,” McInnes told Sky Sports. “We’ve been working hard on that one over the last couple of weeks. We feel he’s the type of player we’re going to need.

“He brings a bit more speed and creativity and we need that added goal threat in the final third.

“Jordan being here before helps matters because there’s no messing about coming in.

“He’s familiar with his surroundings. It’s an important move for Jordan in terms of playing regularly and getting his career going again.”