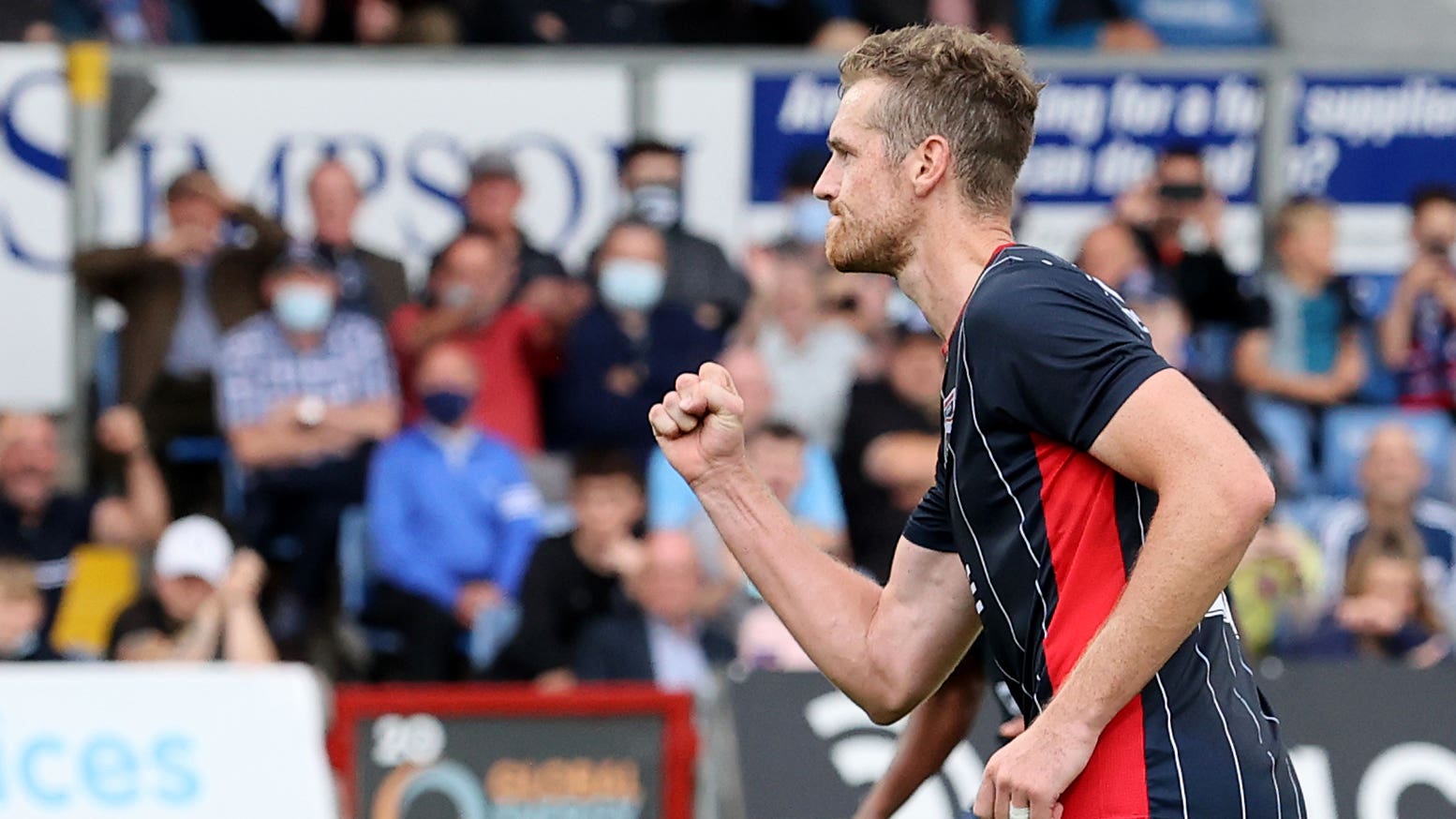 Jordan White is looking to continue his impressive record against Rangers and improve Ross County’s.

The striker scored five goals in the cinch Premiership last season – and four of them came against Rangers.

County have never beaten Rangers but they drew 3-3 with the Ibrox side last season and White is looking to go one better at Dingwall on Friday night.

“I love these games and if I get a chance I will be looking to put it away again, absolutely,” he said in a club video.

“Rangers is not a team we have ever beaten. Obviously it’s easier said than done but, if we could do that, it would be a nice end to the year.”

Rangers have come from behind in each of Michael Beale’s first two games in charge to beat both Hibernian and Aberdeen 3-2 and White is looking to take advantage of any defensive vulnerability.

“The last two games there have been a lot of goals at both ends of the park,” the 30-year-old said.

“They will be looking not to concede like they have done in the last two games but there’s things we will look at and we will go into it confident.

“It’s a huge challenge ahead of us but we are looking forward to it.”