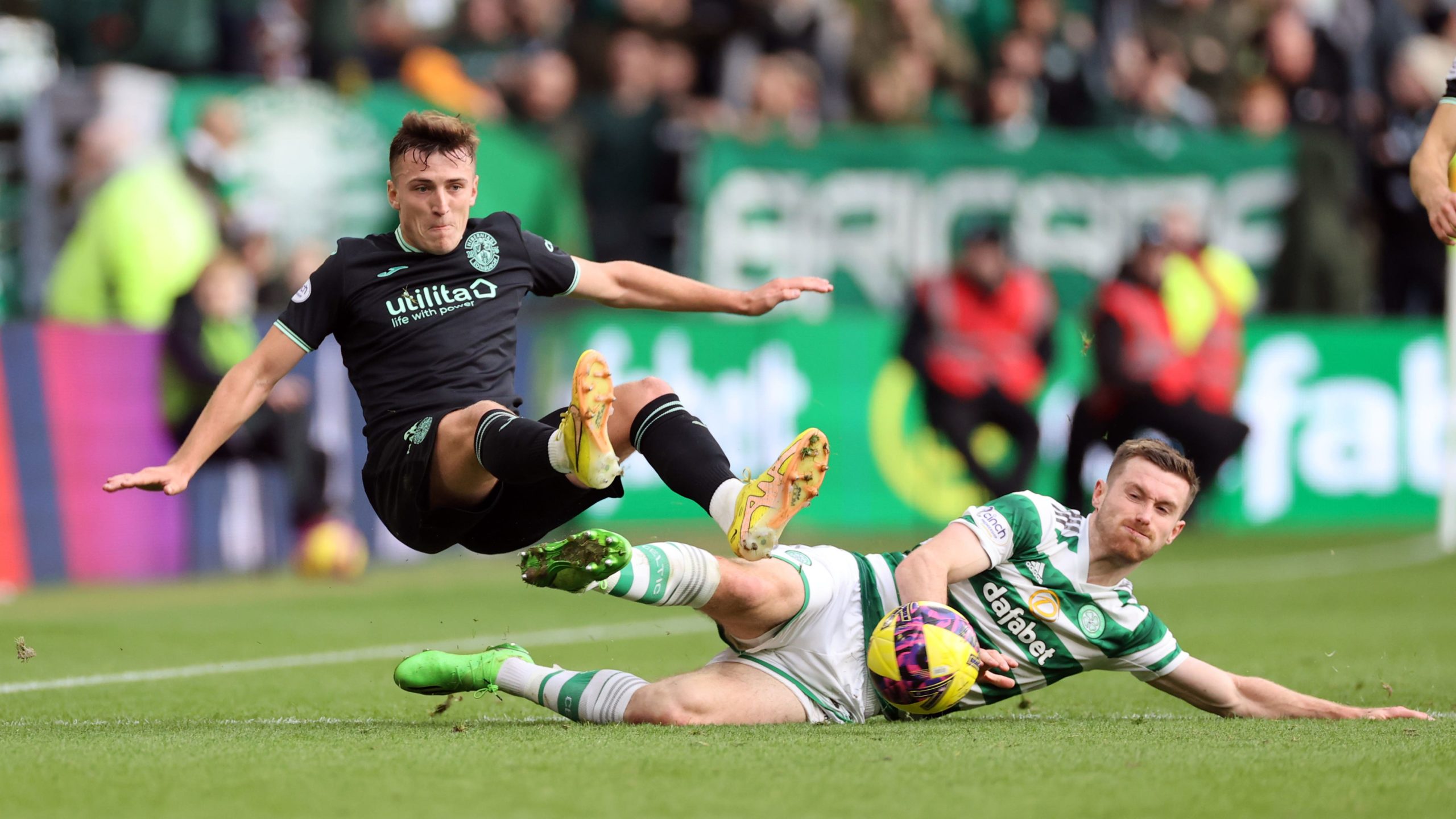 Hibernian midfielder Josh Campbell is glad that Scottish football is at last introducing VAR to the game.

St Johnstone’s visit to a sold-out Easter Road in the cinch Premiership on Friday night will have a Video Assistant Referee for the first time in the competition’s history, with experienced whistler Willie Collum operating the technology while Kevin Clancy will be the man in the middle.

Campbell looked forward to an historic night in Leith and is fully in favour of playing under a system which is now widespread in world football.

“It is happening everywhere in the world and we are the only ones who are slightly behind. So I think it will be good for everyone.

“Obviously there will be some questions about it, but I think it is good that we are catching up with the rest of the world.

“It will help everyone, players and officials, and I think it is good for the game.”

Campbell admits part of his game is being “a pest to defenders”, which will make him a little bit wary in how he performs his role in VAR’s debut.

He said: “You have to be that little bit cautious in what you do. But I will keep to my game and get in people’s faces, which I have been doing quite well this year.

Campbell is looking for Hibs  to bounce back from the 6-1 thrashing by league leaders Celtic at Parkhead last Saturday.

Boss Lee Johnson was heavily critical of his players despite remaining in third place in the table.

Campbell, who came through the youth system at Easter Road, said: “We had a meeting, we all spoke about it and obviously it was a very disappointing day.

“We all let ourselves down and most importantly we let down the fans and the club.

“It has been put past us and we need to move on, it is a big game coming up and that is what we are focused on.”