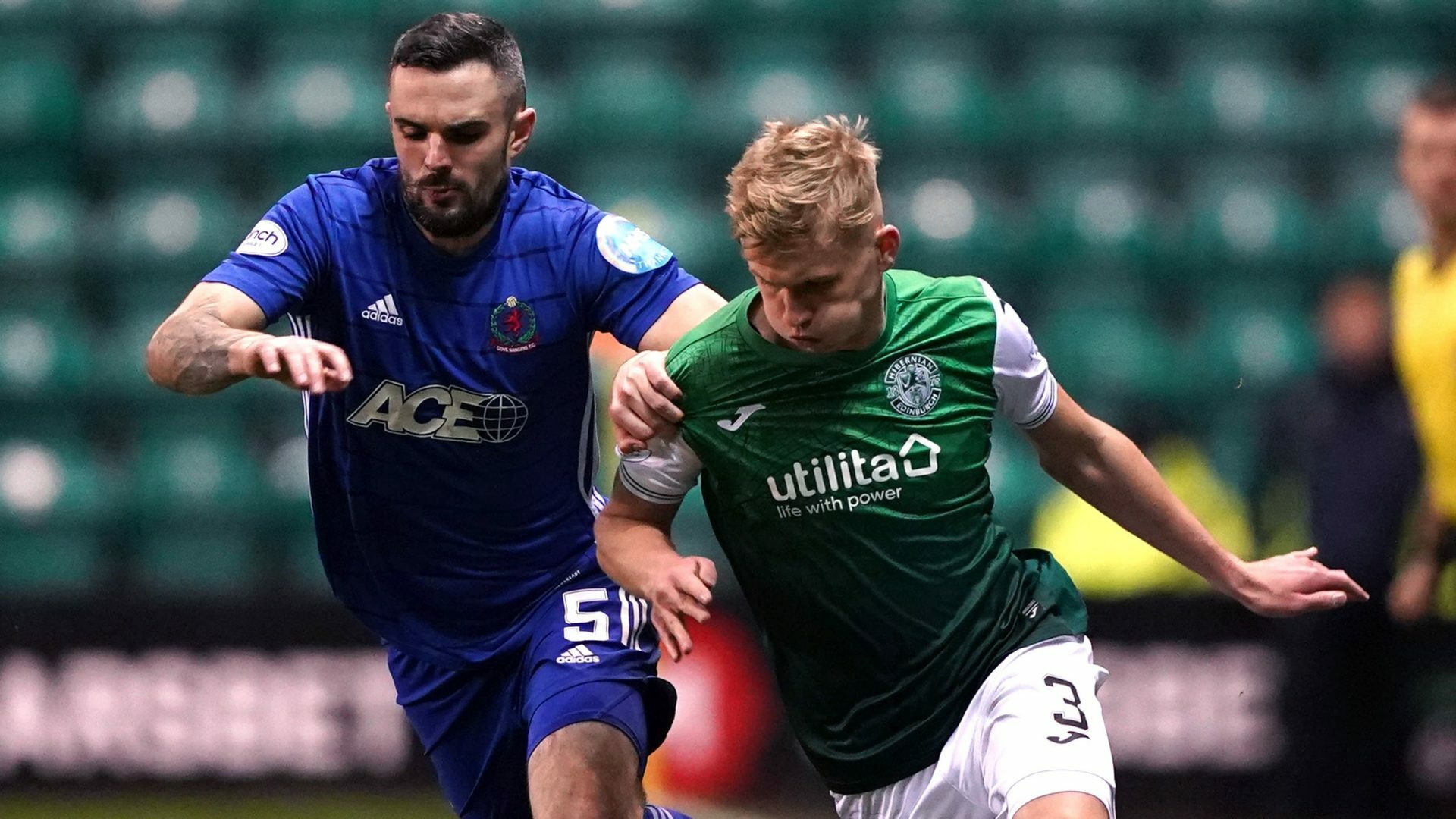 Teenage Hibernian defender Josh Doig believes he has got himself back on an upward curve after a difficult start to the season.

After a stunning breakthrough last term, the 19-year-old struggled to deal with speculation about his future over the summer – with Watford among those heavily linked with him – and it took a toll on his form.

However, he believes he has matured as a footballer over the course of the past season.

“Last season was full of ups and downs but this season there has been more downs,” he said. “I had a wobbly start to the season because I wasn’t used to all the speculation. It was hard to get my head around but once I got back on my feet and started playing my game again, I feel like I’ve been more composed and brought more maturity to my game.

“I’m still a young player but I’ve played 70-odd games for the club so I can’t act like a wee boy any more. I need to step up and be an adult and that’s what I’ve been trying to do this season.”

Doig’s return to form is highlighted by the fact he has been nominated for PFA Scotland’s Young Player of the Year award for the second season running.

“It’s always an honour to see your name up there with other big names,” he said. “That’s two years in a row for myself and it’s an absolute honour. I’m looking forward to the dinner on Sunday.”

Doig has shone despite his club sacking two managers over the course of a difficult campaign, with Shaun Maloney axed last week, just four months after replacing Jack Ross.

“Obviously the results haven’t gone the way we wanted this season,” he said.

“The manager leaving – although I’d been through it before with Jack Ross – was a shock. It’s not nice to see anyone losing their job. That’s when everyone needs to be professional and lift themselves to do their bit for the team.

“One of the main things I’ve learned this season is to focus on the football. A lot goes on in the press and people leaving the club and things like that, but at the end of the day you can only focus on yourself.

“I just need to make sure I’m giving 100 per cent in every training session.”

Roy Keane and Phillip Cocu are among the names to have been linked with the Hibs job.

“There’s always speculation,” said Doig, speaking ahead of Saturday’s trip to Livingston. “I’ve learned that myself from the start of the season.

“Twitter and all that can go anywhere (in terms of rumours) so you know there are always going to be big names linked with a big club like Hibs.

“I don’t think the players really get caught up in all that. The more experienced players know to bring the team together, keep away from all that (speculation) and make sure we get results back on track.”